STAR TREK BEYOND – MUSIC FROM THE MOTION PICTURE Review 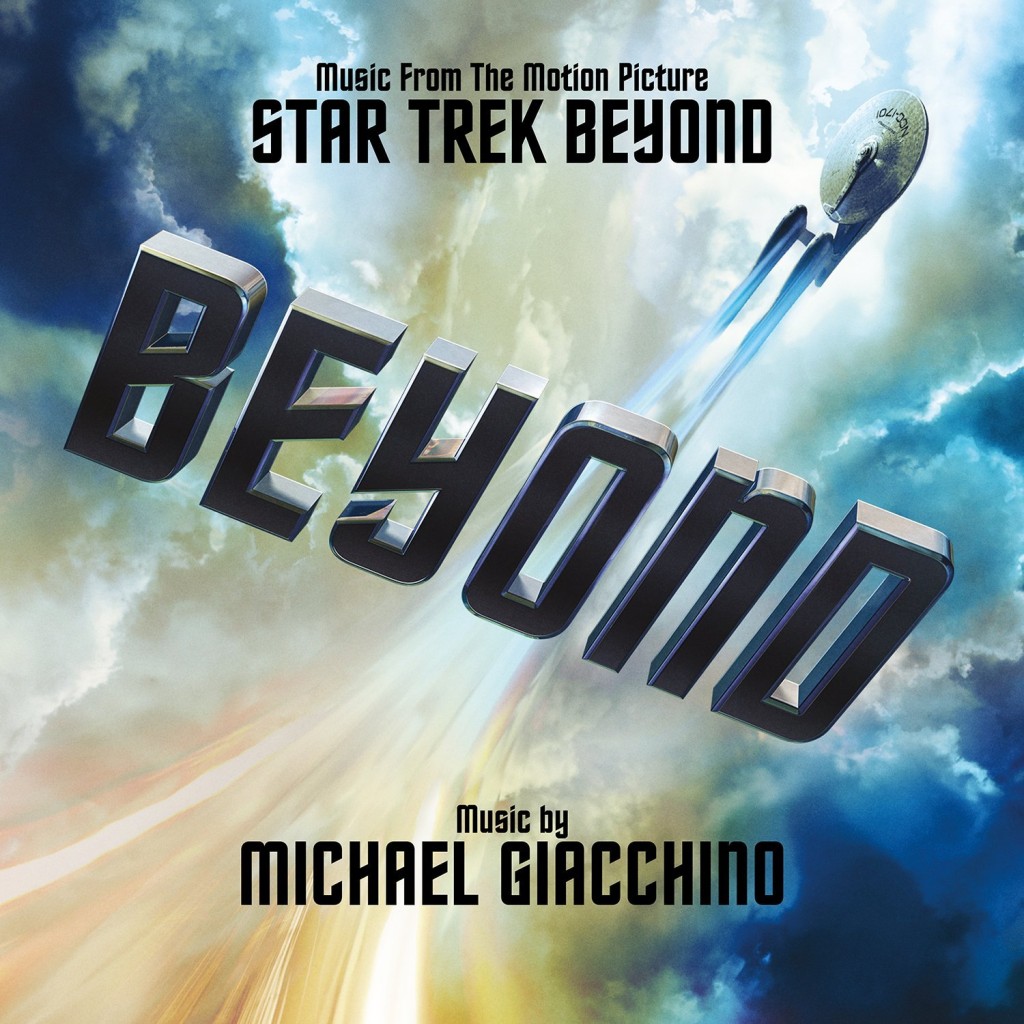 For years the final frontier was scored by the likes of Jerry Goldsmith, James Horner, Dennis McCarthy, and Alexander Courage. Since 2009, one man has been taking us where no one has gone before, Michael Giachinno. He was brought to the Star Trek universe by long time collaborator JJ Abrams. What I found both refreshing and unique about Giacchino’s first Star Trek score was how new it was and yet utterly familiar. He has returned for the third film, and the music is just as refreshing.

It is “Night On The Yorktown” (track #3) which first grabbed my attention as something new. In fact, that track kicks off a slew of music that is unlike anything I’ve ever heard on Star Trek. In the film, the Yorktown is a new space station. Do not think of the small space stations from the TV series. What elevates this platform in space to a monument to humanity is Giacchino’s music. It would have been easy to pull into a space dock, get out, and go on with the story. Instead, we are treated with a chorus that helps elevate how incredible this place is. Why does that even matter? We are only given a few short minutes there, story-wise, and this music makes Yorktown special. It’s an elegant way to make a thing matter for a story where so much is going to be destroyed.

“Dance of the Nebula” (track #4) has Giacchino’s Star Trek theme at its beginning. Yet, as the crew moves further and further into the Nebula, we are given a deep mystery to unravel in music. There are great hints of John Williams’ Empire Strikes Back score here, mixed with James Horner’s Wrath of Khan in a foreboding underlined beat that emerges to reveal the horror that lies behind this wonder.

“A Swarm Reception” (track #5) easily could have flown with strings swirling into a frenzy as Krall’s ships surround the Enterprise. Instead Giacchino gives us harps, pounding snare drums, and trumpets. It’s a blur of chaos with death blows pounding on our beloved ship. This never really ends as “Hitting The Saucer A Little Hard” (track #6) opens the doors to our story at hand. It’s as if we get John Williams’ “Desert Chase” from Raiders of the Lost Ark with a Sci-Fi feel moving the story forward. Giving us no time to breathe.

This was a different score for both Giacchino and Star Trek. At no time did one track emerge as a particular favorite. In fact, I had to see it first to fully appreciate what he had accomplished with Justin Lin’s movie. That may sound strange, but his score for Jupiter Ascending (see our review here) is a masterpiece, and needs nothing from the Wachowskis to paint you a brilliant Sci-Fi epic. The music to Star Trek Beyond remained with me long after the film was over and long after I turned off my iPod. In fact, it is true ear worm music that returns me to the bridge of the Enterprise time and time again.

Order STAR TREK BEYOND – MUSIC FROM THE MOTION PICTURE here from Varese Sarabande.