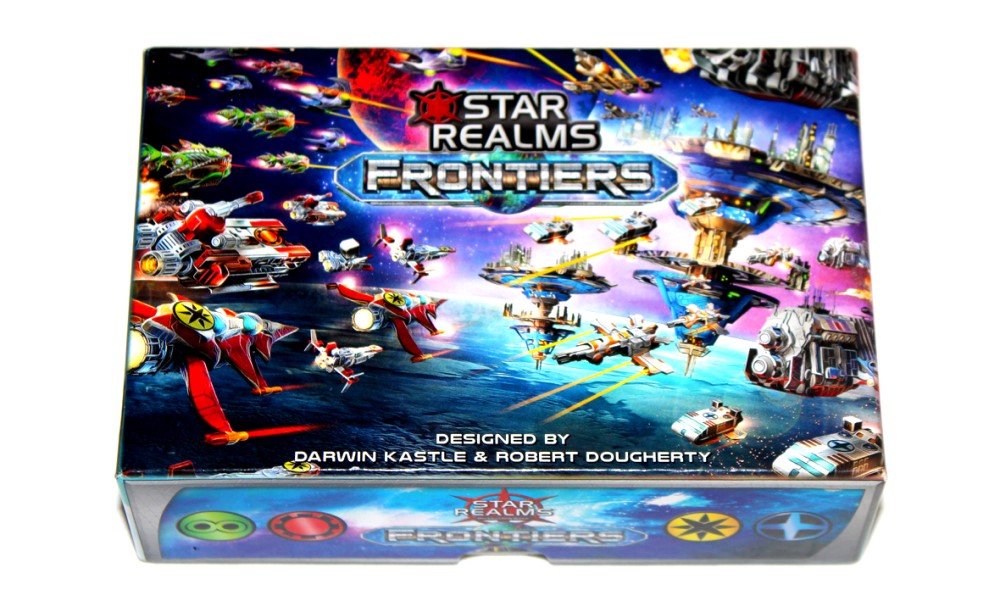 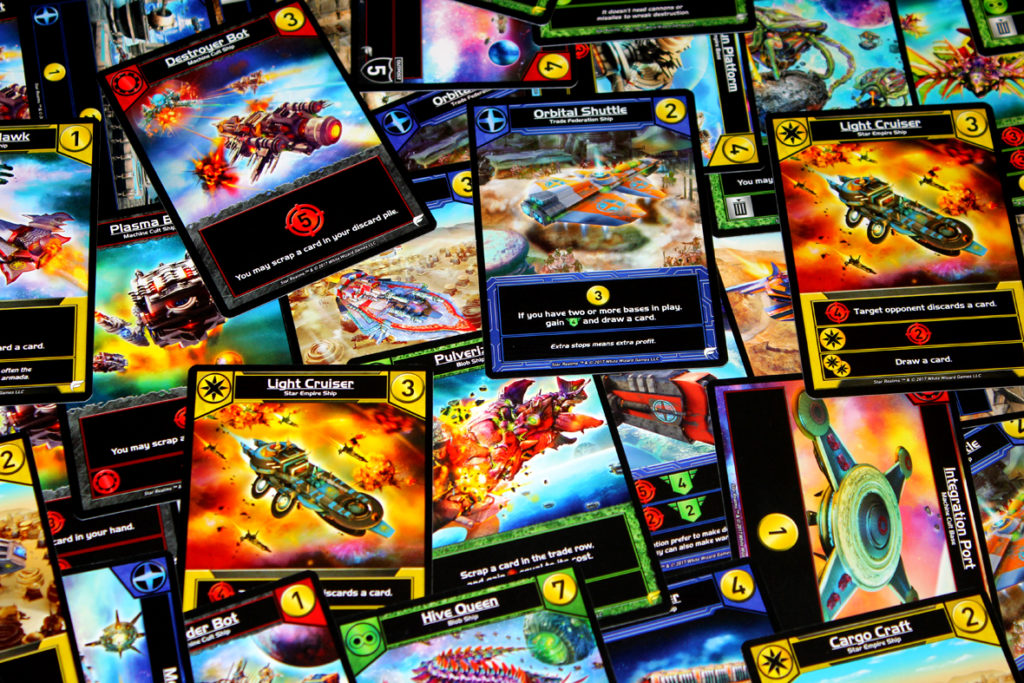 Star Realms: Frontiers comes with 80 new trade row cards (20 in each of the 4 factions) and 8 oversized Mission/Boss cards for the co-op play. On top of all of that, you have everything you need to make this a standalone copy of the game: authority counters, starting decks, and enough explorers for 4 players to play a regular game of Star Realms.

Setting up a solo or co-op mission is very much the same as in the base game. You’ll setup the trade row and explorer cards as normal, and everyone gets a starting deck. From there it all depends on which Boss you’re playing against. They all have setup instructions on the back and a little more detail in the rulebook too. Draw your starting cards and use money to buy other cards, use attack strength to attack another player, and heal your own hit points.

Using the trade accumulated by your played cards you can purchase cards from the trade row. Most cards that you add to your deck belong to a specific faction and can trigger faction bonuses when played with other cards from that faction. Each faction specializes in something different. The blue faction gives you health, the yellow lets you draw more cards, the red helps you get rid of weak cards and the green hits your opponent hard. There are other things you can do with each faction as well.

Combat is simple. Attacking your opponent involves merely seeing how much attack strength you have and your opponent decreasing their health by that same number. Combat is affected by players having bases. There are two types of bases in the game. No matter the type of base it has a defense rating that determines the attack needed to destroy it. If it isn’t destroyed it stays in play until it is. Outpost bases are a little different in that they must be attacked first whereas other bases can be ignored, and damage dealt straight to the opponent bringing them closer to destruction. After you have added any health accumulated from the cards you discard cards and draw a new hand of cards. Play continues until one player is reduced to zero health.

One thing I loved is that the solo game plays just as well as the multi-player game. The ease of setup and play makes the game a great option for when you only have a short amount of time to play a game. It’s also easily transportable making it perfect for taking on trips. It’s a fun, solid challenge for new or experienced Star Realms fans. At just $20 bucks Star Realms: Frontiers is also a great bargain with plenty of bang for your buck.