With Spider-Man: Homecoming gaining both critical and fan praises, I thought it was time to release my review of the film’s score by Michael Giacchino. Now, despite the film being released (officially by Sony, yet clearly spearheaded by Marvel), it seemed like a no-brainer to tap the man who delivered scores for both Doctor Strange and Rogue One: A Star Wars Story for Disney. Giacchino is clearly the go-to composer these days as he has not only a Spider-Man score out now, but is about to release another for War for the Planet of the Apes (our review of that score arrives next week).

Before we get into Giacchino’s work on Spider-Man, I have to say that I am a huge fan of Danny Elfman’s Sam Raimi Spider-Man scores. Though in hindsight, I think they sound a lot Elfman’s Planet of the Apes (2001) score. There is a significant theme there that is memorable and identifiable. Therein lies the problem with Giacchino’s score. However, I don’t think the fault lies in with the composer. I think the fault lies with Marvel Studios. None of the scores for their Marvel Cinematic Universe films are memorable. The rub here (especially if you are someone who pays attention to movie scores and their films), is that the DC Comics Cinematic Universe has mediocre films with fantastic scores. I loathed Batman v Superman: Dawn of Justice, but Hans Zimmer and Junkie XL composed a fantastic score to a film that needed all the help it could get (see review). I will echo those sentiments for Zimmer’s Man of Steel soundtrack as well. Zimmer’s music elevates that film to a plateau it could not reach on its own. Perhaps that is the key to my dilemma with MCU. The movies themselves linger and do not need that extra elevation, but why can’t we have both the great film AND score?

I am a fan of Giacchino, so much so that I requested his War for the Planet of the Apes score just two days after I received Spider-Man: Homecoming. The comparison was notably different. In just one play of the Apes score, I found myself looking at each and every track name. With Spider-Man: Homecoming, I did this once. Once in the whole week that I had it, which is odd because I think that Giacchino is a fantastic composer. The first score of his that I really took notice of was The Incredibles. Yet, the one that really cemented me as a fan was Jupiter Ascending. That film is a trainwreck, but the score is so epic it is as if it was composed for a David Lean film. I even think Giacchino was robbed for a nomination for Inside Out at the Oscars last year.

So what do I like here in Spider-Man: Homecoming? The answer to that is obvious, Track #1 “Spider-Man Television Theme”. This track is by far the best one on the whole album and perfectly set the tone for me in the theater. It really was a homecoming and put me in a great mindset of the entire film. “Academic Decommitment” (Track #3) is very much in the same vein of Giacchino’s Inside Out. He keeps the pulse of the filming moving and it is uplifting. It is here that we actually hear a theme for this film, which returns again in “Drag Racing / An Old Van Rundown” (Track #6). Other than that, I am at a real loss.

I think the heart of conundrum lies in the aforementioned MCU score problem. The films are spectacular and a lot of fun, without any added frills from the score. In short, the music does its job and the beat goes on. Giacchino has a unique ability to take existing properties’ music (see Star Trek and Jurassic Park) and blend them into something new by adding his own flavor. When that first track arrives you expect to see and feel that “Television Theme” throughout the film. It just spins away as fast as it arrived. I am not put off by this score, I was just hoping Giacchino would do the one thing the likes of Brian Tyler (Iron Man 3, Thor: The Dark World, Avengers: Age of Ultron), Alan Silvestri (The Avengers, Captain America: The First Avenger) and even Danny Elfman (Avengers: Age of Ultron) have not been able to do: deliver a memorable MCU score.

Order the soundtrack here on Amazon. 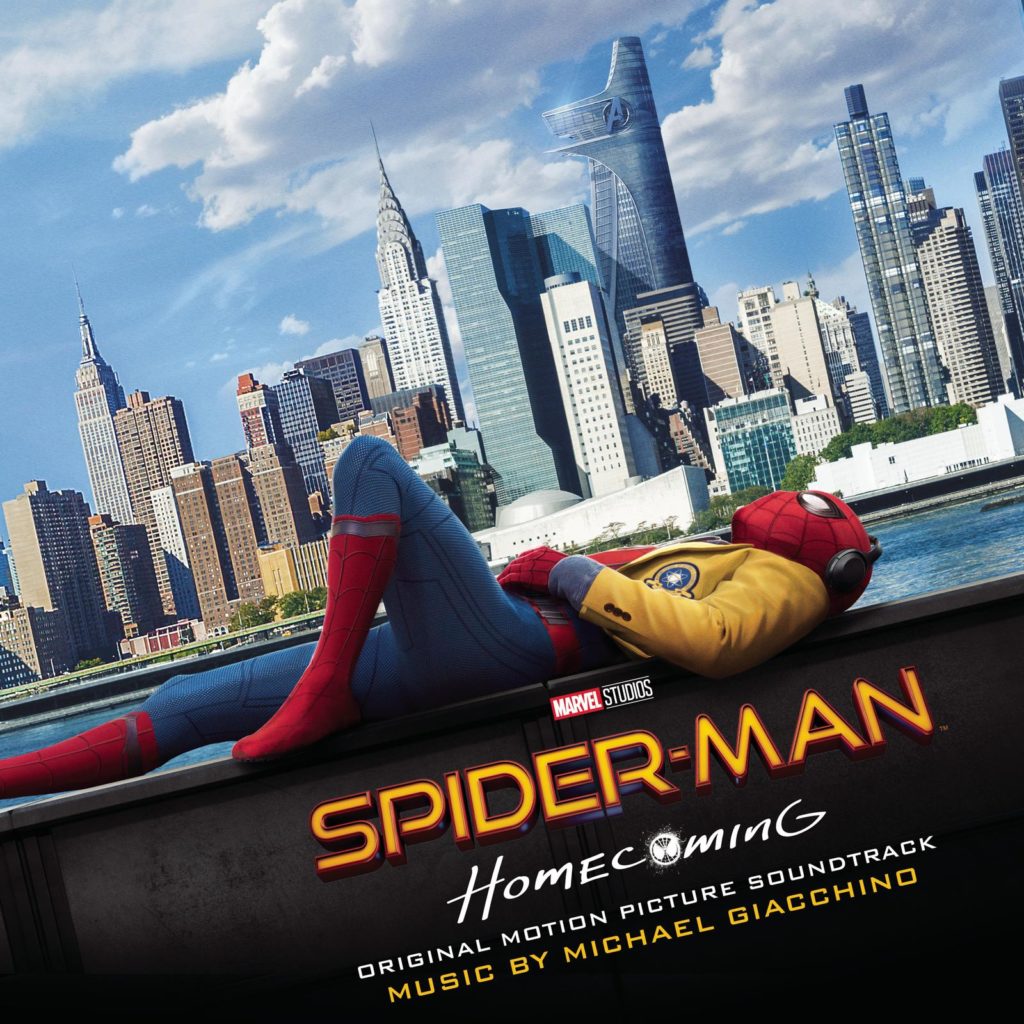