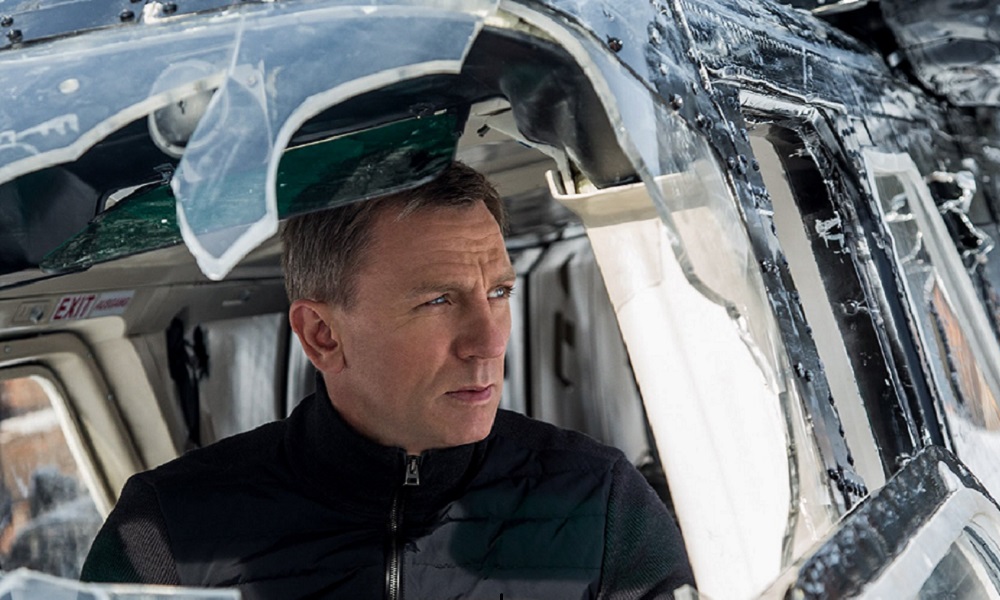 Spectre ranks as fair-to-middling Bond at best, and in some ways that doesn’t matter. Like pizza, Bond is good even when he’s bad, and Spectre is a long way from bad. But after the glory that was Skyfall, returning director Sam Mendes seems unsure of where to take the character or what to say about him. The film succeeds when he finds that voice – the forward impetus that has delivered such depth and nuance to the figure during the Daniel Craig era – but ultimately, he can’t go anywhere especially interesting with it. Instead, he falls back on standard Bond notions that we officially gave up on somewhere mid-Brosnan, and while some are still welcome (the gun-barrel intro is back where it belongs) the rest feels a little too much like sloppy seconds.

Also, I’m pretty sure this is hands-down the worst theme song ever, which ironically highlights the film’s troubles as a whole. We open brilliantly, with 007 in Mexico City on the Day of the Dead. Mendes follows him in a single long tracking shot, dressed in a full skeleton mask and a suit that resembles bones. It’s more than just a pretty locale. Bond has lost everyone he ever cared about, and now walks freely among the ghosts of the dead: one foot in the grave and just looking for an excuse to slip the second one alongside it.

The mental and emotional toll of Bond’s lifestyle makes a great notion, touched on briefly in earlier films but punctuating a terrific chase/shootout/fistfight onboard a helicopter careening out of control over the Zocalo. It gets us good and pumped – both thematically and in terms of the kind of bravura action pieces we expect from the world’s most famous spy. And then that theme song hits us like a wet dishrag, smothering the otherwise spectacular opening credits and leaving us totally stuck in neutral the film proper. From 60 to 0 in 3.2 seconds.

In a lot of ways, the film never truly recovers, though it makes a valiant effort at points and fitfully succeeds on the modest entertainment level. Bond finds himself in search of the titular criminal organization, at the behest of a cryptic email from his late boss M (Judi Dench) and very much against the official wishes of the current model (Ralph Fiennes). The double-O program is being threatened with shutdown, partially due to Bond’s bull-in-a-china-shop theatrics, but possibly with far more sinister motives behind it. In any case, it leaves Bond largely on his own, with a path full of death stretching endlessly before him and leading straight to Cristoph Waltz’s perfectly serviceable villain du jour.

“Perfectly serviceable” is actually a good way to describe the whole film, and the few times it transcends that serviceability only remind you how much better we know this team can be. Mendes has a great eye for staging (watch how Craig dispatches a pair of killers gunning for Monica Bellucci’s Bond Girl) and when he finds the right rhythm, it’s glorious. But too often, the film slips into neutral: set pieces that don’t know where to go, elegant concepts introduced and then abandoned, and a staggering number of characters – Ben Whishaw’s Q and Naomi Harris’s Moneypenny chief among them – simply left on the sidelines while JB does his thing.

The good stuff feels all the more welcome for the film’s reoccurring slides into mediocrity. Lead among them is Dave Bautista, playing Waltz’s heavy and oozing more menace in his little finger than the rest of the assembled bad guys put together. He speaks barely three words – not lines, words – and yet he comes dangerously close to stealing the show out from under everyone’s nose. It’s been twenty years since we had a henchman this good – going all the way back to Famke Janssen in GoldenEye – and Spectre may be worth a look based on his presence alone.

Then there’s the sense of humor, something utterly lacking in the Craig era and which finds just the right moments to make a welcome return. Mendes is too good at his job to blow the delicate tone of the jokes, reminding us that these movies are supposed to be fun without disrupting the grit or verite that made Craig’s stint as the character so instantly beloved.

There’s plenty here to enjoy if you wish, and as I said, this franchise has earned itself a little slack. But Skyfall and Casino Royale both exceeded our loftiest expectations, and as such this effort looks all the more timid in comparison. Its reliance on earlier Bond ideas never becomes entirely unwelcome, but it does make the middle act a bit of a slog, and those expecting Mendes to pull off a hat trick are going to leave gravely disappointed. That doesn’t detract from the film’s better qualities – and since it indeed looks to be the last hurrah for Craig, it gives them a beautiful clean slate to go in any direction with the next one –but it does constitute a big step down from the high standard we’ve come to expect. If you can accept that, you’ll do fine. If you can’t, then Spectre is apt to go down as poorly as a bug in your martini.