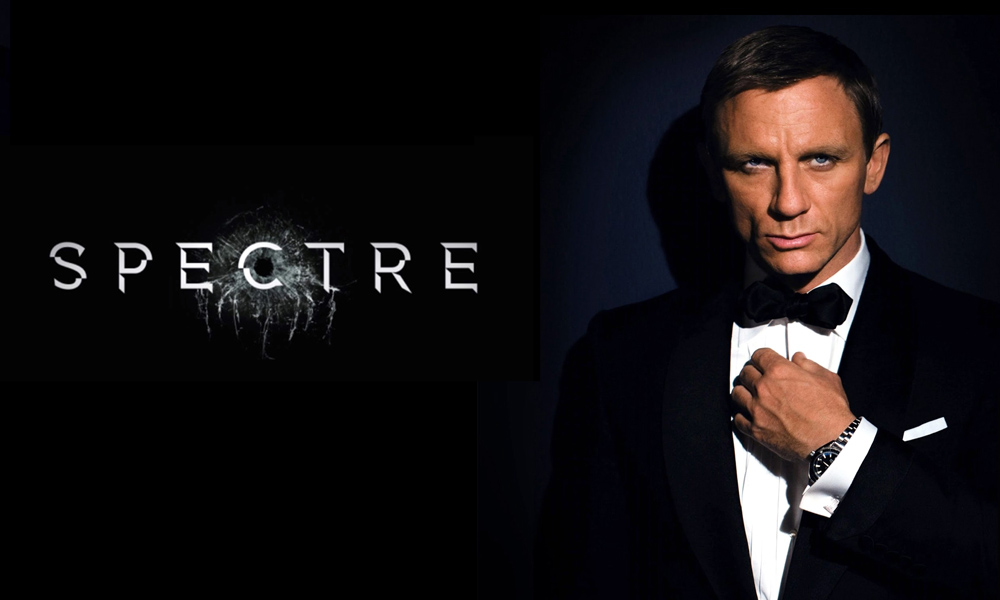 Spectre is the twenty-fourth James Bond film and the fourth appearance by Daniel Craig as Bond. Spectre brings together plot elements and characters in an overarching story line unlike we’ve been treated to in the series’ long and rich history. It also fills in key details about Bond’s early life.

After the death of M, Bond discovers a video she left him which sets him on the trail of an assassin in Mexico. Bond kills the assassin in a harrowing battle aboard a helicopter and takes his ring which is engraved with the form of an octopus. Back in London, the new M, Gareth Mallory (Fiennes) suspends Bond for the unauthorized mission. MI-6 is currently in a power struggle with “C” who is the head of the newly formed Joint Intelligent Service consisting of the merged MI-5 and MI-6. C is looking to disband the “00” section believing it outdated.

With the help of tech genius Q and Ms. Moneypenny, Bond escapes surveillance and travels to Rome, meeting Lucia (Bellucci), the widow of the assassin he killed. She tells him about SPECTRE, a global criminal organization for whom her husband worked. Bond infiltrates a SPECTRE meeting and identifies the leader, Franz Oberhauser (Waltz). Bond is discovered and forced to flee, pursued by another assassin known as Mr. HInx (Bautista).

Bond later meets the dying Mr. White, former member of Quantum who reveals that the villains from the previous films (Le Chiffre, Dominic Greene and Raoul Silva) were all SPECTRE Agents. White provides the information only after Bond agrees to protect White’s daughter, Dr. Madeline Swann (Léa Seydoux). With her aid, Bond locates Oberhauser’s base of operations. Oberhauser, thought dead many years earlier, now is known as Ernst Stavro Blofeld. He not only unveils his plans which go to the top of British Intelligence but also his link to Bond’s past.

While not a perfect film Spectre does what no other Bond films ever really tried to accomplish by trying all of the Craig films together in one package. While it might not be neatly wrapped it was still a lot of fun to open. Blofeld is a re-imagining of the classic Bond villain, last seen in 1983’s “Never Say Never Again”. But here, Blofeld is raised far above being a mere comic book-styled villain to a true global criminal mastermind, responsible for all of the ills that have befallen bond including the deaths of M and love interest, Vesper Lynd.

Now that said, even though we are in 2016, Blofeld makes the classic villain mistake of talking too long and seeking to torture Bond rather than killing him outright, giving our hero a chance to make his escape. This is Spectre’s biggest weakness. We never film that Bond is truly in danger as we did in “Skyfall” but who cares. The action sequences, always the highlight of the Craig films, once again dazzled and took your breath away with spectacular car chases, the aforementioned battle in the out-of-control helicopter, and the desperately narrow escape from the former MI-6 headquarters being demolished by controlled explosives.

Léa Seydoux isn’t your traditional “Bond Girl” and in fact she actually shares that title with the seductive Bellucci. The romantic elements of the Craig films have always been downplayed a bit compared to the Sean Connery or Roger Moore films. Ex-pro wrestler Dave Bautista conjures memories of previous, unrelenting villains like Odd Job and Richard Kiel’s Jaws, who were single-minded in their determination to kill Bond.

An incredible opening title sequence overlaid with Sam Smith’s theme song “Writing’s on the Wall” puts a final bow on the package.

Bond’s Biggest Opening Sequence – Takes you behind-the-scenes of the opening scene in Mexico and the fight aboard the helicopter.

Video Blogs – Fifteen minutes of video blogs on the production