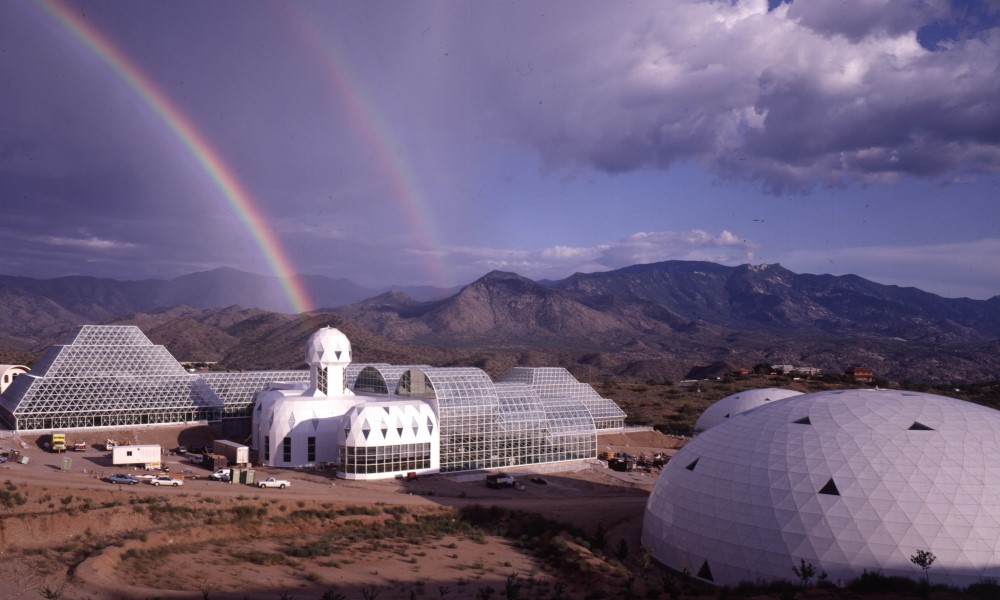 The arc of history is a weird mistress. 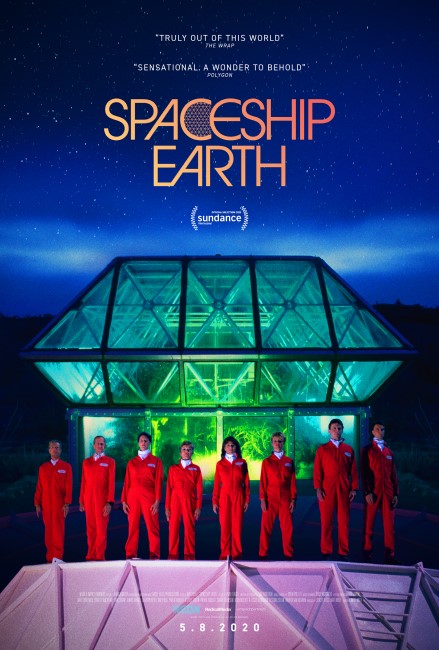 My objectivity for this production may be strained because I grew up in a world essentially defined by these people who considered themselves outliers. What in the 1960s was pioneering and controversial has become so ubiquitous and mainstream that opposing opinions to that prevailing attitude are censored and mocked without question. These hippie rebels created the regime which dictated my education, the contentious politics of my time, the transformation of entertainment into propaganda. Also it’s a little galling to witness college age kids traveling the world and goofing around on the backs of their parent’s money, no matter how many businesses they built from it.

This is the kind of vaunted pomposity and hypocrisy that Pauly Shore and Stephen Baldwin made fun of in the film Bio-Dome. This doc however takes everything stated with crushing severity…even when the project was effectively a failure.
Spaceship Earth is watching and listening to these people congratulate themselves on their pet projects and spastic theater productions. If you live anywhere near my time you have the foreknowledge that ironically their quest for knowledge would led to an epidemic of ignorance, and their pursuit of oneness would divide the world.

Spaceship Earth is essentially the chronicle of a desperate congregation of young people looking for purpose, and they found an ambitious leader who mobilized their efforts into some impressive constructions like boats and buildings. Their efforts cannot be cheapened and they clearly learned a great deal, expended a great deal, and accomplished some amazing things. The sheer scope of their experimentation is impressive.

From a pure production standpoint, the breadth of footage is incredible, the interviews are on point. Soothing music permeates the comprehensive experience. There’s a lot of manipulative cues like harsh horns during dramatic beats, but I guess that’s just the way documentaries work nowadays.

As a tale of egos run amok, childlike innocence shattered, and real world problems disrupting the most decent of intentions it’s a fascinating ride. The disingenuous attempt to pretend that ‘everything would have been all right if it hadn’t been for…’ cheapens the quality of this film as history rather than dramatization of history.

After all, we’re right now basically living the dream of these people: an entire generation brought up with their values and fears. And yet they’re probably still unsatisfied, as are many others. Utopias never look quite as rosy from the wrong side of the glass.As a cautionary tale, Spaceship Earth is compelling and well-constructed.
As a hype-piece for a failed enterprise, it’s not nearly as so.