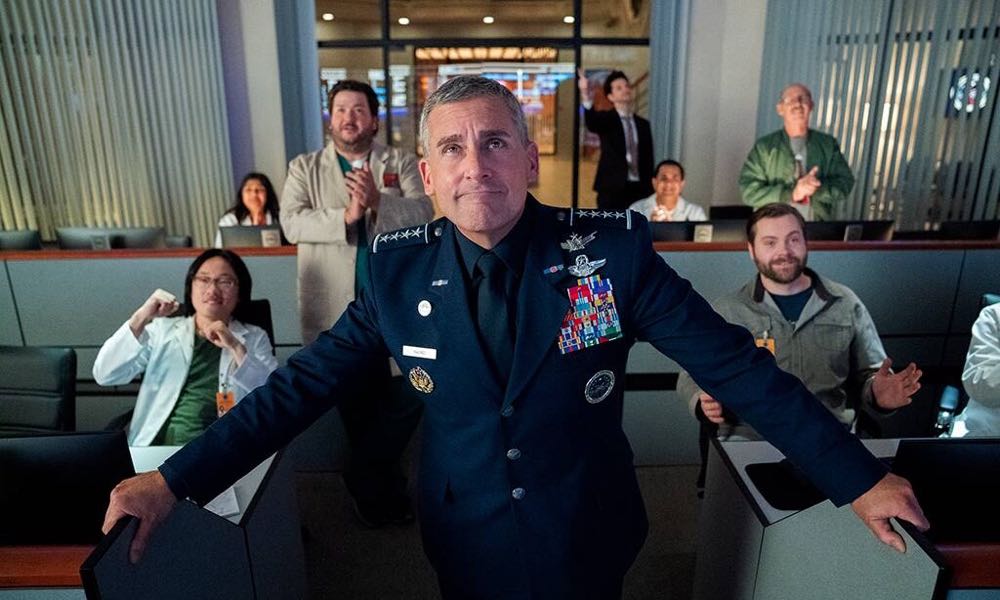 Space Force, is inspired by President Trump’s proposal for the sixth branch of the military. Thes series centers around decorated pilot and four-star general Mark R. Naird (Carell), who has dreamed of running the Air Force but instead finds himself tasked with leading the newly formed Space Force. It looks like the show’s comedy centers around the fact that  Naird’s transition into his new role as leader of the recently formed Space Force, not too surprisingly, does not go as smoothly as it should. Sounds like familiar territory, but admittedly the trailer does its job well, and this does look like amusing stuff

Space Force is co-created by Carell, alongside “The Office” creator Greg Daniels, in the star’s first comedic television series since parting ways with the hit NBC sitcom.

The series is the second one from Daniels that will launch this spring. His futuristic tech comedy “Upload” premiered on May 1 on Amazon Prime Video.