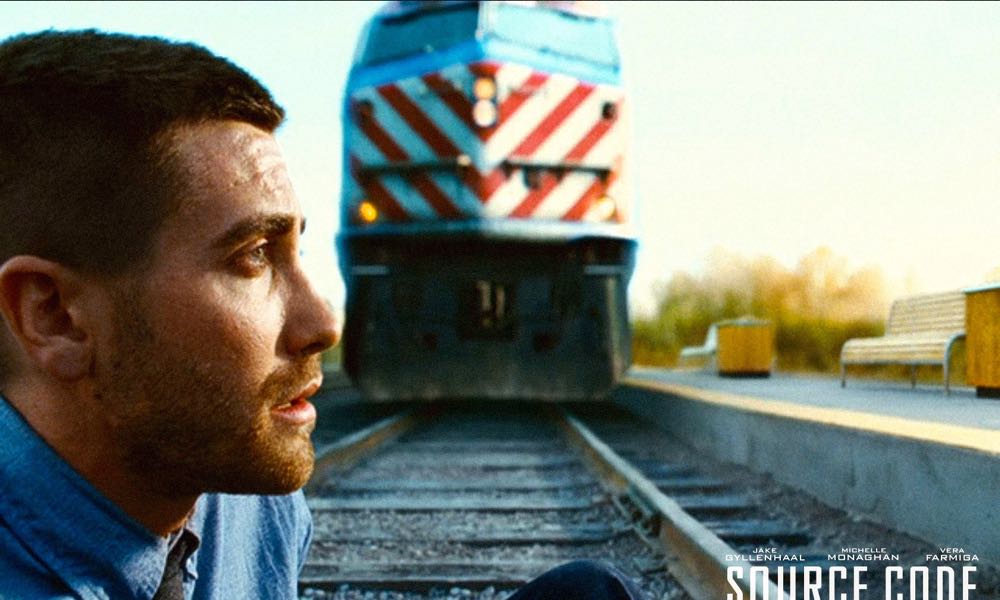 What is reality? According to the Chinese philosophical classic Zhuangzi, the great Daoist thinker of that name fell asleep one day and dreamed that he was a butterfly. When he woke up, he did not know whether he really was a man who had dreamed he was a butterfly or whether he was a butterfly now dreaming he was a man. The story is intended as more than a charming episode in the life of a sage: it is meant to make a philosophical point about what we take to be real. Our dreams are utterly compelling, and so long as we are dreaming, we think they are real. This question is the premise that serves as the basis for the narrative of Source Code. Here, reality gets put to a test.

In case you are not familiar with the title, Source Code is a 2011 French-American science fiction film directed by Duncan Jones (Moon (2009), written by Ben Ripley, and starring Jake Gyllenhaal, Michelle Monaghan, Vera Farming, and Jeffery Wright.

Source Code is more than a time travel story, it has a narrative that’s a mixture of ingredients that seem similar to what might happen if Groundhog Day and Twilight Zone had a love child. The film’s setting also adds a pinch of Murder On The Orient Express. All this adds up to a smart, engaging, and suspenseful, science fiction mystery/thriller that also makes a pretty good latter-day tribute to that master of suspense, Alfred Hitchcock.

The film’s story gets told from the point of view of the film’s main protagonist, U.S. Army pilot Captain Colter Stevens (Jake Gyllenhaal), last aware of being on a mission in Afghanistan, When he abruptly, and inexplicably, wakes up on a commuter train to Chicago, at 7:40 am. To the world around him, including his traveling partner Christina Warren (Michelle Monaghan), and the bathroom mirror, he appears to be Sean Fentress, a school teacher. As he comes to grips with this revelation, the train explodes, killing everyone aboard.

The movie is remarkable in that it repeats this scenario several times without becoming offensively dull and redundant. On the contrary, each repetition becomes more intriguing and serves to pique the viewer’s curiosity to know what happens next and whether our hero will succeed in his mission.  As the film becomes a study in paranoia, the plot’s details get slowly revealed to tell the viewer Colter is part of an experiment that allows him to visit an alternate version of reality that has already taken place in real-time, and in the real world. Each time he visits the train, he has eight minutes to solve a deadly puzzle.

As the film reveals the true nature of what is occurring, it also fleshes out its two main characters, the heroic Stevens and his traveling companion, and it’s not long before it becomes apparent there is a romantic subplot in the works. This subplot is a device often used in films of this sort: The hero in a crisis and an attractive, available woman is there to keep things interesting and to provide a source of added emotional investment for our hero. If life worked like that, every man in the world would be seeking crises regularly. Monaghan’s Warren is a little too perfect in this one, and along with the ending, almost pushes the film into the realm of a fairy tale, but not quite. With a finish that has the hero conquering overwhelming odds to succeed, this is corny stuff, but who cares? This uplifting film has the viewer rooting for the hero al the way.

Source Code is not the first time we have seen a story where the protagonist gets offered a choice between ‘reality’ and what appears to be a dream or fantasy world. This finale is an ending that says love conquers all. It may be a fairy tale, but it is an enjoyable and charming one that makes for a smart, entertaining, suspenseful, science fiction thriller as well.