I love books.  I’ve been reading since I was four years old and I’m always happy to have a book in my hand.  Rarely do I quite once I have started reading something.

I came very close with ‘SONG OF EDMON’.  The lead character (Duh—Edmon) is a whiny little bitch, a character almost impossible to either identify with or root for.  You just want him to go away.  For those of you who have seen ‘MONTY PYTHON AND THE HOLY GRAIL’ or ‘SPAMALOT’, you will find very much like the Prince of Swamp Castle who ‘Just wants to sing!’.

I was about ready to give up when a new character appeared—a character who is, in pretty much all ways, the opposite of Edmon.

Phaestion is charismatic, brilliant. And a well-trained fighter.  He is also on a MISSION (capital letters very necessary.)

Phaestion is fostered with Edmon and his mother—something quite normal on their world of Taos (much like our own Medieval times).  Seeing just how helpless Edmon is, and realizing that Edmon has natural gifts for leadership, Phaestion takes the young ‘musician’ under his wing and trains him for what lie ahead. For on this planet, physical prowess is valued above all things—and young nobles must prove themselves on the field of gladiatorial combat. 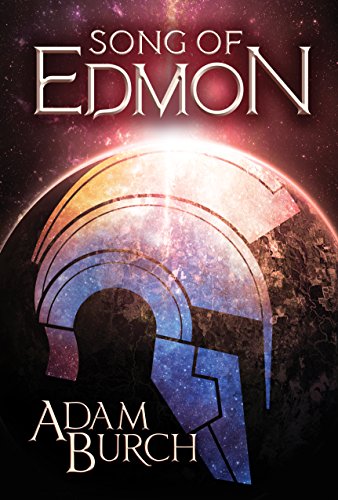 Edmon becomes one of Phaestion’s ‘companions—one of a group of young nobles being groomed to assist Phaestion in his mission.

Edmon responds well to the training, until, during a fight, he is badly injured.  Phaestion takes the opportunity to, through off-planet medical treatment, make his friend better—stronger, faster.  He tells Edmon that he does this because he loves the young man—and wants him to be first among the Companions.

Edmon is cast as Hephaestion, the young man closest to the real Alexander—the one with whom, it is rumored, he had a close and very sexual relationship.

Edmon does not want this sort of life, however, and tries to return to the life he had—one in which he can just ‘Sing’.

For a time, he manages to live that sort of life—and he is happy.  He finds a wife, a place as the ad-hoc ruler of the Island he lives on, and musical instruction from a great teacher.

Then the world changes again—and the story twists into a new shape.  Edmon’s father—a high lord of the world of Tao, returns and, told by Edmon that he wishes to keep the life he has, retaliates by simply killing everyone Edmon cares—his mother, his wife, even the unborn child his wife is carrying.  Then, still defied by the younger man, his father tosses Edmon into ‘The Wendigo’, a brutal prison located in the endless cold of Tao’s dark side.

The story then becomes ‘The Count of Monte Cristo’, as Edmon survives and learns new skills—as well as the location of a vast treasure

At which point Edmon organizes an escape—which is foiled by a treacherous act leaving Edmon once again in the hands of his father.  He finds out that the older man has plans of his own—plans to, like Phaestion, conquer the world in order to save it from destruction.

Edmon is the key to that plan.  Picked by the world’s leader as the mate to his daughter, all the younger man must do is: marry the girl, kill his father (Patricide is needed to gain status), and beat his old friend Phaestion in the Arena Games.  Then, with all the power in his hands, he can do what is needed to restore the environment of the world of Tao.

Edmon, still unwilling to do what his father or Phaestion want, chooses a different path, leaving Tao to the depredations of the ‘companions’. Not to worry, however, the jacket notes tell us that this is only the first volume in a series…

Adam Burch does a good job telling this rather twisty story—I think he piles the pain onto his protagonist a bit too much—but it works well enough for his purpose.

Edmon eventually becomes a reasonably likable character, although he never equals the charisma of Phaestion.  This is probably because Edmon’s greatest asset, his musical talent, is almost impossible to showcase in prose.

I suspect that the real theme of SONG OF EDMON reveals that is the search for immortality.  Both Edmon and Phaestion’s fathers attempt to live through their sons, in both cases, through rather questionable methods.

If you want a pretty good, and somewhat thought provoking read, then by all means check out SONG OF EDMON, push through the first 35 pages or so and you’ll be fine.