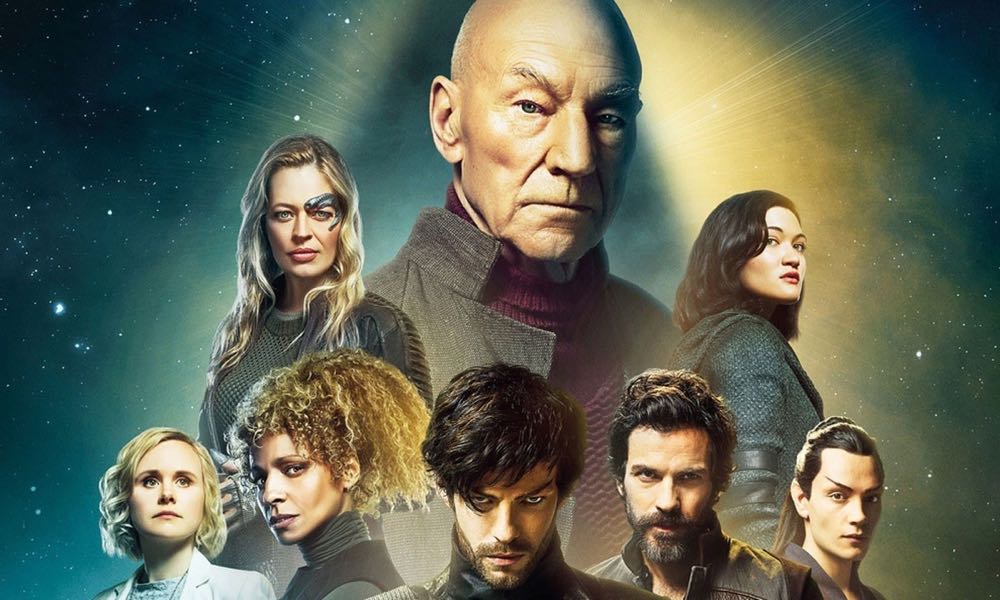 With the failure of modern writers to crack the code of bringing an appealing Trek universe with more modern sensibilities to the big screen, it becomes even more urgently important to re-cement the presence of the STU on TV. When I first heard, a couple of years ago, the news that CBS had finally realized the motherlode of potential they have in owning the rights to the Trek brand. and announced they were fully committed to mining that potential for all it is worth, it certainly caught my attention. This was exciting news, and the announcements that followed were exciting too. Names like TV savant Bryan Fuller and Nicholas Meyer were in the mi,x which sounded very promising. After the dust settled, Fuller was gone officially but still listed as a producer while longtime TV veteran writer and producer Alex Kurtzman was left in charge. Not long after, news arrived that several new Trek series were in development, one revolving around Star Trek Academy and another about Section 31. It seemed as if the Trek Universe was finally coming back to life and would be maybe even bigger and hopefully better than before. While welcome exciting news, the lessons of experience tempered my enthusiasm with caution, knowing the laws of probability for something truly great to come out of this were not in my favor.

Then came Star Trek Discovery with its emphasis on science and scientists against the backdrop of the Klingon war. The series proved controversial with fans, and there was an outcry the series was not Trek enough (something obviously left open to interpretation) but that I liked a great deal immediately.

Next came the announcement for Star Trek: Picard and my first reaction was surprise at the notion of Patrick Stweart reprising the iconic role he had so excellently portrayed 25 years after the final episode of Star Trek The Next Generation (YNG). I would just like to say that when the series Firefly was inexplicably and suddenly canceled like a lot of other genre fans, I  thought the show should be returned to the airwaves mad I stuck with that opinion for a few years after that, but when I saw that fans continued talking about the show returning with the original cast over five years later, it no longer seemed like a good idea for the all the obvious reasons like age and how our sensibilities change over time giving rise o the phrase ‘dated material’. I mention this because, along with surprise, my reaction was thinking this sounds like a sentimental journey, and it might be fun, but let’s hope that a sentimental journey is not all that it ends up becoming; let’s hope its also some really good sci-fi.

When Star Trek Piard first got announced, Patrick Stewart was talking a lot about how the show was would be a ten hour-long movie, and that’s what we got. The problem is, its not a great movie, it feels more like something created by committee. A production designed to hit on all the right politically correct notes and offend no one,  The series narrative portrays Picard as an aging futuristic Don Quixote tilting at windmills in a search for redemption. This is a story that felt like a somewhat contrived excuse for what is undeniably a sentimental journey without much in the way of merit outside accomplishing that almost purely emotional goal. Star Trek: Picard has some enjoyable moments partially because hey, it’s Trek, which means outer space adventure, spaceships, aliens, and a portrayal of humanity’s future among the stars; it’s just nice to visit the Trek universe again on occasion. Yes, it was fun to see all the old TNG characters drop in for a visit, but the series also had the effect of reminding some of us fans that we got old and using the show’s cast as a mirror shows the passage of time has been kinder to some of us than others.

I’m generally a glass-half-full kind of guy, and I feel like there’s something good in every ever production, but if I had to choose one word to describe my opinion of this series, that word would be disappointing. There’s simply not enough good material here to offset the stuff that doesn’t work. For example, the show fails to conjure any truly engaging and enjoyable characters. Of all the returning characters, Seven Of Nine and Ryker worked the best, the rest not so much. Picard’s traveling companions, the series regulars, are not that appealing or exciting. Also, overall, the series creators failed to flesh this universe out in a satisfying and engaging manner, resulting in the series feeling like a trip down memory lane trying to be more than that and falling short of that goal. There’s a concerted attempt to ie this show some heart that ends up feeling hollow. Star Trek: Picard felt like a sentimental journey in search of a soul. Let’s hope Kurtzman and friends get it right next time. In the meantime, production on Star Trek Discovery season 3 has wrapped, and the series is scheduled to stream sometime this year. Although no specific date has gotten announced yet, I did see an announcement on TV just the other day saying it will arrive soon.