Skyline (2010): An Alien Invasion Movie That Relies On Some Cool Visuals 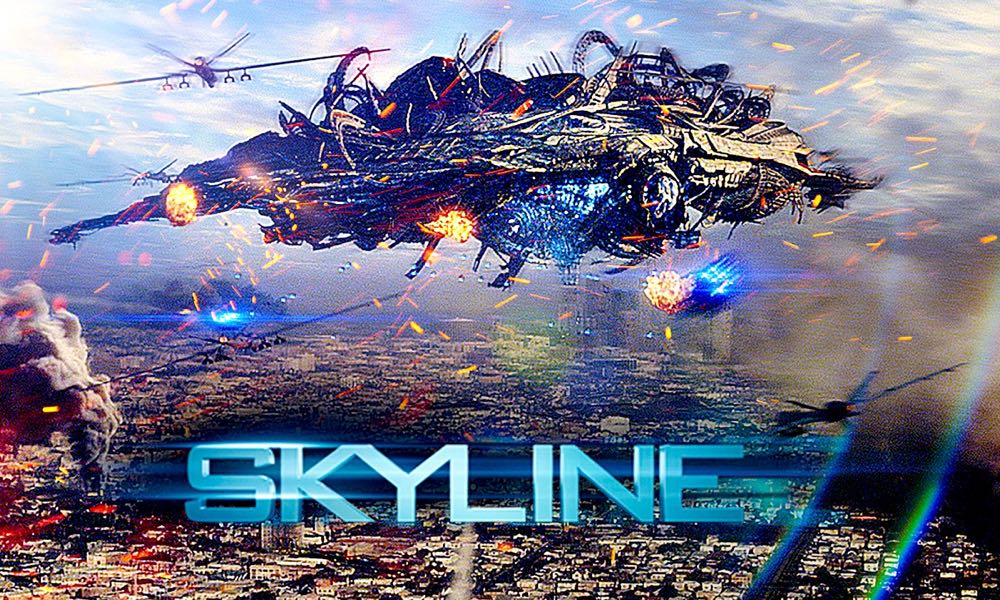 Desperate to watch a good alien invasion movie, I recently re-watched Skyline, a movie I mostly remembered having interesting visuals. I did not remember much about this alien invasion movie with a stinker reputation. As happens in cinema more often than not, somewhere, between premise and execution, a series of mistakes or bad decisions made it a reputation Skyline deserves.  It may have been rescued and made into a decent B sci-fi movie with a few changes. Skyline depicts a frightening, sudden alien invasion intentionally made to emulate the fifties and sixties’ B movies with some updates to make it more up-to-date.

Skyline begins by chronicling the reunion of a group of twenty-something friends in Los Angeles, who naturally are partying to celebrate the event. Soon their celebrations are interrupted by strange phenomena, including strange lights in the sky that seem to have hypnotic effects on whoever observes them. This is when the film’s special effects kick in, and they are memorable, including strange, fantastic creatures, accompanied by equally strange flying ships, and a shot of a huge vortex sucking up human bodies into the sky like an enormous vacuum cleaner at work.

Unfortunately, the film’s narrative quickly becomes a cliched jumble of soap opera style human drama, that because the cast ends up trapped in the high-rise condo throughout this film, where the aliens pick them off one-by-one, the plot begins to be strongly reminiscent of a slasher film with a group of teens trapped in some remote location, Skyline has lots of evidence of lazy writing. However, maybe the film’s creators spent so much on the film’s effects, all they could afford were hacks or aspiring college kids to write this stuff. Skyline has an ending that, intentionally or not, invites a sequel to find out what happens next.

Not familiar with this title? Skyline is a 2010 American science fiction disaster film directed by Greg and Colin Strause. It stars Eric Balfour, Scottie Thompson, Brittany Daniel, Crystal Reed, David Zayas, and Donald Faison as a group of Los Angeles residents who witness an alien invasion while in a condominium.

You may recognize some of these names; they’re the names that belong to a part of a collection of actors that are a  stable of performers strongly associated with genre TV, all of them at various stages of their careers. They are not terrible here collectively, but their performances are largely stereotypical and cliched, mostly because the characters are two-dimensional.

The film was released on November 12, 2010, in the United States. Despite negative reviews from critics, Skyline was a box office success, grossing $68 million worldwide against its $10–20 million budget. The Strause brothers produced, and co-creator Liam O’Donnell wrote and directed a sequel entitled Beyond Skyline, released in 2017. The third and last film in the trilogy, Skylines—also produced by the Strause brothers and written and directed by O’Donnell—was released in December 2020

A menacing high-tech alien adversary launching a surprise attack with unbeatable odds. It’s all there. Skyline could have easily been an epic alien invasion film, but, in my opinion, widely misses the mark of what it sets out to accomplish. After watching this film a total of 3-4 times and never having seen the sequels, my low opinion of his film remains unchanged. What do you think? Happy viewing.