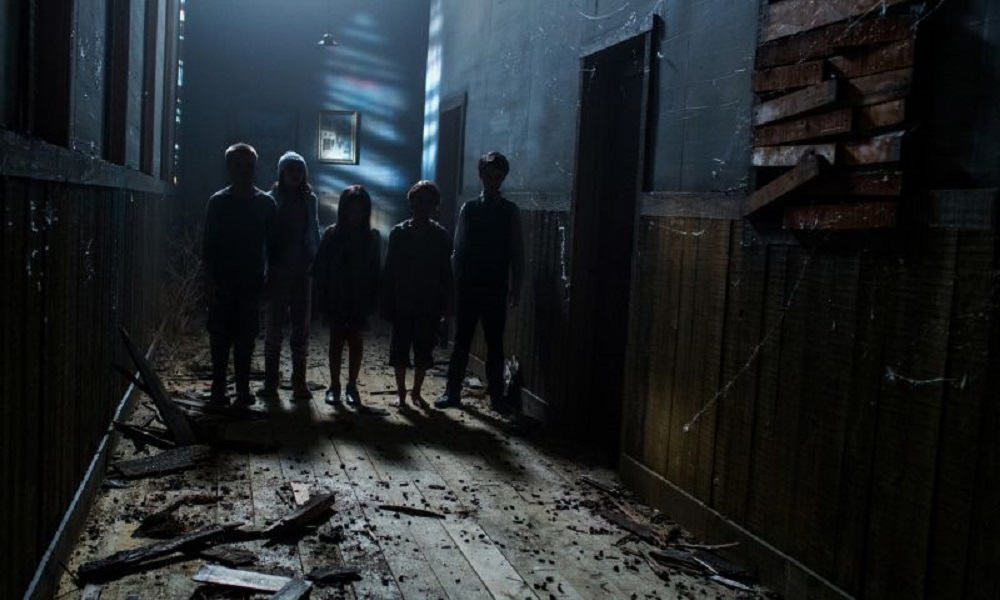 Diminished expectations can be a tricky thing. When you’re staring a horror sequel with an August release date square in the eye, anything better than absolute garbage comes as a pleasant surprise. That often covers up the fact that it’s still not an especially good movie: just good enough to make you pay attention a bit more and appreciate its genuine efforts to keep you entertained.

So it is with Sinister 2, standing a cut above most horror sequels but ultimately running out of rope. It certainly has its work cut out for it, and credit it with working hard to enrich the basic idea of the first film except simply regurgitating it. That’s no mean feat considering the conundrum it predecessor left for it. Sinister 1 made for a damn good horror movie in part because it really earned its Twilight Zone twist: the kind that normally tries to be more clever than it is, but in this case actually caught some of that Rod Serling lightning.

The question is: where does that leave a sequel to go? We already know the big twist, which concerns the central boogeyman’s modus operandi. If you set up anything resembling the same scenario (which this film does), you’re either locked into repeating it or you’ve given the game away by letting us know that things are going to turn out differently. Either way, you’ve sort of painted yourself into a corner. You could come up with new rules to play with, but that cheats us of the rules set up in the original. Anything else means you’re eventually stuck on repeat: reminding everyone how much better the first film was instead of making them glad that they’re looking at you.

Sinister 2 does far better than you’d think trying to wriggle out of that trap: looking for ways to catch us off guard even as it follows the same basic path as its predecessor. For starters, it shifts the focus away from the parents and towards the children, who remain the monster’s central preoccupation. It goes a little further by making the two young boys here on the run with their mother (Shannyn Sossamon) and hiding in the farmhouse where the demon Bughuul did his horrific thing a short time previous. Following the logic of the first film, that means they can’t leave, for if they do, one child will murder the rest of the family and join Bughuul’s infernal little kindergarten class forever. So stay put kids… even if your crazy ex-dad (Lea Coco) is tracking you down and will do horrible things if he finds you.

Combine that with the shift in attention to the children, and suddenly Sinister 2 has an engine under its hood. It can play the same basic scenario over again, and have it feel new without having to stray too far from the stuff that made the first film work. We don’t need to hear any more of Bughuul’s backstory (though they add some rather elegant material with an old ham radio), and the rules can stay intact without having to bend around them. It even lets the single follow-through character –  that eager-beaver cop (James Ransone) helping Ethan Hawke out in the first film – play the hero without feeling like  too much of a stretch. That’s not lightly dismissed, especially in the cinematic dead zone of August when everything looks like a fresh pile of horse flop.

Despite that, however, Sinister 2 simply has too many obstacles to get around. The scenario lacks the eerie chills of its predecessor because we pretty much know where it’s going. Instead, it bases the scares on some new home movies – each one depicting a horrific murder at Bughuul’s behest. They more or less work, and one even achieves a bit of Grand Guignol glee(it involves a rat and a hot coal), but they don’t do much more than feed the geek show, and without more to tie them in to the overall plot, they eventually grow repetitive.

The finale too, leaves a great deal to be desired, in part because it depends on a particular character needing to be a whole lot scarier and the urge to throw in another twist that comes on top of an otherwise perfectly acceptable one. And while it does follow some moderately interesting thematic ideas – mostly related to child abuse and how the sins of the abusers manifest in their victims – it can’t find the dark mythic poetry that made its predecessor stand out.

All of that ends up sabotaging the film’s better elements and leaving it with little to show for all its hard work. It may simply be that the first movie pulled all the juice out of this idea. It may be that Sinister 2 ultimately couldn’t wriggle out of the straitjacket that the scenario set for it. Give it credit for trying, which few horror films even bother with, and with taking its concept farther than it has any right to. That ultra-low Rotten Tomatoes score is misleading: this is better than you think. But at the end of the day, it faces one pitfall too many, stumbling into mediocrity despite itself. Pleasant surprises ultimately fade, and when this one does, it just can’t find the strength to stand on its own.