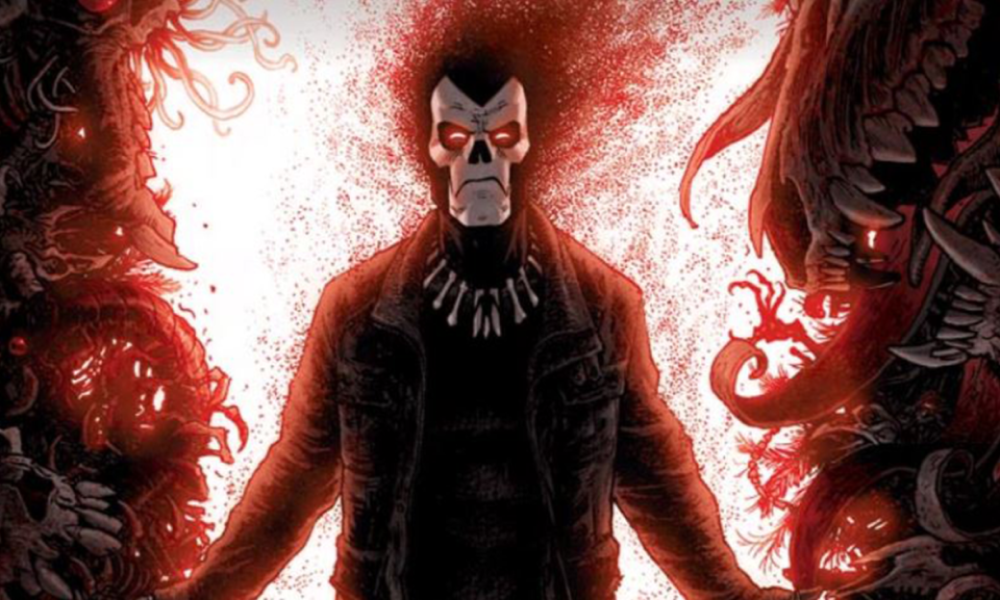 Shadowman is a character who has gone through various incarnations in the nearly 30 years since he was created by Jim Shooter and Steve Englehart back in 1992. He’s a appeared in numerous comic series and videogames and returns again in a brand new #1 issue from Valiant.

At the start, Shadowman had a more traditional superhero look but over time he has morphed more into a gritty, urban horror character 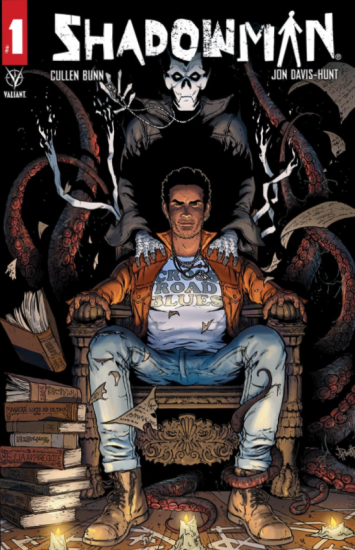 which definitely suits the tone of the new book much better.

First and foremost, if you have never read Shadowman previously this is the perfect place to start. Writer Cullen Bunn quickly eases readers in with an introduction to Jack Boniface who is blessed (or perhaps cursed) with possessing the spirit of a powerful voodoo force known as the Shadow Loa. This spirit grants Shadowman a variety of powerful abilities which he uses to protect the world from demons from the dimension known as The Deadside.

Keeping with the voodoo them, Jack’s base of operations is New Orleans where he plies his trade as a musician…when he is not battling demons, of course. Jack kills a particularly vile demon who utters a cryptic message with its dying breath. Jack must find someone and help her…but he has no idea who. Jack gets unexpected aid in Baron Samedi, another voodoo spirit, The King of Death. Can Jack trust his aid? Surely, he has his own motivations.

The action and more than just a little bit of gore spill off the pages! Jon Davis-Hunt’s art reminds me of the team of Stephen Bissette and John Tottleben at the heart of their celebrated run on Swamp Thing in the 1980’s. Raw, visceral, with demons that look like the nightmares they are, instead of costumed dandies wee see all too often in the comics. Credit also needs to go to colorist Jodie Bellaire. His dark color palette the perfect accompaniment to Davis-Hunt’s images.

Bunn manages to accomplish three things in the first issue: He introduces new readers to Shadowman but also makes sure longtime fans will not be disappointed. He also sets up a storyline that hooks new readers and old, giving them something to look forward to in upcoming issues.