Check out the latest releases from Smirk & Dagger Games arriving in September!!

Systems Critical. Life Support Failing. And some of the crew are NOT what they seem. 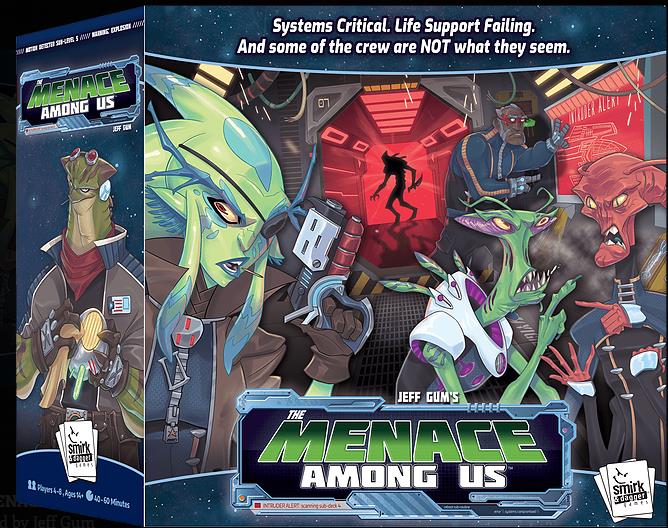 A thrilling semi-cooperative game of intrigue and survival in deep space. Adrift and powerless, your crippled vessel is bleeding oxygen. You must work together to restore power before the air runs out… but hidden among you, masquerading as loyal friends and crewmembers, are imposters who continue to sabotage the ship. Their only goal is to avoid detection and kill the crew, by force or by asphyxiation. Can you identify them in time and eliminate the threat? Or will succumb to The Menace Among Us?

A 40 to 60-minute, asymmetrical card game for
4-8 players, which features custom, shuffle-built, personal decks based on your Agenda and choice of Character.

Over 300 cards including 16 unique Characters and 10 Agendas. 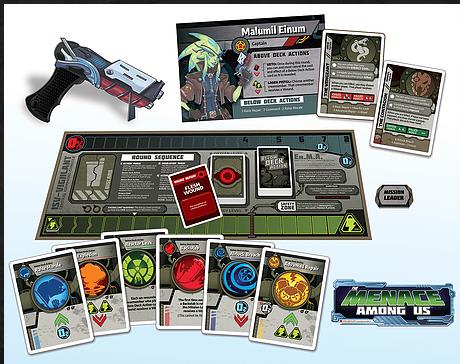 A hidden agenda game that is far more focused
on “how well you play” vs the meta-game of “how well you roleplay your innocence,” resulting in a meatier, strategic game.

So sling your laser pistol and don’t trust anyone. They may be The Menace Among Us. 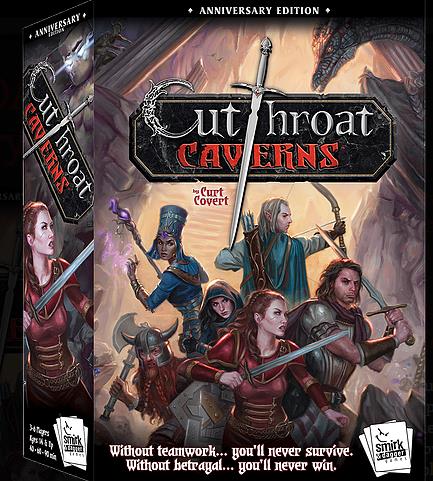 Cutthroat Caverns, one of our most critically acclaimed titles, is a devious, semi-cooperative, emotionally-charged game of betrayal and “kill stealing” in a classic fantasy setting, where you decide how hard or light to strike to assure you land the killing blow. But mess with each other too much and the whole party will die, without a winner.

This Anniversary Edition is a beautifully envisioned reboot, upgrading the art, materials and rules set – and is fully compatible with all 5 existing expansion games.

The real joy of the game is the delicate balance between helping the party (and staying alive) vs working towards your own selfish goals (and risking the welfare of everyone). There are no dice. Each Turn, you will choose how much damage you are willing to do to the monster- or won’t do –
as you jockey for position to land the killing blow. And when characters can make that kind of decision, things get very funny & very deadly – very quickly. 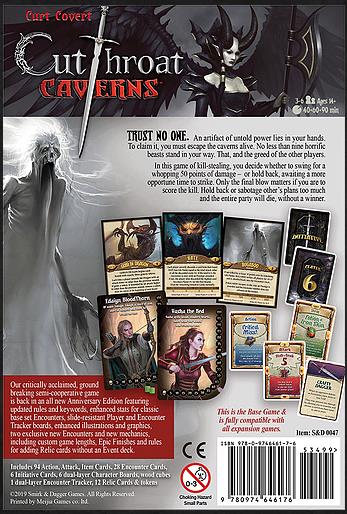 With 27 encounters, all requiring a different group strategy and separate individual strategy, game play is always challenging. Only 9 random encounters are used in any game, so the experience is always different. With fresh new mechanics built into each expansion and a creature pool now over 100 strong – there is always a new adventure ahead. And they become deadlier as we go.