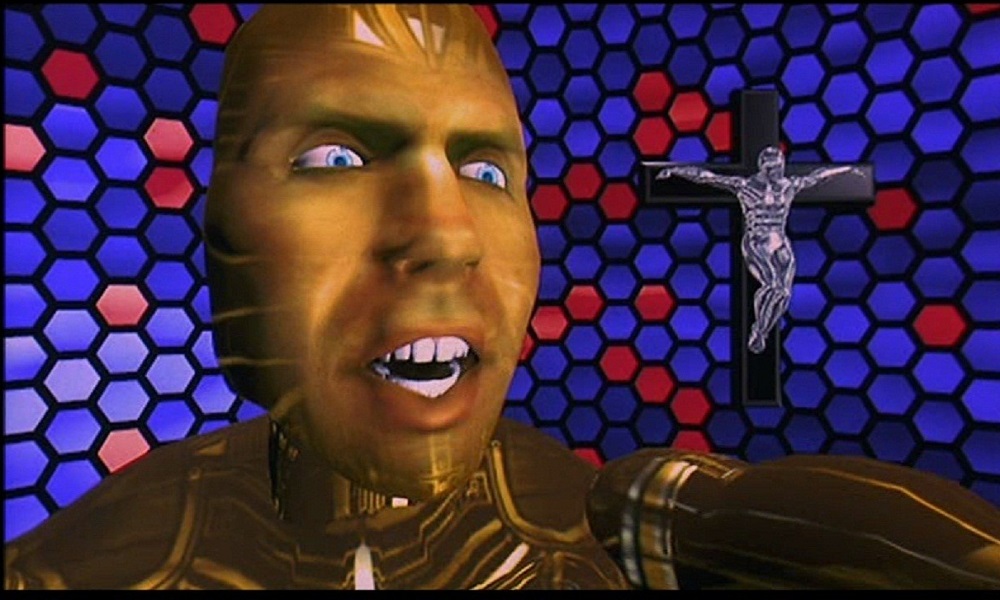 A world where the normal course of events could suddenly turn inside out — the imaginary becomes real, and reality is all in your mind. Loyal fans of visionary filmmaker Brett Leonard (Virtuosity, Hideaway) know well the enthralling sci-fi action horror from his 1992 cult classic THE LAWNMOWER MAN, starring Jeff Fahey (Machete) and Pierce Brosnan (The Son). Directed by Brett Leonard (Virtuosity, Hideaway), the film also stars Jenny Wright (Near Dark) and Geoffrey Lewis (The Devil’s Rejects). On June 20, 2017, SCREAM FACTORY™ Home Entertainment is proud to present THE LAWNMOWER MAN Collector’s Edition. Available for the first time on Blu-ray, this definitive collector’s edition release boasts The 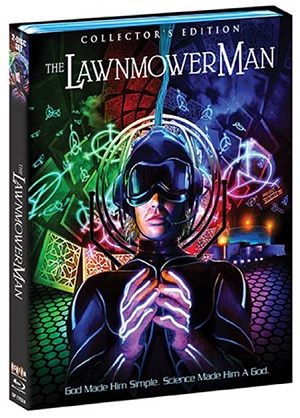 Avid fans and collectors please take not: Order from ShoutFactory.com and get a FREE 18″ X 24″ poster featuring our brand new artwork, available while supplies last! Also get it shipped Two Weeks early!

Dr. Lawrence Angelo (Pierce Brosnan) is a brilliant scientist obsessed with perfecting virtual reality software. When his experiments on animals fail, he finds the ideal substitute – Jobe Smith (Jeff Fahey), a slow-witted gardener. Dr. Angelo’s goal is to benefit his human guinea pig and ultimately mankind itself, but evil lurks the guise of “the Shop,” a shadowy group that seeks to use the technology to create an invincible war machine. When the experiments change the simple Jobe into a superhuman being, the stage is set for a Jekyll-and-Hyde struggle for the control of Jobe’s mind and the future of the world.