SCI-FI NERD: TV Tuesday – Person Of interest: A Review Of The Day The World Went Away – Season 5, Episode 10 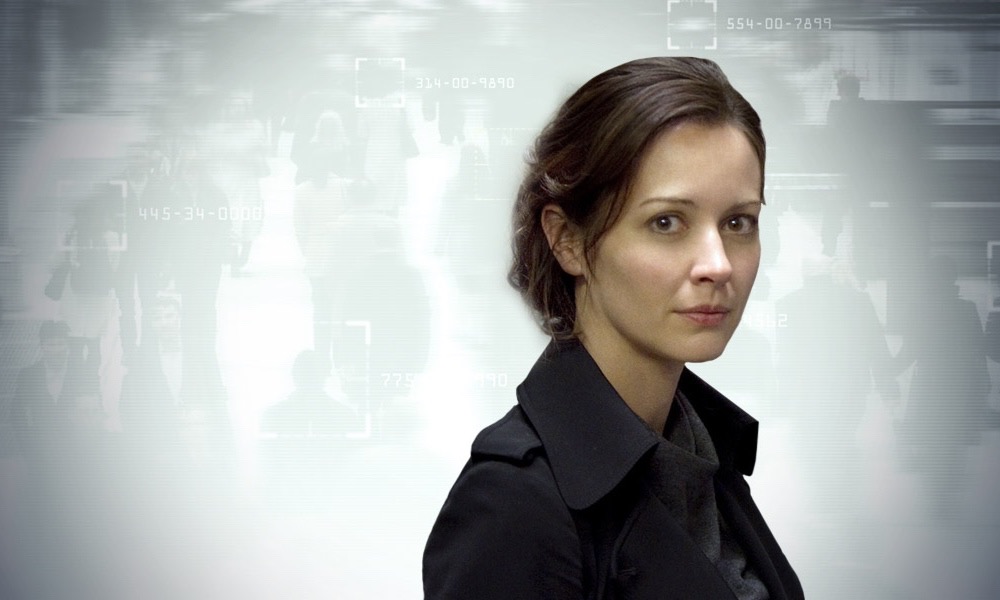 Finch’s number comes up when a fatal error blows his cover identity and sets off a deadly series of escalating encounters with Samaritan’s operatives.

Okay, I have learned my lesson, I bemoaned the slow pace the final season was unfolding at, but I never wanted this. I wanted some action, and action is what I got, but at a cost I was not willing to pay. This moment I suppose was inevitable, but still wish it could have been forestalled somehow. This is the show’s 100th episode and its a doozy.

This episode, more than any other this season, really made it hit home the series is ending, and I don’t want it to end. The war finally comes home in this very eventful episode. The sh*t has finally hit the fan, and it leads to the death of two of the show’s best characters, who ironically die saving Finch’s life.

The Day The World Went Away starts out innocently enough, with Finch at a sidewalk table of a coffee shop, having a conversation with a security camera, once again, in a one sided discourse with The Machine. He’s asking if in any of the millions of simulations the Machine has been running, if there’s any chance of his surrogate family surviving. He’s accepted the possibility of his own death, but is holding out hope the people he has roped into this situation might survive.

There is a short intermezzo involving Root and Finch back at the subway hideout, and  a decision is made to give the machine more autonomy, along withe decision to allow it to choose a voice of it own. Its not until later in the episode the voice The Machine chooses as its own is revealed.

What Finch didn’t realize is he’s been at this particular cafe before, in the early stages of his relationship with Grace, and Samaritan in its relentless search for Team Machine, is not only looking for them in the present, but also in the past. This unleashes the havoc of escalating encounters with the agents of Samaritan, who want to capture Finch, so he can be put to work for them in their agenda of building a future that looks pretty grim for humanity.

The team meets up at the safe house where Elias is recovering from the attempt on his life, and as they make plans to evacuate, Samaritan’s agents arrive for the first of several battles that ensue throughout this action packed episode.

The team splits up into three, with Reese and Fusco following the lead of an address on a business card, they hope will put them on the offensive for a change. Elias and Finch go to visit the public housing where he and Reese first met to use as hideout for Finch, and Root and Shaw stay to deal with the Samaritan agents that have already arrived.

The episode methodically sets up the decisions  and events that inevitably lead to the tragic results, you know are coming, but still hold out hope it might be end up okay for these characters we have grown to love over the last several years, but this show is not about happy endings like many shows of this sort select to employ.

Finch and Rese visit an office building which quickly turns into a battlefield, when all the people they saw working when they arrived are quietly evacuated, while they wait to meet the company’s supervisor. No supervisor is forthcoming, only Samaritan’s agents, and  all out war ensues.

Meanwhile, Elias and Finch are holed up in the ghetto, awaiting the inevitable conclusion. Elias has gathered a small army of his sturdiest and scariest goons to deal with the eventual, inevitable attack, and when it comes they do a pretty good job protecting the pair. Finch and Elias are mere footsteps away from a way out when Elias is taken by surprise and shot between the eyes.

Elias is dead. For real this time. Afterward, Reese and Fusco show up too late to help out, but they are given the license plate of the car that took Finch away by  a local in the crowd that has gathered at the scene.

Shaw and Root are still mopping up the last of the Samaritan agents they were left to deal with, but they are soon on the way to rescue Finch, who has met with Greer, who informs him he will not be killed, but instead will be used to work for Samaritan. We have already seen the methods they employ to bend others to their will and things look dire for Finch.

Just as Finch is being transferred to another location Root and Shaw arrive, with a gangbusters entrance this show does so well. These women have shown they are effective in their ability to kill, and take out the opposition many times, and this scene is no exception to the rule.

This is an epic fight, and the street is soon littered with bodies. Root starts chattering about the nature of existence, and  even flirting a liitle with Shaw in the middle of all this, but sums it up with a declaration about if you gotta go out, you may a well do it with style, and the two rise up and eliminate  all of their enemies. There are no cops in sight through all of this.

This does’t last long. When, soon after,  reinforcements for Samaritan arrive in the form of  a SUV with a turret mounted, huge machine gun in its roof. They manage to grab Harold, who has sat through all of the gunplay unharmed, and Shaw tells Root to leave with him. Root hesitates but goes leaving Shaw to deal with this improvised tank on her own.

Root and Harold leave, but another tank is right on their tail, and a rolling battle ensues. Root, once again shows what a badass she is, by taking out the pursuing car while driving backward shooting out of the sunroof. The pursuing car is destroyed in a fiery explosion.

It looks like they might get away, but it is revealed Blackwell is being steered to intercept the pair , armed with a sniper’s weapon  and waiting for their arrival on a roof top. Root happens to spot him, and veer out of the way to save Finch in time, but is shot herself for her trouble.

Right after this the pair runs into a police barricade where they stop the car. Harold is taken into custody, and Root, badly injured, is taken to the hospital. The cops can find nothing on Harold except an old mention of a hack he did in his former life when he wa charged with treason.

Harold makes a powerful soliloquy about following the rules, not society’s rules but his own, and why he is on the path he is on. It is a moment that goes a long way to give us insight into Finch, and to reveal the inner workings of this character who is at the center of all this. Emerson is, and always has been, excellent in this role.

The officer present thinks Harold is talking to him, but he’s speaking to Samaritan. Harold has had it, he’s about the cross the line, and break his own rules of behavior. All bets are off. This is a dramatically effective and memorable moment  full of implications for what will follow. If you are not excited by now, you might want to check your pulse, you may be dead.

Just as they are about to put Harold in lockup, the cop escorting him is distracted and drawn away by his partner for a brief conference. A payphone there, where Finch is waiting, rings. We know who it is, of course. Harold answers the phone and hears the voice of Root, The Machine who Root worshipped and served as a god-like entity, has chosen her voice to speak in.

Meanwhile in the hospital Fusco is looking down at the dead body of Root who has died from her wounds. Poetically, Root is not entirely gone, but lives on as the ghost in the Machine she worshipped. Harold asks the Machine for help to escape, and the power in the building abruptly goes out, triggering a massive prisoner escape. The episode ends with the aftermath of the power outage with no definite sign if Finch is free.

This episode is full of the stuff that makes this show great. Besides all the action, in a very eventful episode, this  story still manages to remind us this is also a very intelligent series, full of ideas both challenging and rewarding to contemplate. Along with the delightful characters it has developed, this is the show’s strength and part of a treasure trove of good tv viewing well worth the viewer’ time.

One thought on “SCI-FI NERD: TV Tuesday – Person Of interest: A Review Of The Day The World Went Away – Season 5, Episode 10”