LATEST
Home Movies Blu-ray SCI-FI NERD – Battlestar Galactica: Blood And Chrome (2012): A Promising Pilot For The Series That Never Was

SCI-FI NERD – Battlestar Galactica: Blood And Chrome (2012): A Promising Pilot For The Series That Never Was 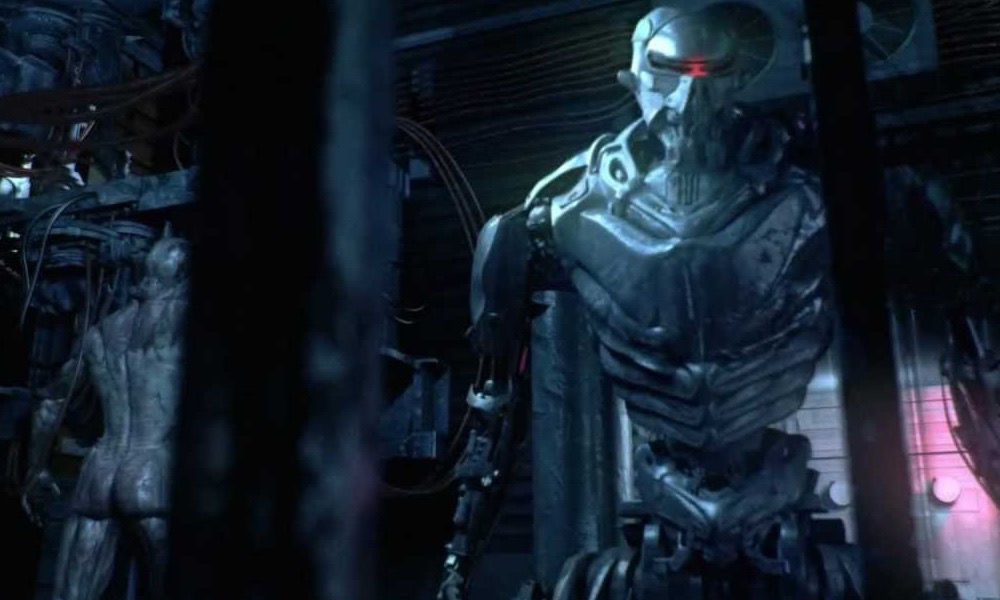 Blood and Chrome was a pilot made under the brand name of Battlestar Galactica. The pilot showed a lot of promise but was never picked up by Syfy.

War stories fascinate us, despite being filled with cliches we have all come to know, the drama they portray of people under fire and duress never seem to lose their appeal. These stories about heroes, cowards, or villains, always seem to pique our interest because they are about us and what we might do under similar circumstances. We all like to imagine ourselves behaving heroically when the time comes, and fighting the good fight for something greater than ourselves, but human nature being what it is, we can never be sure how we would respond until it happens to us. Therein lies the appeal of these sorts of stories. We like being able to fantasize about how heroic we would be under the same circumstances, and we need to know how these characters we have come to care about, and identify with, will behave when the shit hits the fan.

Ten years after the beginning of the war between the humans and the Cylons, the prequel series Battlestar Galactica: Blood and Chrome introduces us to Lt William Adama (Luke Pasqualino), after the events of Caprica, fresh out of flight school, cocky, arrogant, and filled with the hubris, that is the prerogative of youth, about his abilities as a pilot. He is assigned to Battlestar Galactica the ship that, unknown to him, he will someday command as an admiral of the fleet. Fresh and raw, and overly eager for action, he is so sure he will accomplish great things as a viper pilot, it never occurs to him his first assignment might not be what he expects.

It isn’t. Adama is assigned to pilot a Raptor (what he calls a bus) and go on “milk runs” which are easy missions delivering and picking up supplies, as his role in the war effort as part of the fight against The Cylons. He meets his co-pilot Lieutenant Coker Fasjovik (Ben Cotton), who is admittedly cowardly, cynical, surly and hostile veteran near the end of his second tour of duty. He seems only concerned with his survival and voices a constant stream of bitching and moaning regarding how unfair life is, and he wants anyone within earshot to know about it. Its kind of surprising someone on the human side hasn’t shot him already, just to shut him up. He nicknames Adama “Husker” which seems to be an insult akin to greenhorn or hick.

Their first mission, to Coker’s glee, seems to be an easy one, but quickly develops into something more when their mysterious passenger, a woman Dr. Becca Kelly (Lili Bordan) reveals new coordinates from secret orders she carries to follow a new course with a new mysterious mission. Suddenly the war movie becomes a spy mission, but things are not as they seem.

Things start going wrong almost immediately. When they reach their new coordinates, they find only wreckage and dead bodies, along with three Cylon fighters that attack them on sight. Our heroes manage to elude and destroy them with some fancy flying on Husker’s part. Next, they receive another message with another set of coordinates where they meet with a smaller Orion class Battlestar named Osiris, part of a ghost fleet of reported destroyed ships planning a surprise attack on the Cylons. Here they receive their coordinates for the last leg of their journey. They are to meet some marines on the ice planet Djerba so Kelly can complete her mission.

The Osiris delivers them into orbit around Djerba, where they disembark for the planet’s surface, followed by three Cylon raiders in pursuit. A battle ensues, and their escort vipers get destroyed in the fight, but they manage a rough landing on the surface.

Meanwhile, the Osiris has discovered a nearby Cylon base star which they engage though heavily outnumbered, and in the ensuing fight the commander of the Battlestar rams the Cylon base ship and detonates its nukes destroying both ships and everyone aboard. Adama and his companions on the surface run into trouble in an ice cave on the surface when they encounter an experimental type of Cylon in the form of a part-organic-part-robot giant snake that attacks them.

They get rescued by the last remaining marine on the planet, who appears to be mostly insane. The surviving soldier takes them to shelter in the form of an abandoned Cylon base nearby. They are attacked again by a Cylon patrol on the surface which they manage to defeat, but the marine does not survive.

They go to finish Kelly’s mission, which is not what it appears to be. She is contacting the Cylons for reasons different than she said, and Coker shoots her when he figures out Kelly is betraying the humans by informing the Cylons about the ghost fleet, She fires back at him in return, and Adama also, leaving them all laying wounded on the ground. When Kelly attempts to finish off Adama, she is out of ammo, and he rises to destroy the communication device she was using. He and Coker leave the terminal and are rescued shortly after by a raptor. Kelly is shown later being discovered by an early experimental Cylon model before they have perfected making themselves look realistically human. This Cylon kills her.

Later it is revealed the whole thing was a setup by the humans devised to trick the Cylons, and it worked. The deception was in pretending they didn’t know Kelly would betray them but they did. The whole mission was a cynical distraction and based on deceit all along.

Battlestar Galactica: Blood and Chrome was a little short of true greatness, but its still a quite good depiction of outer space adventure, and warfare with excellent CGI depicting spaceships and action, that always remained a tribute to the classic war movies of the past at its core. People are introduced into the narrative only to see them die shortly after. A constant reminder this is a story about a war with the unfortunate natural consequences. The Cylons depicted are not the same ones we have seen before but a more primitive looking model of a centurion.

With the possible exception of Battlestar Galactica Razor, this is the best thing I have ever seen done under the Galactica brand, and it was a good story with compelling characters (although somewhat cliched). It explores a time in the Battlestar mythology before Galactica, and after Caprica, I am curious to know more about that stage of the story. Never dull, it was a story that was engaging from beginning to end. The pilot was initially released as a web series in chapters and later as a feature-length episode.