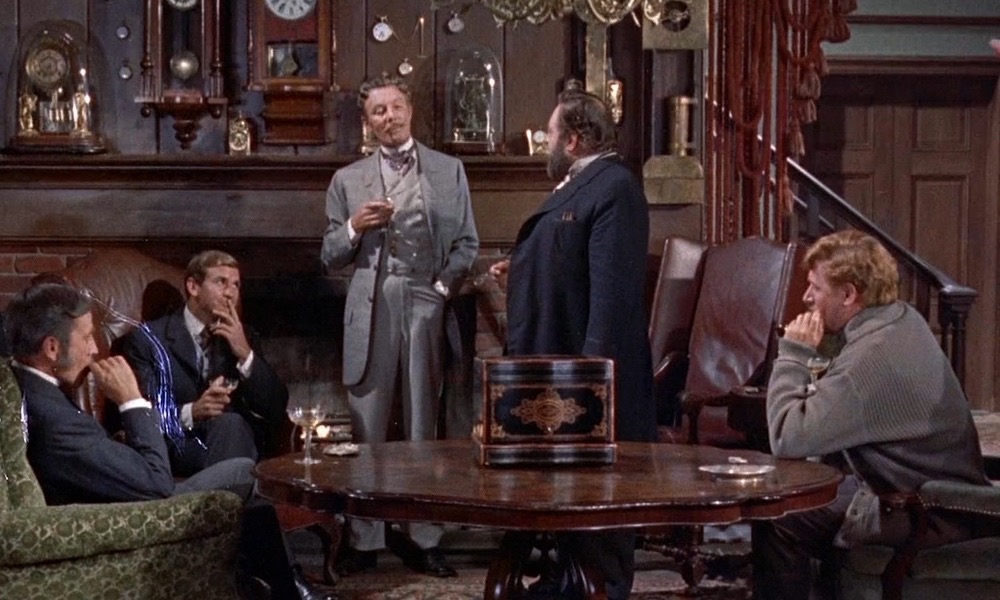 A story of true love and friendship that spans centuries and a reminder they are treasures for which we should truly be thankful.

I never tire of watching this classic science fiction movie. It was directed and produced by George Pal and stars Rod Taylor, Yvette Mimieux, and Alan Young. The story comes from an 1895 novella of the same name by H. G. Wells. It’s a charming depiction of the adventures of one man’s journey into the future, and the monsters and promise for a better world he finds there. The film was awarded an academy award for the time-lapse photography used to depict the rapid passage of time and the changing world as seen from the protagonist’s point of view while using the machine. In one of the film’s most memorable scenes, the accelerated passage of time is portrayed by the fashions changed on a mannequin in a  store window. The art direction is also admirable, the genuinely creepy, and unsavory appearance of the Morlocks stills holds up today, and the time machine itself is nothing less than an iconic work of art that far transcends its intended pragmatic creation as a prop.

Few fans are not familiar with the classic story of H. George Wells (Rod Taylor) and his fantastic invention which allows him to travel through time, and how a bump on the head results in him transported to the far-flung-future of our world. There he encounters the Eloi, and the Morlocks, future “cousins” of today’s humanity. It begins with a dinner party with his friends and one friend in particular David Filby (Alan Young) who never loses faith in Wells and remains loyal even beyond the grave. 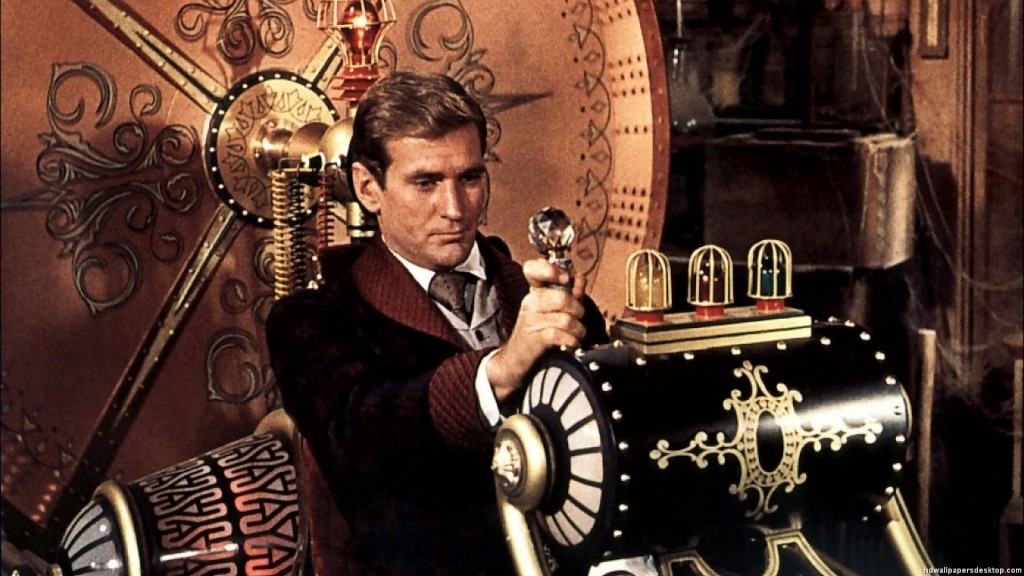 After arriving in the future Wells first meets the Eloi, he soon discovers, they exist in an apparent utopian paradise, are vegetarians and have no technology, operate no machines, do not work, read no books, know virtually nothing of history, and do not even understand fire.  They are completely passive, and without ambition passing their time in simple child-like games. Wells rescues one of the future humans that has fallen into a nearby river and had no idea how to swim. She walks away without thanking him after her close brush with death, but later returns to present him with a flower and introduces herself as Weena (Yvette Mimeux). Then Wells discovers his time device is no longer where he left it, inexplicably dragged inside the sphinx nearby. 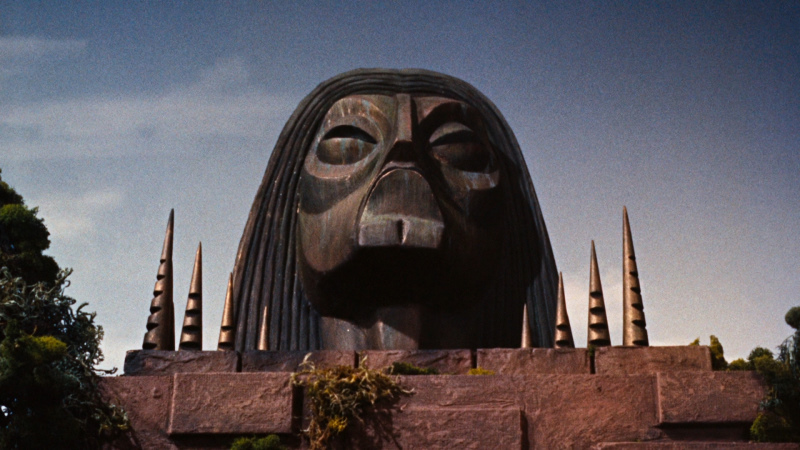 The next day after doing some exploring and learning things about the future world he is in, his look at the future earth is interrupted. There are the sudden sounds of sirens, and this is when Wells discovers the downside of this future utopia. The Morlocks, with their subterranean domain developed from living underground after years of nuclear war, and their horrific relationship with the docile Eloi. He finds his way down to the underground caverns and fights the Morlocks after they capture Weena and others of her kind, inspiring the Eloi to fight also, and together they set a fire that spreads through the caverns below and seems to end the threat of the monstrous cannibals. The next day he finds his time machine in the charred ruins of the sphinx. Welles is attacked again by the remaining Morlocks, but he uses the device to escape them and returns to the time and place of his origin. He is determined to go back to the future earth, and try to help make it a better world with Weena, and his new Eloi friends.

The story has some of the flavors of a Verne adventure, but Wells’ stories were typically more based on scientific concepts, reflecting the fact the author was himself a scientist. The story might be considered corny and sentimental by today’s standards, but some ideas never become outdated, and I welcome the innocent, heartfelt, and emotional values it portrays, and often think the world might be a better place if more of the sentiments expressed in this film remained adhered to today. We should appreciate, and be grateful for the relatively naive decade that gave us such great science fiction as Star Trek, Lost in Space, etc., and for this great and classic film.