Spaceballs (1987): The Farce Is Strong In This One 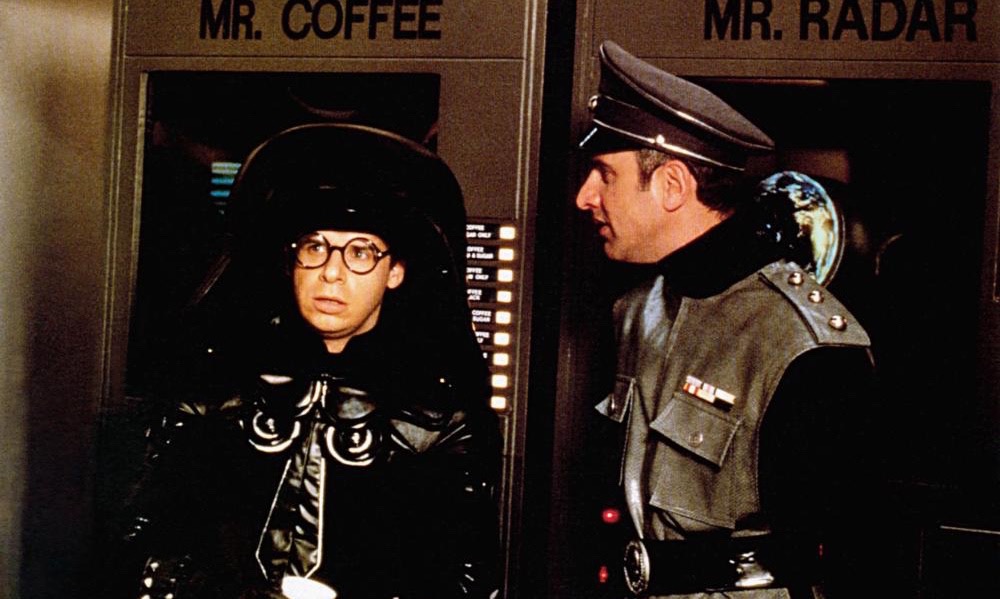 Over 30 years ago, Mel Brooks decided to poke fun at Star Wars and created one of the silliest science fiction parodies.

Spaceballs is a 1987 American parody film co-written by Mel Brooks, Thomas Meehan, and Ronny Graham. It was also directed by Brooks and starred Brooks, Bill Pullman, John Candy, and Rick Moranis. It also features Daphne Zuniga, Dick Van Patten, and the voice of Joan Rivers. It was released by Metro-Goldwyn-Mayer on June 26, 1987, and got a less than warm reception. It has since become a cult classic.

Utilizing Brooks’s scattergun style of comedy, it doesn’t always hit the target but still has many amusing moments. The film relies on an endless barrage of one-liners and visual gags that are so relentless it hardly leaves time to digest what you have just seen before another ten jokes have launched. Exaggeration and heavy-handed visual puns are commonplace in this film.

Spaceballs is Brooks going off and shamelessly showing his old school roots from way back when. Although it often relies on and descends into Jewish ethnic humor, it has universal appeal resulting from its classic vaudevillian approach to humor, and its plethora of corny one-liners, making it one of the most quotable movies ever made. Spaceballs is humor from before the advent of political correctness, and stereotypes are everywhere, but it’s all in good fun.

Spaceballs is a ridiculous movie, and the gags are nonstop. Humor in the film caters to the lowest common denominator but is still a lot of fun. It relies on a parade of characterizations of Star Wars characters with slight name changes for comic effect, like Dark Helmet instead of Darth Vader, portrayed by Rick Moranis, in absurdly large headgear. Or Bill Paxton as Lone Starr, in place of Han Solo. Replacing the Millennium Falcon with space-worthy Winnebago, along with John Candy as Barf, a Mog, half man, half dog, (he’s his own best friend) in place of Chewbacca.

Daphne Zuniga is priceless as the very spoiled, insufferable, and very Jewish-American princess from outer space named Vespa (complete with a nose job), whose worst trait is chronically complaining. It’s only when someone accidentally messes up her hair that she goes into a white-hot rage that sends her into a killing rampage, blasting everyone in sight with a handy space gun. Her spaceship resembles a Mercedes-Benz SL class sports model roadster. She travels with the C-3PO substitute Dot Matrix, voiced by the unmistakable Joan Rivers.

Other gags include Jabba the Hutt replaced by Pizza the Hutt, a grotesque living pizza continually dripping melting cheese, whose gangster henchman starts eating parts of him while the two talk with Lone Starr on a video screen, with Ewww! Inducing results.

The story, too, is a blatant parody of Star Wars: A New Hope, minus Luke, who alone didn’t make the transfer to this silly universe like the rest of the characters from the original film. The story itself is one of the movie’s weak points with little actual narrative to hang the jokes on, relying instead on a series of sketches loosely strung together with the Star Wars theme.

Spaceballs isn’t anywhere close to being sophisticated in its approach, it stops short of fart humor, but it’s still in the neighborhood. Brook’s approach to humor has even been described as “too crass and not too funny,” but to each his own. Sometimes crass is just what the doctor ordered. The film is still highly regarded as a cult classic by many, including me. May the Schwartz be with you. “Smoke if you got ’em.”