LATEST
Home Movies Blu-ray SCI-FI NERD: Throwback Thursday – Invasion Of The Body Snatchers (1956): Your Friends Are Being Replaced By Aliens

SCI-FI NERD: Throwback Thursday – Invasion Of The Body Snatchers (1956): Your Friends Are Being Replaced By Aliens 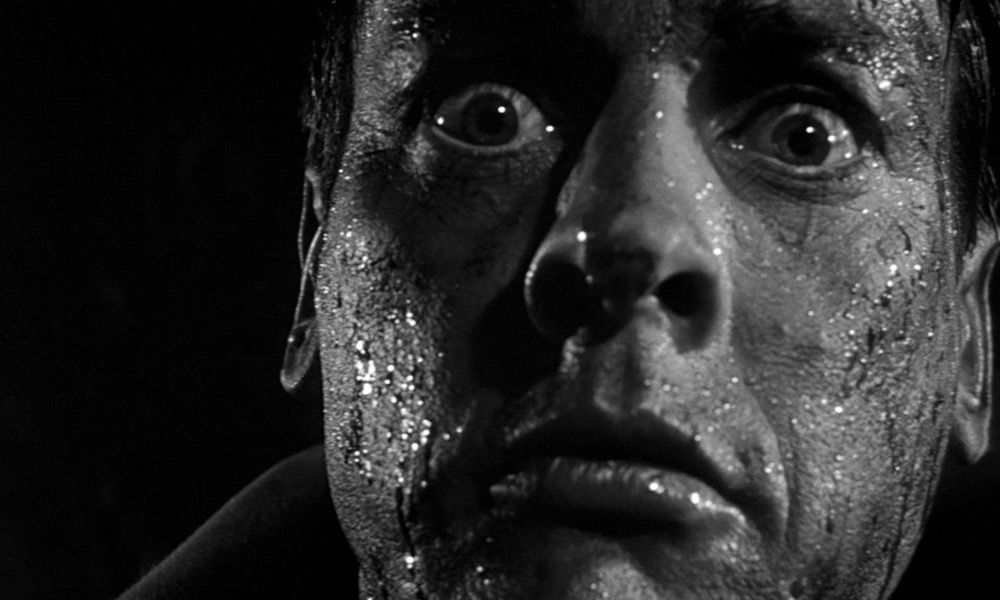 An iconic fifties film, Invasion Of The Body Snatchers has withstood the test of time, and remains a classic tale of alien invasion that has been remade time and time again.

Of all the versions of this film that have been made (Invasion Of The Body Snatchers – 1978, Body Snatchers – 1993, and Invasion – 2007, I still consider the original to be the best. It does not rely on CGI or even fancy practical effects to accomplish what it does. It creates a noir style world of fear, dread, and paranoia that has the main protagonist questioning his own sanity and senses. The black and white film uses the classic tools available to early movie directors – a dramatic manipulation of light and shadow to accomplish its goals.

The alien invasion, in this case, is almost passive aggressive in its insidiousness, as the population of a small California town are slowly replaced by alien duplicates that are exact copies of the people that they are substitutes for, except in one manner only noticeable to those that know them. They are without emotions and expressions of feelings, leaving them almost robotic in manner as they go about the motions of carrying out the originals they replaced daily lives.

The tension becomes palpable as the story develops, and more and more people are replaced by the alien dopplegangers. The aliens are a result of spores that has fallen into earth’ atmosphere and grow into pods that grow inside them the copies of the people they are near. The fifties slang expression “pod people” indeed comes from this film.

The first one to notice this subtle takeover is a local,  Dr. Miles Bennell (Kevin McCarthy). The movie begins with him screaming and ranting, in a hysterical state, as he is brought in by authorities for disturbing the peace and disrupting traffic. As he tells his story, the narrative of the film is in flashbacks, for the most part, told from his point of view. His portrayal is memorable as the character he portrays is driven to the edge of madness by what he has experienced and seen. He is frustrated as he witnesses the people he knows and loves replaced by copies he does not recognize, and the realization of it being nearly impossible to prove, and to convince outsiders it is true. He and a friend have found several of the pods growing with duplicates inside only partially developed to varying degrees. the situation continues to escalate as more and more of the town’s population is replaced and Bennell becomes the hunted quarry of the alien invaders who want to replace him too.

McCarthy is great in the role of Bennell. His increasing paranoia and hysteria is just intentionally over the top enough to make it memorable and close to perfect for what the film is trying to accomplish. The rest of the cast is made up of some fifties greats and and notables including; Dana Wynter, Larry Gates, King Donovan, Carolyn Jones and even future director Sam Peckinpah in a minor role.

Much has been made of the film being an allegory for the fear and paranoia of the period’s McCarthyism and its obsession with a communist takeover of America, with the emotionless aliens representing the communists. This is purely coincidental and not the intention of the film’s creators

Invasion of the Body Snatchers was selected in 1994 for preservation in the United States National Film Registry by the Library of Congress as being “culturally, historically, or aesthetically significant”. In June 2008, the American Film Institute revealed its “Ten top Ten” — the best ten films in ten “classic” American film genres — after polling more than 1,500 people from the creative community. Invasion of the Body Snatchers was acknowledged as the ninth best film in the science fiction genre. A true classic.