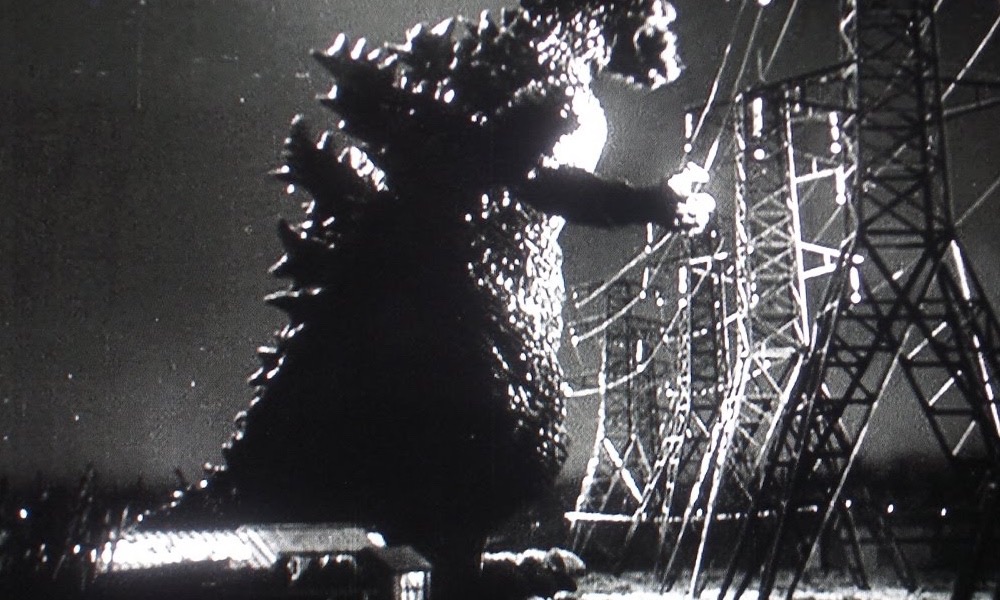 It’s good to be the King, and apparently, size does matter, but filmmakers have had a hard time successfully adapting the giant atomic lizard to the 21st century age of CGI.

Whether you’re a fan of the classic man-in-a-rubber-suit version of our favorite world-famous kaiju or the more recent releases, there’s no denying that the iconic monster is a fan favorite the world over and remains the fan-favorite king of movie monsters.

Born out of the atomic age of the ’50s, Godzilla represents the anxiety that followed the nuclear bombing of Japan at the end of WWII, experienced most intensely by the victims of that occurrence, who gave him birth.

Godzilla’s exact origins vary, but classically he is depicted as an enormous and amphibious prehistoric sea monster awakened and empowered by nuclear radiation. Although the specific details of Godzilla’s appearance have varied slightly over the years, the overall impression has remained consistent.

Initially inspired by the fictional Rhedosaurus created by animator Ray Harryhausen for the film The Beast from 20,000 Fathoms. Godzilla’s iconic character design is an amphibious reptilian monster based around the loose concept of a dinosaur with an erect standing posture, scaly skin, an anthropomorphic torso with muscular arms, spikes on its back and tail, and a furrowed brow.

Godzilla’s signature weapon is his “atomic breath,” a nuclear blast that it generates inside of its body and unleashes from its jaws in the form of a blue or red radioactive heat ray. Godzilla’s size is inconsistent, changing from film to film and even from scene to scene for the sake of artistic license.

The first film, Godzilla (ゴジラ Gojira), directed by Ishirō Honda, is an early and influential classic in the monster film genre and was initially released by Toho in 1954. By using the atomic bomb that gives birth to the monster, the film tapped into political undertones and feelings nearly universal in Japan at the time.

For its North American release, the film was reworked as an adaptation and released in 1956 as Godzilla, King of the Monsters!. The film featured new footage with Raymond Burr edited together with the original Japanese footage. The film was a huge hit internationally as well as in America. One thing is for sure; the big guy has a lot of appeals all over the world.

It marked the birth of a colossal pop-culture franchise that still has a broad fan base worldwide, making the creation of a pop culture icon. The success of the Godzilla series itself would go on to inspire Gorgo, Gamera, Yonggary, and many other monster films worldwide. The tone and themes of the original films vary widely. Some movies have political issues; others have dark tones, complex internal mythology, or classic action movies featuring aliens or other monsters, while others have more simple, straightforward ideas accessible to children.

The Godzilla film series breaks down into three eras reflecting a characteristic style corresponding to the same periods used to classify all kaiju (monster movies) in Japan. The first two refer to the Japanese emperor during production: the Shōwa era and the time of Heisei. The third is called the Millennium era as the emperor (Heisei) is the same, but these films are considered to have a different style and storyline than the time of Heisei.

An American version of Godzilla was released in May 1998, featuring Matthew Broderick and a stealthier and speedy CGI edition of the classic monster. The film received negative reviews from critics and fans and was a box office failure, grossing $136 million domestically and $379 million worldwide at the end of its theatrical run. Planned sequels never got made, and a weekly animated series, Godzilla: The Series, was produced instead.

Another version of Godzilla was released in May 2014, co-produced by Legendary Pictures, with Warner Bros, featuring Bryan Cranston and directed by Garth Edwards. This time around, the film featured a version of the King more similar to the original classic version people love but still gave birth to a controversy regarding his appearance.

The film franchise consists of 29 films produced by Toho (three of which had American adaptations and two Hollywood reboot movies). Toho was released in July 2016, while Legendary Pictures is proceeding with a shared cinematic franchise of their own with Godzilla: King Of The Monsters to premiere on May 22, 2019, and Godzilla vs. Kong to open on May 22, 2020.

No matter which version of the immortal monster you are fond of, one thing is for sure, Godzilla is here to stay for the foreseeable future. Who knows?  After the tragedy of Fukushima, he may turn out to be a prediction of a future resulting from that event. Long live the King.