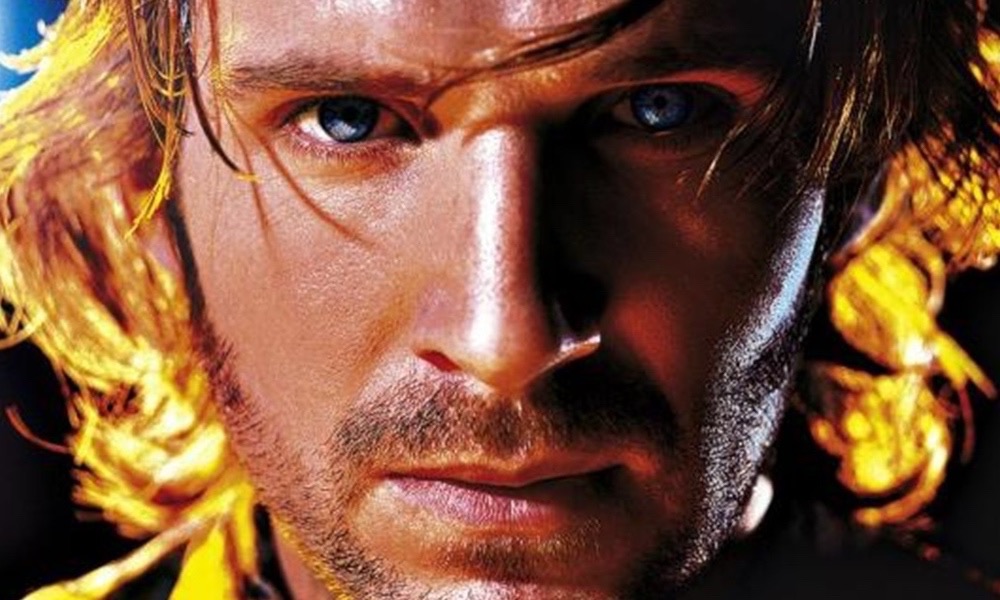 The future is the past in this grim depiction of an oddball mix of a love story/murder mystery in LA on the last night of the twentieth century.

One thing that’s interesting about science fiction movies is seeing movies that predict the future when that future is already the past when you watch it. Sometimes they are chillingly accurate and other times not even in the ballpark. Like a lot of them, this movie is a mixture of both. It involves a piece of technology called the wire, that is composed of a headset that can either record or playback directly to, or from, a person’s cerebral cortex in conjunction with a console. It’s the holy grail of  those trying to develop a more immersive virtual reality experience in the real world of today, and in the movie its illegal.

Against the backdrop of a grimly portrayed future LA, the movie’s in part about things that are currently very much in the forefront of today’s news and forums of public opinion, the militarization of the police, and the killing by them of unarmed citizens they are sworn to protect. It’s almost as if the film is a dramatic presentation of the very things seen in today’s news reports involving “Black Lives Matter” and other current issues with the police.

Following the killing of popular anti-cop, politically charged, black rapper Jeriko One, it portrays a city near the boiling point and already on the verge of resembling a war zone, while at the same time revving up for the celebration to mark the turn of the century.

In this time-bomb scenario we find Lenny Nero (Ralph Fiennes). Lenny is a sleazy guy who is a dealer of clips for those seeking vicarious thrills by  getting off on the  experiences of others second hand. For users of the wire, violent and sexual experiences are in high demand. Fiennes does a great job portraying  the ex-cop turned dealer of illegal clips. This is not a character you can feel much sympathy for, Lenny is as shallow as a butter knife, trapped in the past and obsessed with his ex-girlfriend Faith (Juliette Lewis), thinks he has a sense of style (mostly bad), and is just a opportunistic jerk that talks too much and sees everyone as a mark to hustle, including his friends. In short, Lenny is an idiot.

Faith is well portrayed by Lewis  as  basically an ambitious whore with dreams of making it as a pop music idol. She flaunts her sexuality like the weapon it is and is convincing in the role as the white-trash-trailer- park-tramp-wanna-be-sex-goddess she depicts. Faith has gotten involved with bad boy record producer Philo Gant (Michael Wincott), powerful and wealthy as well as paranoid. A mean spirited jerk.

In sharp contrast is Angela Bassett as the sharp tongued and rock solid  Lornette “Mace” Mason  a chauffeur, single mom and the quintessential no-nonsense black  mama who is a faithful friend to Lenny, who she is secretly in love with. Bassett is an elemental force of nature in the role that represents the power and strength of women. Unapologetically fierce, she is Lenny’s only true friend and is unflinchingly, and brutally honest with him about the decisions he makes and how he is screwing his life up at every turn. She proves more than once she is the kind of friend its good to know has your back. We should all be so lucky to have a friend like that.

Add to this mix Lenny’s sociopathic, criminal mastermind, ex-police pal Max (Tom Sizemore), a couple of loose-cannon-mad-dog-cops (Vincent D’Onofrio, who is excellent as the mad dog part of this duo, and William “creepy eyes” Fitchner) who are trying to cover up the fact they are behind the killings, and the result is an odd concoction of a love triangle, a city on the brink of war, and a film noir style murder mystery all unfolding as the Y2K celebration reaches its peak. The movie is aptly named.

This film, written by James Cameron, is rated R, and comes off more as an adult crime drama than a science fiction movie. Sensationalistic, lurid, and violent, it often feels like sexploitation in its depiction of the story. The conclusion of the story sees the public finally pushed too far by police brutality, and responding to the beating of Mace by police by rising up as one to intervene. The only message i came away with from this film is that love is not rational, but even losers like Lenny get lucky sometimes, and if you’re in love, just be patient long enough and you’ll get a happy ending like Mace, when Lenny finally figures out what he has been looking for was right in front of him the whole time. Happy Sci-Fi New Year!