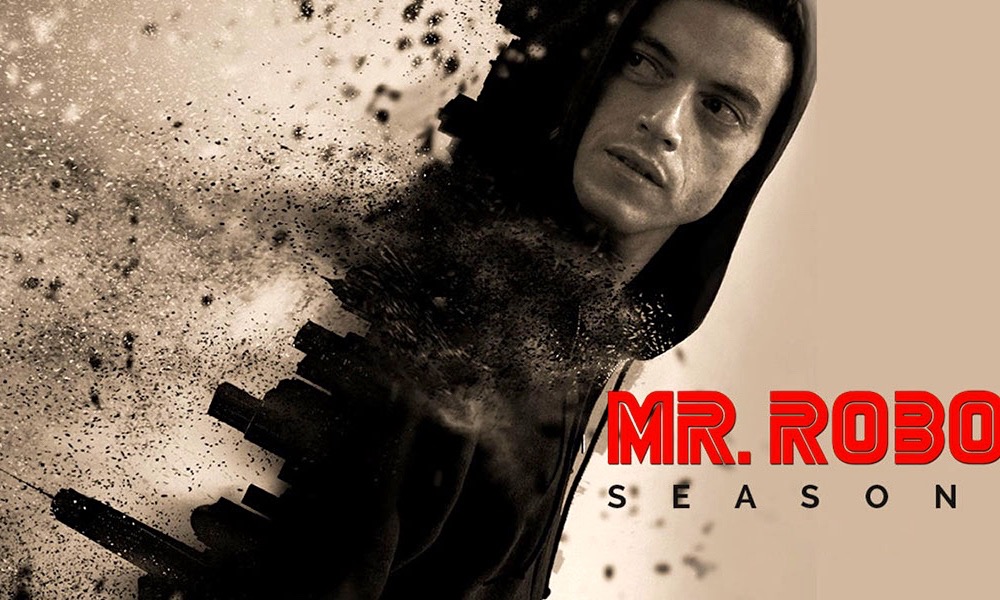 A smorgasbord of moods and textures this time around with only a little in the way of clues about what’s next for the show.

This series has a way of making it seem like lots has happened even when it gives us a relatively uneventful episode. which is what it did this time around in a bridge edition meant to span was has gone before and what is ahead. This episode showed off the series ability to paint a dark and moody picture that remains abstract without a specific concrete subject as its focus.

There’s lots of innuendo, and it gives us a number of cliffhanger moments, that we’ll just have to wait until next time to see how they turned out. Any fan of tv and movies understands the relationship we have with the creations we watch and trust to entertain us. They are the manipulators and we the manipulated. Most of the time I am ok with this arrangement, unless the story, or some other aspect of the production is really, noticeably bad, and makes me feel like I wasted my time, and I got hooked into a trade where the other party didn’t keep up their end of the deal.

The episode was full of those ordinary moments, made extraordinary in the show’s usual style, that makes life seem like a dream, or maybe a nightmare. There was lots of vaporous dreamstuff, but very little in the way of substance that moved the story forward, heading into the season finale. I didn’t get frustrated by this, I have grown to trust this series to deliver in a big way when it wants to, and have enough faith to know it has something mind-boggling in store for what’s left of the season, in its final episodes.

Here’s a recap, laced with some comments (*warning, spoilers follow*)

The episode begins with a replay of Elliot’s time in prison, and why he was in there. this time told from a realistic point of view. Lone Star is there, in his real identity as a prison guard, and Ray’s there too as the prison warden, as we suspected he might be. Leon is there as a fellow inmate who shows Elliot friendship, and takes him under his wing, and initiating him to life inside the place

Ironically, it turns out Elliot got out of jail early because of the 5/9 hack, and its not clear, but that may be why he pleaded guilty when he had his day in court. He went to jail for hacking his therapist’s boyfriend and stealing his dog. After his release, he’s met by Darlene, who brings him up to speed. They are talking on the subway, and a man sitting near them seems to remind her to be more careful what she says and who might be listening.

Elliot visits his mom in a rest home. he attempts to start a conversation with her, but gets no response from her at all. She doesn’t move or say anything, and he finally leaves her alone in the silence of her small, featureless room.

They go back to Cisco’s where surprisingly she is still staying, and Cisco’s there with nice trophy on his forehead, from Darlene’s attack with a baseball bat at the end of last week’s episode. There is talk of finding Mobley and Trenton who are still both MIA, but while he’s there it becomes apparent something strange is going on with his alter ego, when he hears him talking to the others in another room. This is something new, normally Elliot is not aware when Mr Robot takes over and speaks, let alone being able to watch and listen while it happens. Mr Robot feels as if something is wrong too, and says as much.

At one point during a conversation they are shown rapidly switching places repeatedly, blinking in and out as one rapidly replaces the other as he speaks, as if they are somehow being separated arbitrarily without rhyme or reason. This implies, of course, their relationship is changing somehow, and that maybe the schism between the two is fading away, or getting worse. It happens again on the subway, and Elliot freaks, but suddenly finds himself back to knowing where he is and he calms down.

So, instead of trying to find Mobley, and Trenton, Elliot decides he wants to find out about the second stage of the plan from White Rose and the Dark Army, so he hacks  the phone of Mr Xum, Cisco’s contact with the hacker group. Cisco is freaking out because he knows how dangerous the Dark Army is, but Elliot insists on meeting with Xum and when he does he tells him he wants to know about the second stage of the plan. he does this in hopes of  getting them to talk about it while Xum is on the phone talking to White Rose he has hacked, and it works.

We spend a brief visit with White Rose this time around. She is informed of Elliot’s release from prison as she is visiting the grave of the former CEO of E-corp and the conversation lets us know he died in a plane crash, a crash likely caused by the cross dressing asian. White Rose says she is inclined to take the same measures again She ends her visit to his grave by turning and squating like a woman to relieve herself on his grave.

Soon after we join him in his other persona as Minister Zheng on a walk, in a park, with Phillip Price, who still hasn’t resolved the difficulties being experienced by E-corp. They are deep in conversation, and when Price mentions the possibility of cutting one of Zheng’s projects, the conversation becomes less friendly, and they both engage in threatening one another.

Its impossible to know who has the upper hand in their relationship, but the conversation turns vicious when Zheng threatens Price to not mess with his projects, and Price responds with equal venom, even mentioning WWIII, before walking away after threatening to bring Zheng down with him he if goes down, because he has nothing to lose.

Meahwile Angela is still sneaking around at Ecorp, and arranges for her boss’s receptionist to be away from her desk long enough for her to hack his computer, and get his login info, she goes back to her office and downloads all of his files, and they contains some gnarly stuff, like the a connection between E-corp and the water in Flint Michigan, and things of that sort.

She is spotted at his desk by a friend of his who just happens to stop by on his way out. It feels like the veneer of Angela’s doe eyed innocence is  beginning to slip, and will not offer much in the way of protecting her for much longer. It seems inevitable her duplicity is going to catch up with her soon, and bite her in the ass.

On another front, Darlene realizes she may have left the last video they made back at  Susan Jacobs condo. She tells Cisco to go and get it, he’s not eager to revisit the place, but goes and finds the tape almost right away, but as he’s leaving he sees something that judging by his expression he can’t understand or believe, and we are left to wonder what it is he’s looking at.

Back at his place Elliot goes for walk and when he returns  he sees Tyrell’s gigantic SUV parked in front of the building. As he approaches the car the window goes down and it’s Joanna Wellick who greets him by the phoney name, Ollie, he gave her when they met once before.

Finally we join Angela at her condo, and when she hears a knock at the door, its Dom DiPierro who acts like they are friends and more or less invites herself in. Angela asks her if she’s working for them, meaning, I assume Ecorp, and Dom answers her question with a question of her own. Angela asks her to leave shortly after she arrives, and Dom tells her she may be Angela’s only option to deal with what ever is tearing her up inside, and leaves her card. She’s playing  a game of  psychological cat and mouse with Angela and it seems to be working.

This episode left us withe pile of cliff hangers which hopefully we will get to see the results of next week. Such a tease. Elliot’s search for answers about stage two of the plan turns  out to lead back to him when White Rose says its odd he would want to know about stage two since it was his plan in the first place. Here we go again.

This episode had all the requisite effective surreal and moody textures we have come to expect from this series, but from a story telling point of view it was somewhat disappointing, setting up a whole bunch of stuff that we just have to trust we can cash in on later. It left me with the sense of someone left with a handful of IOU’s after gambling all night, and expecting to get paid in cash.