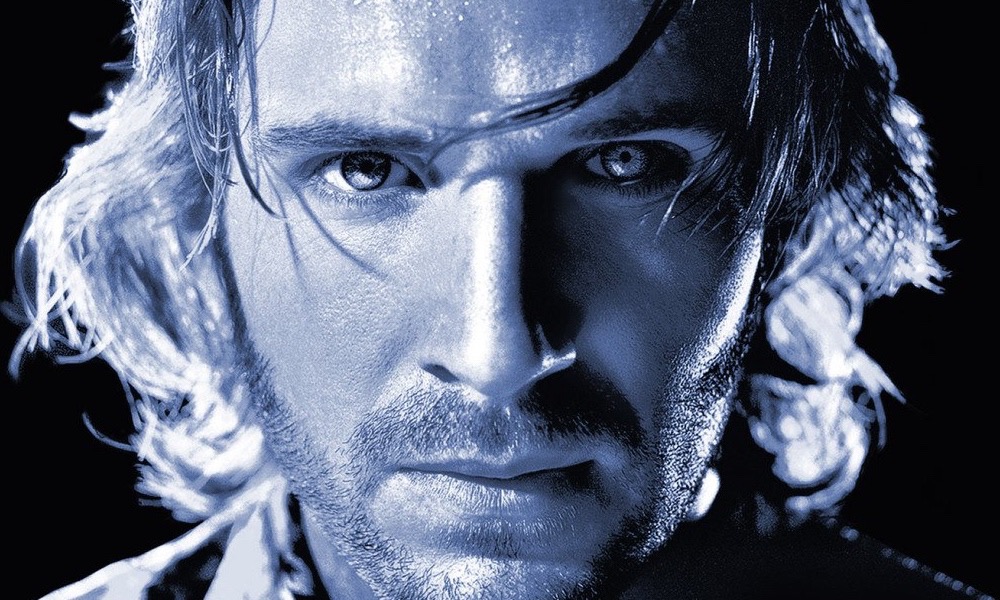 Set in the year 1999, when a lot of people still thought all the computers would crash and the world would end, Strange Days sets the stage in a modern noir setting for a story about murder and love.

Strange Days is a 1995 American science fiction thriller film directed by Kathryn Bigelow, written by James Cameron and Jay Cocks, and produced by Cameron and Steven-Charles Jaffe. It stars Ralph Fiennes, Angela Bassett, Juliette Lewis, and Tom Sizemore. The film depicts the last two days of 1999, following Lenny, a sleazy black marketeer of SQUID discs, recordings that allow a user to experience the recorder’s memories and physical sensations, as he finds himself involved in a cover-up related to the murder of a prostitute.

Set against the backdrop of social upheaval due to public backlash over police brutality, and the unexplained murder of folk hero Jeriko One (Glenn Plummer), the film follows former cop Lenny Nero (Ralph Fiennes) as he goes about the sordid life of a street hustler in near future LA. Lenny is a loser and a bit of a masochist. He always manages to screw things up and end up in dangerous situations as a result of his misguided decisions. He has only one thing going for him; people that care about his sorry ass, and he’s too blind stupid even to see that silver lining to his dark, depressing, and desperate life.

The only people that care are his two friends, bodyguard and limousine driver Lornette “Mace” Mason and private investigator Max Peltier. Mace has unrequited feelings for Lenny from the past, from when he was still a cop and stepped in as a dependable father figure for her son after her boyfriend got arrested on drug charges, but she disapproves of his SQUID-dealing business. Mace is the only real truth in his life and kicks ass, but Lenny is too dumb-ass to notice.

Lenny’s still in love with his ex, Faith Justin (Juliette Lewis), who has moved on with her life pragmatically pursuing a career as a pop singer. She tells Lenny repeatedly in no uncertain terms its over, but Lenny insists on living in the past and spends all of his spare time stalking her, and dwelling in the digital recordings of happier days for him when they were still together, using the illegal technology of the SQUID devices he hustles for a hit-or-miss living.

Things get scary when a terrified hooker being chased by thugs intent on her demise, unknown to him, leaves a SQUID disc in Lenny’s car. While out on a job, she was wired to record everything with one of the illegal devices, and she witnessed a murder. The plot revolves around finding the disc and discovering who committed the killing of the prominent street hero and political figure Jeriko One. This is all taking place while the city edges closer to the boiling point, and is about to explode.

Lenny is oblivious to everything except his misguided love for the past romance he enjoyed and he continues to go through one bad situation after another as he continues to miss the point, and repeatedly sets himself up for abuse at the hands of Faith, and her new boyfriend, record producer Philo Gant (Michael Wincott), and his bodyguard.

Somehow Lenny begins to wake up to reality and begins discovering bodies of people killed by someone who has found a way to turn the SQUID devices into a murder weapon. It becomes a race against time as it becomes obvious someone else is looking for the disc and pulling of a coverup, and betrayal plays role as Lenny somehow comes out on top, but solving the crime nearly costs him his life, as he finally realizes what’s been right in front of his eyes the whole time.

Strange Days manages to paint a portrait of a slimy engaging world populated with characters that make it quite a good tribute to the classic noir murder mysteries of the past while seamlessly integrating a near-comical caricature of LA nightlife of the near future with the addition of the near addictive device that serves as a warning about dwelling in the past while life passes you by.

Everyone is great in this film. Angela Basset is awesome as the brutally honest Mace. Any of us should be so lucky to have a friend like her. Juliette Lewis is screaming hot in her role and even does a memorable performance of a song in the film. A good movie, well worth a watch. Best wishes and happy viewing in the coming new year.