Modern Classics – Priest: 10 Reasons This Is A Vampire Movie I Like 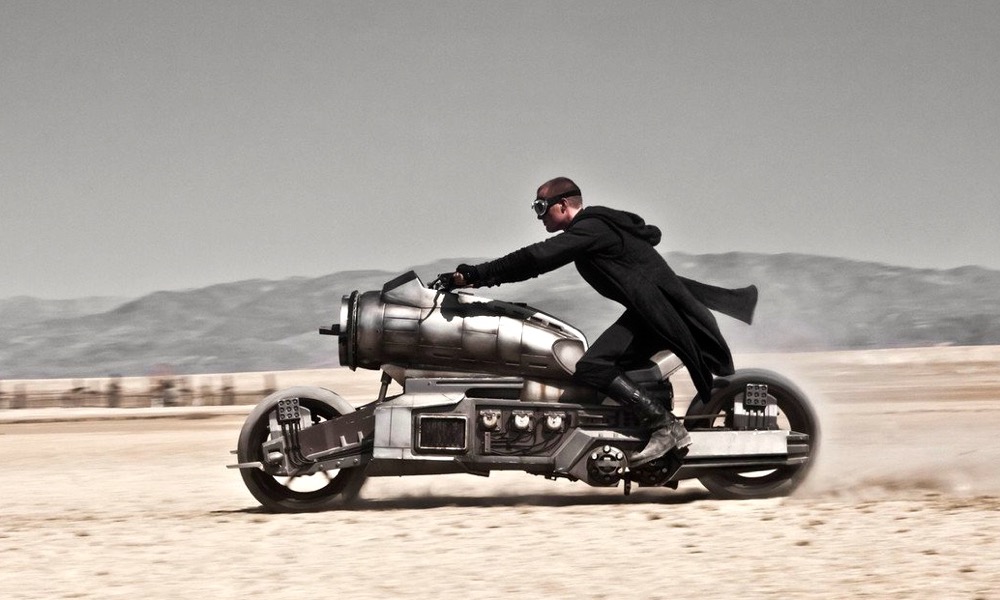 I should probably start by letting you know I am not usually a big fan of vampire movies, with the usual exceptions of films like Francis Ford Coppola’s Bram Stoker’s Dracula (1992) and a few others whose titles escape me at the moment, it’s a sub-genre that mostly leaves me flat. This film has scored only a 15% with critics and a lowly 46% with fans on the Rotten Tomatoes website. It deserves better and more love than that.

Priest, although it left most critics and some fans feeling less than enthused, I find it to be a thoroughly enjoyable film. Don’t get me wrong; I am not saying it’s deserving of notice by the many awards bestowing organizations out there, I am only saying its a good sound film, with an enjoyable cast, an interesting premise, and a good working story I enjoy. It also has several excellent science fiction touches that elevate it above the myriad assembly of vampire movies that have been produced and better received over the years.

In case you are unfamiliar with the film, I am talking about; Priest is a 2011 American post-apocalyptic, dystopian, science fiction, action, horror film starring Paul Bettany as the title character. Based on the Korean comic of the same name by Hyung Min-woo it’s directed by Scott Stewert.

In an alternate world, humanity and vampires have warred for centuries. After the last Vampire War, a veteran Warrior Priest (Bettany) lives in obscurity with other humans inside one of the Church’s walled cities. When his niece (Lily Collins), is kidnapped by vampires, the Priest breaks his vows to hunt them down. Joining him is the niece’s boyfriend Hicks (Cam Gigandet), who is a wasteland sheriff, and later, a former Warrior Priestess (Maggie Q)

(1) The City: After the setup of the vampire attack that results in the kidnapping that sets things in motion, we pay a brief visit to the City. It’s a place that seemingly dwells in perpetual darkness, and it has the look of a fascist state with armed soldiers everywhere. It’s reminiscent of depictions of the legendary Gotham only this looks like an even darker cousin to that city. It’s an urban center that’s dying under the weight of fear and oppression caused by the theocratic government that rules the place. The film serves as a stern warning against letting any religious group ever gaining political control.

(2) The Wastelands: The film soon segues into the wastelands, your standard flat, featureless environment that has the look of a sterile desert-like place nearly incapable of sustaining life, which raises the question of why would anyone choose to live there?. It’s a classic trope that makes a suitable context for the events of the film’s story. The wastelands are home to towns (and the ruins of old skyscrapers) that have the appearance of the old west to a degree. The buildings have the look of a more recent pedigree belied by their rundown and bedraggled appearance. Likewise, the people that dwell there. The background is another one of the things what I like about this movie, it integrates the look and feel of Firefly (2002) with vampires and mixes in a little Road Warrior (1981) as well.

(3) The Priests: The priests are badass martial artists, apparently highly skilled with not only hand-to-hand combat but with many sorts of weapons as well. The film borrows the idea from the countless movies and even a tv series about the Shaolin priests who created kung-fu. Priest integrates some great and well-choreographed fight scenes as part of the action.

(4) The Jet-bikes: The transportation of choice used by the priests. Motorcycles that have what looks like a jet engine turbine where a fuel tank and headlight would normally be, capable of great speeds and sound cool too. These gratuitous creations added a nice futuristic touch to the film.

(5) Karl Urban: Karl makes a great villain, and as the ex-priest-turned-first-human-vampire, in this, he’s deliciously evil. They even put a flat-brimmed black hat on him so he would he would look the part even more. Corny but effective.

(6)The vampires: These are not your standard vampires they do not turn into smooth-talking Lotharios or bats, they are frightening eyeless beasts this time around with an insatiable need to kill and feed, they are part of a hive society complete with a queen. Incredibly powerful and fast, they are deadly killing machines and come in more that one standard edition. By reducing them to more animal-like creatures, it puts the relationship between them and humans as a more simple and primal one of predator and prey. It was a situation the humans had under control until the hybrid Black Hat comes along and changes all that.

(7) The train: The whole film does a good job at the art direction that utilizes a successful blend of retro and future designs including the near art deco design of the train Black Hat commandeers as a part of his plan to tip the balance of things in favor of the vampires. The train is cool like an earth-bound cruise missile it hurtles towards the city like a dark harbinger of doom. It represents a fitting irony that the same technology that people used to defeat the vampires is now getting repurposed to accomplish the opposite goal.

(9) The romantic interests: Even though it is never dwelt on or given a chance to become a sappy part of the film’s narrative love is the glue that holds this story together. The love of a father for his daughter and the love that was denied the two priests because of their vows. Although the film never dwells on it, I appreciated that the film included the basic human ability to feel affection as an undercurrent to help drive the film’s narrative.

(10) Christopher Plummer: The film’s other bad guy. It is difficult to decide which is more of a villain in this film, Black Hat, or Monsignor Orelas (Plummer). He’s quite effective as the dogma driven and blindly myopic head priest whose ignorant and inflexible way of seeing things is causing many to lose their faith in what the church should represent to those that need it to be more than a required part of their lives. He represents the sort of real-life villain encountered far too often in our world.

So you see, I think there’s a lot to like and enjoy about this film, and think it deserves a higher standing as a modern classic I liked a lot.