LATEST
Home Movies Blu-ray The Fifth Element (1997): Luc Besson’s Stylish Blend of Science Fiction and Fantasy Remains One Of The Best Ever

The Fifth Element (1997): Luc Besson’s Stylish Blend of Science Fiction and Fantasy Remains One Of The Best Ever 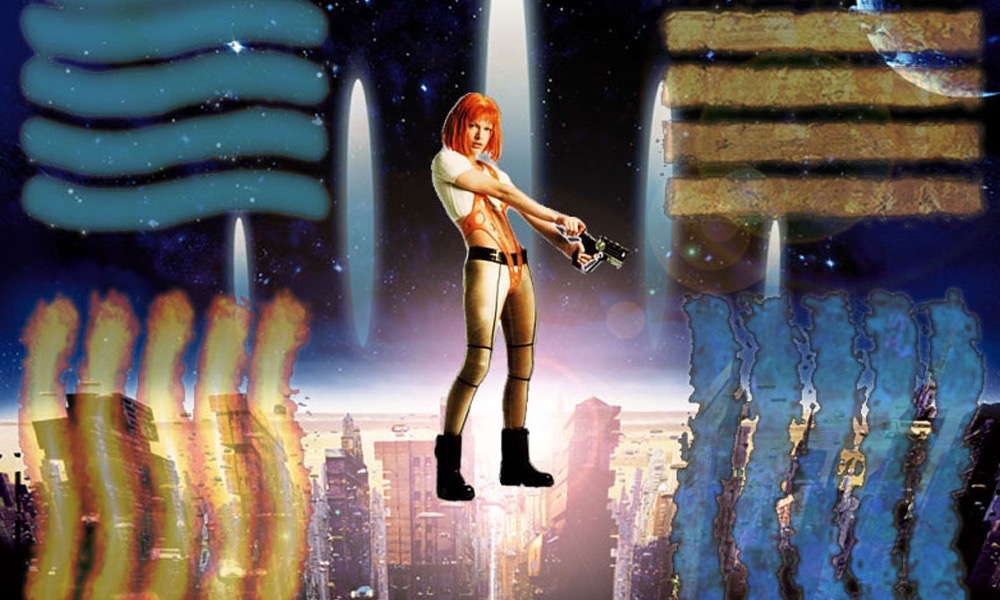 Sci-Fi Nerd commentary, reflection, and accolades from a fan’s point of view on all things sci-fi and fantasy.

When even the bit parts in a movie are this remarkably good, you know you’re experiencing something extraordinary.

Writer/director Luc Besson (La Femme Nikita, Leon: The Professional, The Transporter, District B13, and Angel-A) is well known as one of the best for his signature ideas and stylish films. This one, however, has been widely recognized as not only one of his best but as one of the best period. The Fifth Element achieves the sort of perfection as a movie that other films can only hope for and does it in a way that makes it seem almost effortless and natural in its exquisite beauty and epic scope. The production design was in the capable hands of comics writers Jean Giraud and Jean-Claude Mézières, whose comics inspired parts of the film, while costume design was by Jean Paul Gaultier.

The story is delightful, witty, amusing, charming, and full of surprises without ever seeming overly contrived. Part fantasy and part science fiction, these elements are then eloquently blended into a seamless concoction of action, mystery, and adventure which, at its core, includes a classic battle between good and ancient evil, and involves a love story that is classically and archetypically timeless, and spans the universe. The story is simple and unfolds like the modern fairy tale it is; it has no lengthy exposition or character development, it plunges the viewer into the universe it creates with the speed of one of the spaceships the movie depicts. This film is a reminder that outside of the Star Wars franchise, outer-space adventure films this good are too few and far between.

No matter how good the actors, director, and screenplay, luck plays an important role nonetheless, and sometimes we are lucky enough for everything to come together at the same time, and it results in a remarkable, and unusually excellent film. The film’s cast is perfect, featuring Bruce Willis as the world-weary, retired soldier, down-on-his-luck-taxi driver-turned-hero, Korben Dallas. Mila Jovovich as the elemental and delightful Leeloo, Gary Oldman as the sinister and evil Zorg, Ian Holm as the flustered but brave priest Father Vito Cornelius, Chris Tucker as loudmouth media sensation of undetermined sexual persuasion Ruby Rhod and others too numerous to list here. That’s the thing about this film: when even the bit parts are all this remarkably good, you know you’re experiencing something extraordinary. The movie is so full of delightful moments; it would require a book to describe them all — more fun to watch it.

I doubt there are many fans out there that are not familiar with the story the film tells about a desperate race against time in an attempt to prevent a mysterious dark force of evil from its prophesied regular 500o year cyclical visit to earth. A black planet represents this archetypal evil headed our way that already has agents here to help carry out its agenda in the form of Zorg, a multi-national corporate head, and his agents the Mangalores, the surly, violent aliens that do his dirty work at the bidding of the great evil.

Centuries before another alien race the Mondoshawans visited the Egyptian desert of the Earth in a ship to collect the only weapon capable of defeating the great evil. The device is in the form of five elements, all of which are needed for it to work. The Mondoshawans are marvelously alien in appearance. In 2263 as they attempt to return to earth, Their ship is ambushed, attacked and destroyed by the churlish Mangalore, and of the five parts of the weapon required, only the hand of the fifth element gets recovered from the wreckage.

The hand is used to distill its essence into Leeloo, a humanoid woman who is at the center of this tale. She is not entirely human although she appears to be. Jovovich nails the part in what is probably her best role to date. The character is yet another strange twist on the alien princess trope often found in science fiction. She is a charming, delightful blend of both feral ferocity and femininity in her behavior at the same time, and to the casual observer might appear to be psychotic too.

After escaping the lab that created her, she almost literally falls into Korben’s lap by jumping off the ledge of a building into the busy flow of flying cars in the city traffic below and accidentally landing in Korben’s taxi. They manage to escape, and he takes her to the domicile of Cornelius where it gets determined they must travel across the universe to meet a luxury space cruise ship, the Phloston Paradise, to collect the rest of the weapon’s parts – four stones that symbolize the four elements required to activate the fifth. The spaceport involves one the film’s most amusing, and memorable scenes including the all-purpose multi-pass used to travel. The chase to get the stones becomes a struggle between Korben and Leeloo, Zorg, and the Mangalore who have parted ways with Zorg and now want the artifacts for themselves.

The subplot that develops while all this is going on in the relationship that develops between Dallas and Leeloo. It’s a story of a fated love that spans the centuries, the universe, and is the real truth that transcends and triumphs in the battle against evil.