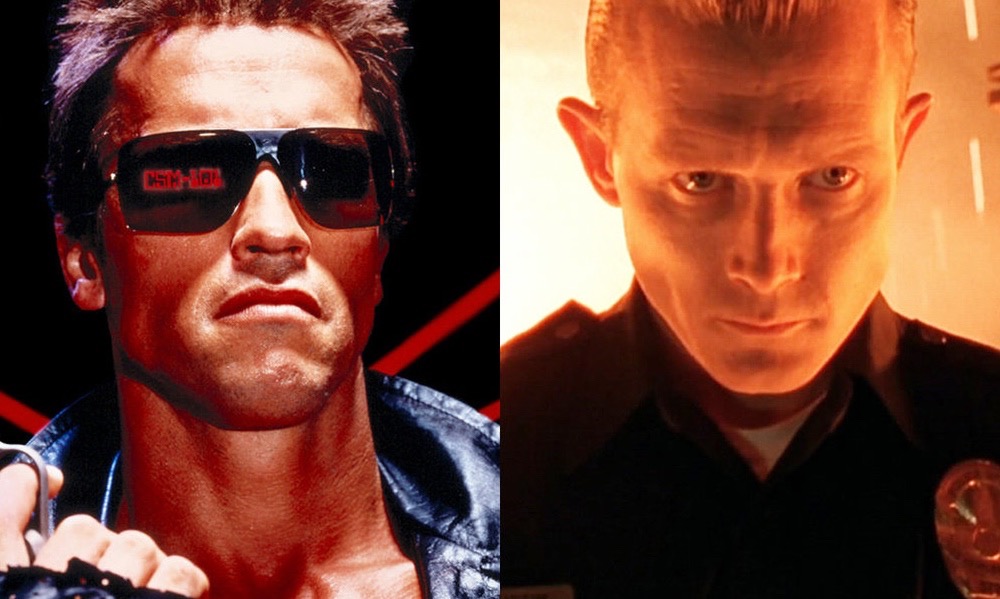 No matter what you think of the genre films of James Cameron, this is one where he got it right.

Terminator 2: Judgement Day, or Terminator 2 or T2, as it is sometimes known, is widely considered as belonging to an elite group of science fiction films, films that are close to perfection and that exemplify what fans are looking for in a great science fiction movie.

A well-balanced blend of action, adventure, suspense, mystery, and humor all rolled up into a top-notch quality production with a great cast, writing, and direction. This film has it all and doles it out wonderfully in an engaging classic for the ages that after 25 years has withstood the test of time and done it well, in a film awash with iconic, unforgettable scenes.

What makes this film so good? Obviously, it’s a combination of all those ingredients, but there are a few things that stand out about the movie that seems worth mentioning in any retrospective written about it. Great movies often share some of the same characteristics. Things like even the small supporting roles done so well, a great story, that combines humor and drama in doses that put you on an emotional roller-coaster throughout its duration, and engaging characters that resonate well with the viewer.

As mentioned before, the cast, which includes Arnold Schwarzenegger, Linda Hamilton, Robert Patrick and Edward Furlong, is one of the reasons this film is so great.

Arnold makes his second appearance as the titular character in the film, a role he made justifiably famous in the original. A role that all but guaranteed, and cemented a successful career for the muscle builder as an action movie star. His take on the character’s somewhat wooden movements and speech are a little more relaxed here as the film depicts his evolution, as it/he learns more about what it means to be human.

The relationship between Arnold’s Terminator and John Conner (Edward Furlong), is another reason this film resonated so well with fans. It served well as a device to help relieve the tension in what is a pretty grim story, involving the relentless attempt by what is a killing machine to kill a young boy.

Furlong is excellent as the snarky younger version of the future leader in the human fight against the computer overlords that have conquered the world after the initial evolution of Skynet into the world’s first AI turned hostile. That event started a series of events, which toppled humanity from its role as top dog in a world where it controlled technology, instead of the other way around.

Robert Patrick as the T-1000, the more advanced Terminator model that makes Arnold’s older model obsolete, was an unknown element, whose career got a big boost by his participation in this film as the shape shifting, homicidally motivated, computerized killing machine. He is memorable in the role despite not having much to do, except serve as a basis for much of the film’s award winning CGI effects, in a great and marvelous story where he is the film’s chilling, chief antagonist.

The real star of this film is Linda Hamilton, who is remarkably memorable, and nearly steals the show, in a role that is probably her greatest ever as the closer-than-she-should-be-to-certifiably-insane Sarah Conner. She has transformed since the last time we saw her in the franchise’s first edition. Her demeanor reflects the torment, and trauma she has endured. Her obsession with the nightmare of having the knowledge of the grim future awaiting humanity, she has finally been forced to come to terms with, is incredibly well portrayed by the actress of her character’s single minded purpose, of attempting to save the world, and the life of her son. This burden has taken its toll, but she has managed to soldier on, despite being incarcerated unjustly for what she has experienced.

An iconic example of modern science fiction in film, Terminator 2 was a critical and commercial success and influenced popular culture, especially the use of visual effects in the movies. It received many accolades, including four Academy Awards for Best Sound Editing, Best Sound Mixing, Best Makeup, and Best Visual Effects.

The highest-grossing film of 1991 and Schwarzenegger’s career, Terminator 2 has since been ranked by several publications such as the American Film Institute as one of the greatest action movies, science fiction films, and sequels of all time.