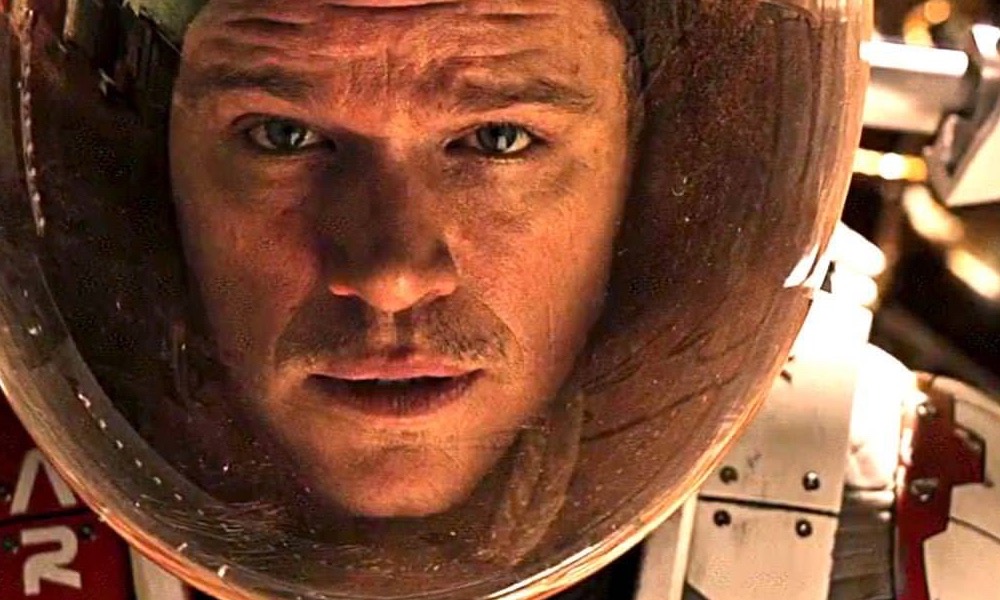 It’s that time of year again when films represent our choices for the productions we think best represent the genre.

First of all, let me say I think all of these movies are excellent representations of science fiction in movies for 2015. It’s interesting to note there are no outer space adventures in the classic sense here. The only real outer space adventure blockbuster of the year, Star Wars: The Force Awakens is not part of the mix because I haven’t seen it yet. The films chosen are based on the usual criteria of story and dialogue (writing). How well the story is depicted and portrayed (directing and acting), and something else I like to call the cheese factor, which has to do with production quality and how well it succeeded in engaging me in the story depicted on screen. The matter of quality, in truth, had little to do with my choices since all of the movies passed this requirement with flying colors. There are some movies I felt earned honorable mention that is not on the list. Ant-Man and Jurassic World are both examples of this.

This epic ensemble cast adventure film is a remarkable accomplishment. A story both balanced and nuanced in its portrayal of the classic group of Marvel superheroes that never loses sight of being an entertaining and engaging comics-based film filled with the wit and charm for which writer/director Joss Whedon is known. The cast is excellent all-around in this action-packed adventure that sets the stage for the next round of Marvel’s superhero films. Thank you, Mr. Whedon, for an excellent movie.

Writer/director Brad Bird’s positive story about possible futures and the choices we make in our lives is an excellent fable-like story that deals with thought-provoking and relevant issues that are extremely important and increasingly relevant at the current crossroads we find ourselves at in the world today. I loved this movie and its portrayal of mystery, adventure, and a future world complete with robots (both good and evil), blasters, futuristic transportation, and one of the most awesomely cool post-industrial style rockets I have ever seen portrayed in a film. While it seems to target a younger audience, I didn’t think it was fair to be punished for that. It deserved more acknowledgment and recognition for being the wonderful movie that it is.

This somewhat dark, adult depiction of a story about AI initially left me with a WTF? Response the first time I saw it. After the dust had settled, I realized it all came down to the arrogance and hubris of the scientist. Nathan Bateman (Oscar Isaac) did a lot of foolish things that led to his downfall. It occurred to me that maybe the film was meant as an allegorical warning about our relationship with technology and advancing with it faster to a point beyond what we may be ready for, thus triggering our doom. The film is simple in its portrayal of a very eccentric and reclusive scientist who chooses an unsuspecting employee, Caleb Smith (Domhnail Gleeson), to administer the Turing test to a robot with AI has built at his isolated estate. It soon becomes questionable who is testing after Caleb begins to interview the charming and deceptively helpless Ava (Alicia Vikander). Vikander is remarkable and memorable in the role of Ava.

It still bothers me that someone as intelligent as Nathan would have no knowledge of Asimov’s laws of robotics and take no precautions of any sort against what occurs in this short story, and if there is a weakness in this grim tale, is it. The premise reminded me of Hal 9000. Still, this film succeeds in ways that got the attention of fans and critics alike, who widely recognized it as a great movie.

What a rush it was watching this relentless, action-packed film. Writer/Director George Miller recreates the classic post-apocalyptic wasteland adventure in this epic sequel addition to the franchise about the somewhat grim depiction of humanity’s future. Tom Hardy replaces Mel Gibson as the titular character in this edition which also features the stellar Charlize Theron in the bad-ass Imperator Furiosa ( a memorable name for a memorable character). The pace is frantic, and the action is non-stop in this tale about a search for freedom and a better future for humanity. There are colorful characters and wildly imaginative vehicles aplenty as the chase after a missing truck and a stolen harem of beautiful damsels in distress unfolds against the backdrop of a barren, waterless world ruled by warlords under the sway of the villainous and deadly Immortan Joe and his trained army of crazed religious fanatics. After death, this portrayal of life and death is a great film destined to become an iconic science fiction classic.

When I first heard about this movie, I must confess that I wasn’t that interested in it. My thoughts were, “Here we go again, another Gravity” (2013), in which Sandra Bullock survives the destruction of the space station and subsequent return to earth, but that’s where the similarity ends. This film, directed by Ridley Scott, is a horse of a different color with the grunts and primal sounds of Bullock’s portrayal replaced by  Damon’s witty dialogue and exposition. The film is way more engaging than I  thought it would be. It is a mature and intelligent depiction more along the lines of a well-done docu-drama that relies mostly on the realistic use of real scientific knowledge. The portrayal of Mars and scenes in outer space excel. Damon’s portrayal of the scientist as hero and the triumph of intellect over despair is a concept I have often lamented the loss of in modern superhero films where everything is resolved by who can punch the hardest instead of using their wits brains. A delightful movie with actual science fiction concepts at its core.

So there you have it, my picks for the best science fiction movies of the year. It was not easy for me to choose which films I thought deserved to be ranked higher than the others since I liked them all very much. I finally decided on The Martian as my number 1 pick because it most clearly represented best what hardcore science fiction is about while the others had more fantasy elements in their makeup. Feel free to comment about my picks and what yours would be and why. I am very interested in hearing what you think.