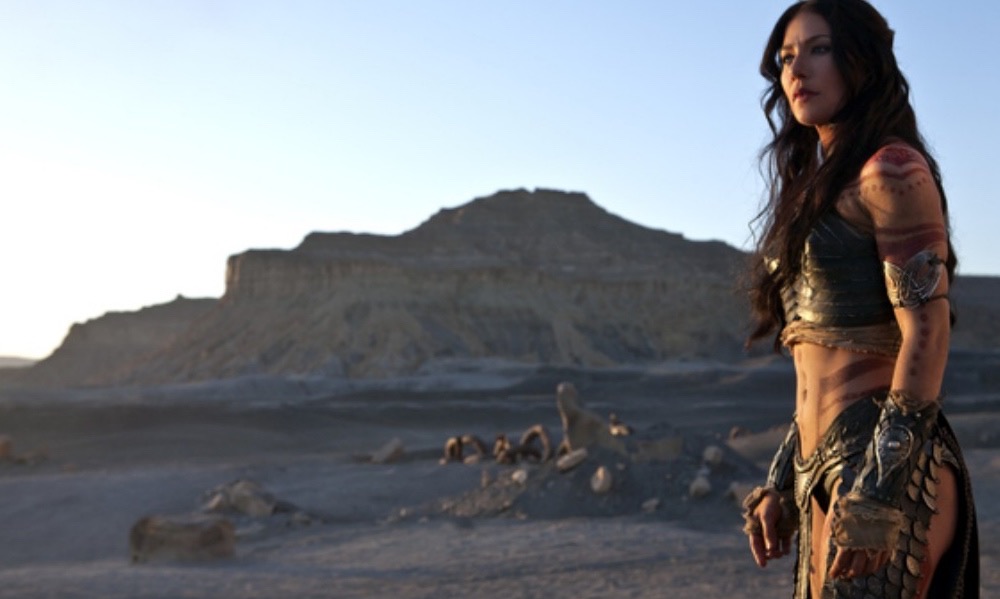 A great movie that fell victim to a bad marketing campaign, and was also destroyed by negative press before it even saw the light of day.

John Carter is a 2012 American retro-science fiction–fantasy film directed by Andrew Stanton from a screenplay written by Stanton, Mark Andrews, and Michael Chabon. The film’s basis is “A Princess of Mars” the first book in the Barsoom series of novels by Edgar Rice Burroughs.

John Carter stars Taylor Kitsch in the title role, Lynn Collins, Samantha Morton, Mark Strong, Ciarán Hinds, Dominic West, James Purefoy, and Willem Dafoe. The film chronicles the first interplanetary adventure of John Carter and the challenges of his attempts to deal with the warring kingdoms of Barsoom. A great cast, that did a great job, helping make this one of my favorite science fiction films of the 21st century so far.

Andrew Stanton, is an American film director, screenwriter, producer, and voice actor based at Pixar Animation Studios. His film work includes writing and directing Pixar’s A Bug’s Life (1998) (as co-director), Finding Nemo (2003), and WALL-E (2008). He also co-wrote all three Toy Story films and Monsters, Inc. (2001). In other words, he had a pedigree that more than qualified him to helm this movie.

John Carter is a beautifully done tribute to Edgar Rice Burroughs (September 1, 1875 – March 19, 1950), who, as most genre fans already know, was a prolific American author of the early 20th century. Burroughs, best known for his creation of the jungle hero Tarzan and the heroic Mars adventurer John Carter, produced works in many genres. His stories fall into the Jules Verne school of fantasy literature, being more oriented in telling stories about grand adventures, arguably more fantasy-like than focusing on scientific concepts, like those of H.G. Wells.

The film tells a great story in an orderly, and pleasing manner. The screenplay tells a story packed with action, mystery adventure, humor, and wit, complete with all the requisite ingredients one would expect in a story of this type. Included is a brave and beautiful alien princess, Dejah Thoris, well portrayed in the film by Lynn Collins. Of course, Disney had to change the character from the book in some fundamental ways; after all, the princess is mostly naked for the entire book.

John Carter is a great movie, poorly marketed, and treated like a bomb in the press before it ever screened, a series of comments and articles formed a perfect storm, which unfortunately worked, and led to an abysmal showing at the box office in America. A conspiracy freak might think it was all planned. This meant planned sequels were never made, and may never see the light of day, which is a shame. Revisiting this film last night, it remains in my mind, a great movie. Still, inexplicably, many fans came away with a thumbs down attitude, after seeing it.

We lost what might have been a great franchise because of it. The film had all of the qualifications to be the first of one of the great genre movie franchises of the early 21st century. The question remains how could this happen to such a great movie before it even screened?

There is evidence that leaves me to suspect that the so-called sophisticated genre movie fans today are more easily influenced by what they see in the press and on the internet in forums, opinion based articles, etc., and what not, more than they will ever admit. This, of course, makes them easier to manipulate.

Fans today allow themselves to get whipped up into a frenzy of negativity regarding a production that influences their opinion about it before ever even seeing a film.  To make matters worse, they stubbornly resist admitting they might have been wrong afterward, to the point of unreasonable denial.

This sort of irresponsible blind following of a momentary popular trend is mob mentality at its worst when fans continue to diss a film, even though it deserves a better opinion, never braving going against the popular belief out of fear of being labeled too stupid, or not sophisticated enough, to agree with everyone else.

The problem with science fiction movies today, may not be the movies themselves, but the modern genre fans that have such a high opinion of themselves. They sincerely believe they are smarter than anyone else, and that mistakenly confuse their views as the equivalent of facts, and like facts, are indisputable. Opinions are not facts, and sometimes it’s okay to change your mind about whether a movie is good or not.

Whatever the case, this film deserved better treatment by the people that produced it, and by the fans that claim they love the genre films they are fans of, but that all too often, seem to enjoy nit-picking a movie apart in a mean-spirited fashion, instead of celebrating the genre productions they claim to love. It started when  I was a kid and read the books, but because of this movie bringing the story to life, Barsoom will always continue to live in my heart and my mind.