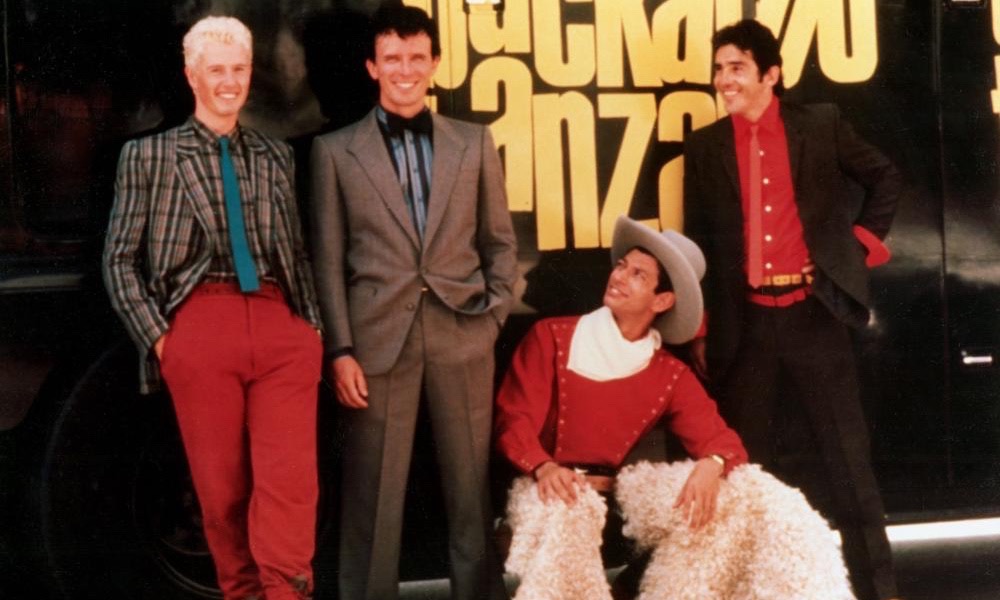 The Adventures of Buckaroo Bonzai Across The Eighth Dimension almost serves as a perfect time capsule for the whacky drug-fueled eighties. The fashions, the hairstyles, are all there; It only fails in that by not bringing the sound of  80’s new wave and punk rock along for the ride.

The Adventures of Buckaroo Banzai Across the 8th Dimension!, often shortened to Buckaroo Banzai, is a 1984 American science fiction romantic adventure comedy film directed and produced by W. D. Richter. The film’s narrative concerns the efforts of the multi-talented Dr. Buckaroo Banzai, a physicist, neurosurgeon, test pilot, and rock musician, to save the world by defeating a band of inter-dimensional aliens called Red Lectroids from Planet 10. The film blends elements of action, high adventure, science fiction and also includes moments of comedy, satire, and romance.

The film features a pre-RoboCop (1987) Peter Weller in the titular role as the multi-faceted and remarkable individual who, along with his unusual group of friends the story is centered around.

Buckaroo Bonzai boasts an ensemble cast of actors, most of whom went on to become quite notable in their careers, to some degree or another. The cast includes some remarkably young editions of some faces familiar to genre fans as members of his band, The Hong Kong Cavaliers, who are the principal colleagues of Banzai in the film and bear some similarity to Doc Savage’s Fabulous Five.

They reside at the Banzai Institute, a think-tank located in Holland Township, New Jersey. In addition to being multidisciplinary scientific experts in a variety of fields, they are also Buckaroo’s rock and roll band. They are all referred to by code names or nicknames and, except for New Jersey, their actual names remain secret.

~ Clancy Brown a very young Clancy Brown as Rawhide, arguably Buckaroo’s lieutenant. Plays piano.
~ Pepe Serna as Reno Nevada, who plays the saxophone.
~Lewis Smith as Perfect Tommy, who plays rhythm guitar,
~Jeff Goldblum as Dr. Sidney Zweibel/New Jersey, a neurosurgeon and a colleague of Dr. Banzai’s from Columbia. He sings a little, dances and plays piano. New Jersey is the rookie member of the Cavaliers, joining the team at the beginning of the movie.

The film also features two others in significant roles.
~John Lithgow as Dr. Emilio Lizardo / Lord John Whorfin. John Whorfin is the exiled leader of the violently aggressive Red Lectoids; the Black Lectoids describe him as “similar to Earth’s Hitler.”
~Ellen Barkin as Penny Priddy. A woman that Buckaroo encounters in a bar who turns out to be the twin sister of his dead wife, Peggy.

The story begins as Banzai (Peter Weller) prepares to test his Jet Car, a modified Ford F-350 pickup truck powered by a jet engine and capable of exceeding the speed of sound. The car also is specially equipped with a secret device called an “oscillation over thruster” (flux capacitor anyone?), which Banzai and his associates hope will allow it to drive through solid matter. The test is a success: Banzai stuns onlookers by driving the Jet Car directly through a mountain. Emerging on the other side, Banzai finds that an alien organism has attached itself to the undercarriage.

The experiment results in Bonzai getting involved in a war between two factions of an alien species known as Lectroids who come in two varieties of red and black. Hearing of Banzai’s success, physicist Dr. Emilio Lizardo (John Lithgow) breaks out of the Trenton Home for the Criminally Insane, after being held there for 50 years. A flashback shows Banzai’s mentor, Dr. Hikita (Robert Ito), was present at Lizardo’s failed over thruster experiment in 1938. Crashing half through the target wall, and briefly trapped in the 8th dimension, Lizardo’s mind was taken over by Lord John Whorfin.

Whorfin is the leader of the Red Lectroids, a race of alien reptiles who wage war against Planet 10. After being defeated by the less-aggressive Black Lectroids, Whorfin and his group got banished into the eighth dimension. Lizardo’s failed experiment accidentally released Whorfin, and he soon brings many of the Red Lectroids to Earth in an incident that was reported in 1938 by Orson Welles in his radio broadcast The War of the Worlds, only to be forced by the aliens to retract it all as fiction.

The Red Lectroids now pose as employees of the defense contracting company named Yoyodyne Propulsion Systems. They were unable to produce a working over thruster like Banzai’s, so Whorfin plans to steal it. Banzai’s team, the Hong Kong Cavaliers, finds out about Yoyodyne and hacks into their computer.

Buckaroo Bonzai, despite the movie becoming more noticeably dated by the period touches and primitive special effects, holds up pretty well thirty years later. Its portrayal of eighties fashions and primitive special effects add a bit of nostalgia and charm while it remains amusing, and fun to watch due to its sometimes successful attempts at humor, and the zany comic book style world it depicts. Fortunately, the music played by the fictional band is not dwelled on overly long, because it is not particularly exciting or enjoyable. It is somewhat generic in its style and does not reflect the music of the era that gave birth to the film. The end credits announce an unproduced sequel Buckaroo Banzai Against the World Crime League.