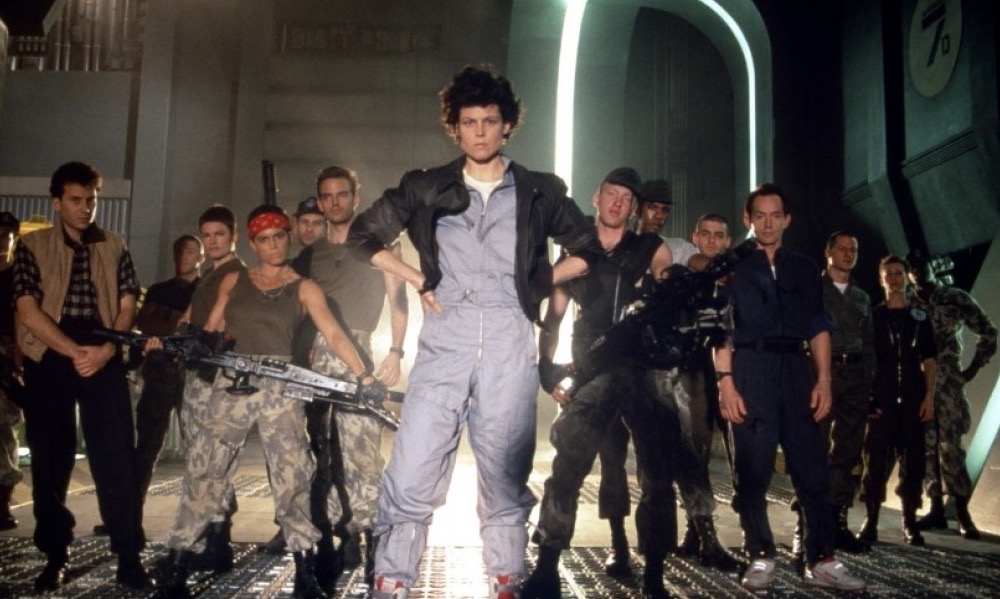 Think what you may about Cameron, but by creating this film, and his other remarkably great genre classic T2, he established himself as a masterful crown prince of science fiction movies in the 20th century.

Writer/director/producer James Cameron is probably one of the most polarizing writers/directors in the business. His box office success speaks for itself, but despite this, there is a faction of genre fans that are not favorably impressed by some of his films. Avatar (2009), for example, is both beloved and ridiculed by fans all over the world. (I fall into the former category). Be that as it may, there is no denying he is one of the most talented, and influential creators of modern science fiction movies in the world today.

Aliens is great for many reasons. It is the sequel to and managed to surpass 1979’s Alien in many ways. Aliens is an excellent example of his (Cameron) ability to tell a great, and compelling story, combined with having an eye for how to depict it well onscreen. It’s hard to know where to begin in talking about what makes this film so great. From the epic outer space adventure/horror story its based on, to the ensemble cast of colonial marines, Burke, Bishop and Newt, led by the queen of science fiction herself – Sigourney Weaver, in one of her most iconic roles as the willful, woman-of-action, uncompromising, no-nonsense Ellen Ripley. The saga of what happens in the colony on LV-426 remains a movie that is legendary in its portrayal of that distant world.

The film’s frantic almost-non-stop action sequences, suspense, and surprises set a new standard for all science fiction films that followed, while the Xenomorph concept was taken in a huge step forward towards becoming new iconic mythology in its own right. Production quality was top-notch, with special effects that were of the highest quality at the time, which succeeded in immersing the viewer into the occurrences of that distant world it depicts.

The plethora of concepts and tropes introduced in the movie are numerous enough to populate several films, ideas like androids with AI in the person of Bishop (Lance Henriksen), and other future technology such as the terraforming colony of the doomed settlers. The war movie tropes of the over-the-top gung-ho colonial marines, their formidable weaponry, and their new leader. Also the greedy sociopathic corporate schmuck Carter Burke (Paul Reiser), and the heart of the film in the form of Ripley’s relationship with Newt (Carrie Henn), all added up to a remarkably great movie that never seemed overcrowded or cluttered with too many ideas. Cameron expertly builds suspense, tension, and excitement as more of the story and the events it portrays continue until it reaches its dramatic climax.

Everyone is excellent in their roles without stepping on each other in this film resulting in memorable performances that stand out even decades after its release. The colonial marines (Micael Biehn, Bill Paxton William Hope, Jenette Goldstein, Al Mathews) are a fascinating group of social misfits, that flesh the story out.

Weaver’s portrayal of Ripley is a tour de force. Once she determines to go back and rescue Newt, she is depicted loading up a massive amount of armaments that transforms her into a one-woman army, a force of nature, and undeniable elemental fury. She becomes the primal archetypical mother figure it is impossible to resist, and a symbol of the strength of women everywhere. A truly marvelous role that Weaver handles without flaw or ever overstating it in her performance. The bitch fight that results with the alien queen is epically fun and the stuff of legends.

The eponymous Xenomorphs, of course, are equally captivating in the role they play in this story. These creatures are probably the most relentless, formidable, satisfyingly creepy, and just plain scary antagonists ever created on film. Numerous films have tried since to equal this movie, and all have failed. Aliens is the undefeated champ and stands alone as a standard of excellence that will remain so for a long, long time.