LATEST
Home Movies Features Lost in Space (1965 – 2018): The Creation That Keeps on Giving 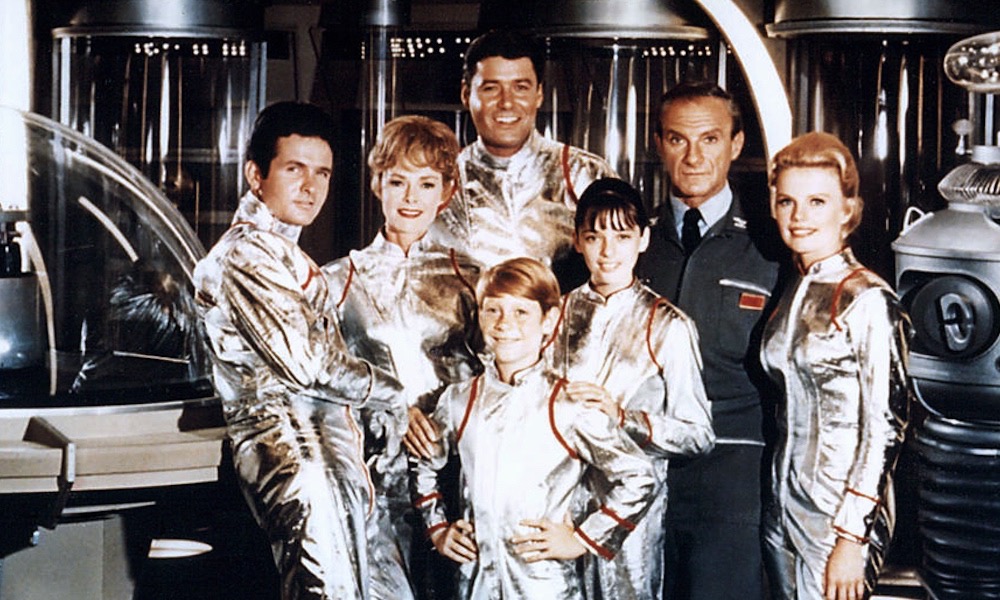 The Irwin Allen creation has never lost its appeal in over fifty years, and 2018 marks its return in a new version of the classic series.

It’s not a secret what makes Lost in Space so appealing, it’s easy to relate to, and it’s a story as old as civilization itself. It’s a retelling of “Homer’s Odyssey” (8th century BC) and a thousand other stories about a heroic journey through strange lands in a search for home. It may be the home we know or a new home we have yet to discover.

Not unlike the story it tells Lost in Space has been on a long journey of its own as an idea in several different forms. The journey began as an American science fiction television series created and produced by Irwin Allen (1965 – 1968). The series follows the adventures of a pioneering family of space colonists who struggle to survive in a strange and often hostile universe after their ship is sabotaged and thrown off course. The show ran for three seasons, with 83 episodes airing between 1965 and 1968. The first season was in black and white, with the second and third seasons filmed in color.

Although the original concept (depicted in the unaired 1965 pilot episode) centered on the Robinson family, many later story lines focused primarily on Dr. Zachary Smith, played by Jonathan Harris. Smith and the Robot were both absent from the unaired pilot, as the addition of their characters was only decided upon once the series made it to production.

Originally written as an utterly evil (if careless) saboteur, Smith gradually became the troublesome, self-centered, incompetent character who provided the comic relief for the show and caused much of the conflict and misadventures. In the unaired pilot, what initially caused the group to become lost in space was a chance encounter with a meteor storm. Later, in the first aired episode, it was Smith’s unplanned presence on the ship that sent it off course into the meteor field, and his sabotage which caused the Robot to accelerate the ship into hyperdrive. Smith is thus the key to the story.

The show started out as a straight arrow adventure series, designed to appeal to the much less sophisticated viewers of the time, but at the beginning of the second season, it became a very camp and very tongue in cheek type production. There was an attempt to return the show to its roots of being a more straightforward adventure series in its third season. The series gained acceptance and popularity at the time. It is now, of course, considered an early science fiction classic that still has a cult following even after all this time.

The Lost in Space brand next appeared as a 1998 American science fiction adventure film directed by Stephen Hopkins and starring William Hurt, Matt LeBlanc, and Gary Oldman. The film was shot in London and Shepperton and produced by New Line Cinema. The idea this time around was to update the same premise and give it a somewhat darker and more grounded approach.

The movie had some nice visual touches like the updated Jupiter 2, some alien spider-like robots the adventurers encountered and, of course, the resident robot B9. A lot of the updates made use of the budding CGI of the time.

The movie starts out looking very promising, until the unfortunate and misguided decision to have the ship crash land on a nearby planet. The film’s narrative takes an abrupt nosedive at this point, going way off course just like the ship itself, with a just plain dopey story involving time travel and some other nonsense that just didn’t work.

Next year the idea is being revisited again in the form of a ten-episode television series on Netflix, slated for a 2018 premiere. The premise of the remake will be the same as the original. Lost in Space follows the Robinsons as the family is forced to work together when they find themselves stranded light-years away from their original destination. Being essentially “lost in space,” they have to fight both their new alien surroundings and their own personal demons. The original series was set 30 years in the future (with the action taking place in 1997) and revolved around an attempt by the U.S. to colonize deep space by sending one single family on a five-and-a-half-year journey to another planet, until enemy agent Dr. Zachary Smith sabotages the mission, sending the ship off course.

It has been reported that the cast is in place for the upcoming series with Ignacio Serricchio (Witches of East End, The Wedding Ringer) appearing as Major Don West. Also onboard is Toby Stephens (Black Sails), who plays astrophysicist and family patriarch John Robinson. Molly Parker (Deadwood) as his wife and brilliant aerospace engineer Maureen Robinson. Taylor Russell (Falling Skies) as Judy Robinson, Mina Sundwall (Maggie’s Plan) as Penny Robinson, Max Jenkins (Sense8) as Will Robinson and Parker Posey (Superman Returns) as a gender-swapped Dr. Smith.

With its home on Netflix I think it’s probably safe to assume a more adult, gritty and grounded approach to the premise will emerge as the new motif following the trends of 21st-century remakes of 20th-century material, but who knows? Maybe Netflix will surprise us. I look forward to seeing how the classic story is treated the next time out. We can only hope it ends up being the great science fiction adventure this story deserves.