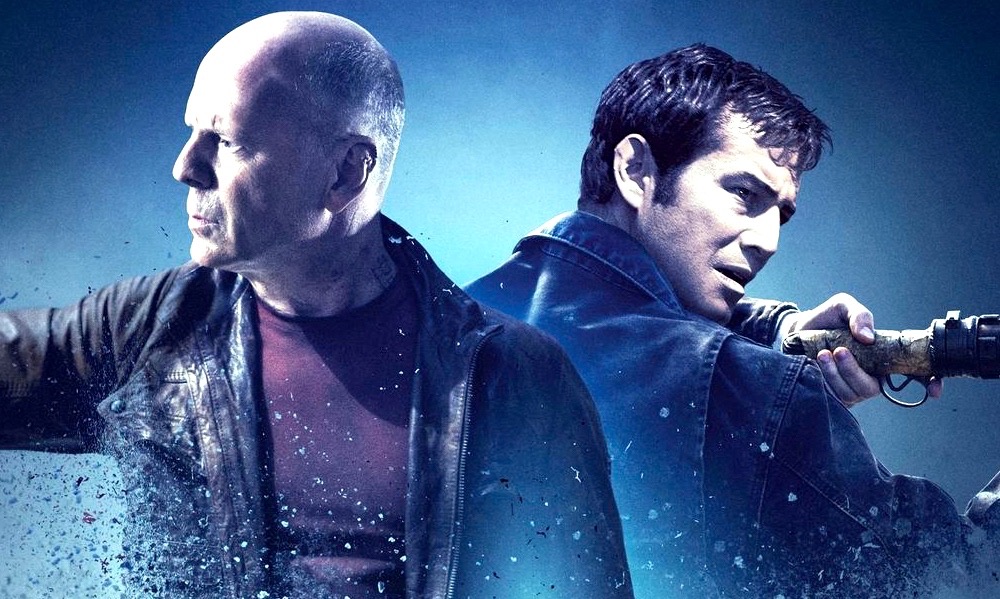 Looper surprised me in some ways. What starts as an apparent tribute to film noir, complete with the narration of brutal hitman young Joe (Joseph Gordon-Levitt), soon develops into an engaging science fiction story involving time travel. It all takes place against a backdrop of a dark, shadowy, and cheerless environment that represents the future Kansas City of 2044. The story soon takes a sudden turn and changes subjects without warning. It becomes the story of a  young boy who may become a major force of evil in the world’s future.

This story about the boy demonstrates abilities that mark him as a mutant with powerful telekinetic powers. His mother, desperate to provide and care for him, becomes the focus of this film soon after it starts. It’s the old switcheroo that this time around is not a problem.

Before re-watching Looper the other night, I was thinking about some of the drawbacks of time travel stories that annoy me. It makes a big difference in how the ability to travel through time gets applied. One expects the usual paradoxes and anomalies to appear. When the protagonist gets painted into an inescapable corner of the plot, he is suddenly rescued by something previously withheld needed to save his ass from doom. This device usually takes the form of something the reader is not privy to until conveniently revealed. These sorts of last-minute rescues have the feel of a stage magician’s tricks; flashy but obviously contrived gimmickry to amaze, although everyone knows it’s not magic. It’s just too tempting for the writer to get cute with irony and paradoxes to resist.

In other words, time travel stories are often predictable because of worn-out tropes and cliches, plot devices we have all seen before elsewhere that hinge on a simple detail that entirely changes the outcome. For example, The central figure DID remembers wearing a bulletproof vest before going after the bad guys. He did remember to leave his keys or some other important item in the secret hiding place we all know is crucial to the plot. That is not the case here; this movie is better than that.

Looper has an interesting plot wrinkle that posits two versions of the same character against each other and effectively builds suspense around this premise about which version will triumph and not in their conflicted and converging paths. The odd mix of time travel and telekinesis used in the narrative adds up to a delightful cocktail of a story.

Looper manages to avoid most of that somehow while also overcoming another major movie hurdle that can spell disaster for many films – child actors. The kid, in this case, is aptly portrayed by Pierce Gagnon as Cid, a child with a talent for telekinesis that proves formidable.

The performance by Gagnon is convincing, menacing, and suitably creepy in this case, either due to some good direction from  Rian Johnson. or just plain old having enough acting savvy, at an early age, to pull it off well on his own, probably a combination of both. The kid is good and never becomes a distraction by overacting or being too cute to be a part of this somewhat grim tale. Emily Blunt, as his mom, is everything she needs to be for the role;  brave, strong, determined, feisty, and sexy when the situation calls for her to be. Blunt is one of my favorite actresses these days.

The rest of the film’s cast is equally enjoyable. As the soft-spoken sociopathic crime boss Abe, Jeff Daniels is convincing and menacingly scary enough to fill the bill. At the same time, the supporting cast of lowlifes and ‘gat’ men are satisfyingly sleazy.

Bruce Willis is Bruce Willis in this, playing the fun-to-watch action hero we have all become accustomed to seeing in films like this. Kicking ass and not stopping to take names, his role provides him with all the opportunities to pull off his favorite array of the facial expressions and acting riffs he does so well and has been doing for so many years.

The film’s creators decided to alter the boyish good looks of Joseph Gordon-Levitt with some prosthetics intended to make him more closely resemble what a younger version of Willis’ features. I’m not sure they were successful in that, but it was well done and subtly managed to erase his boyish good looks enough so that it almost went unnoticed by me at the beginning of the film. It gives Gordon-Levitt’s face a more brutal and thug-like appearance, nearly removing any sense of a kinder, gentler man beneath the somewhat grim veneer, which works well considering young Joe is not only a killer but a drug addict as well.

The film’s plot comes down to a single moment in time that quietly underscores a message about choices and making a decision that puts someone else above ourselves. It is a bit corny, maybe, but enjoyable, and the film never fails to entertain.