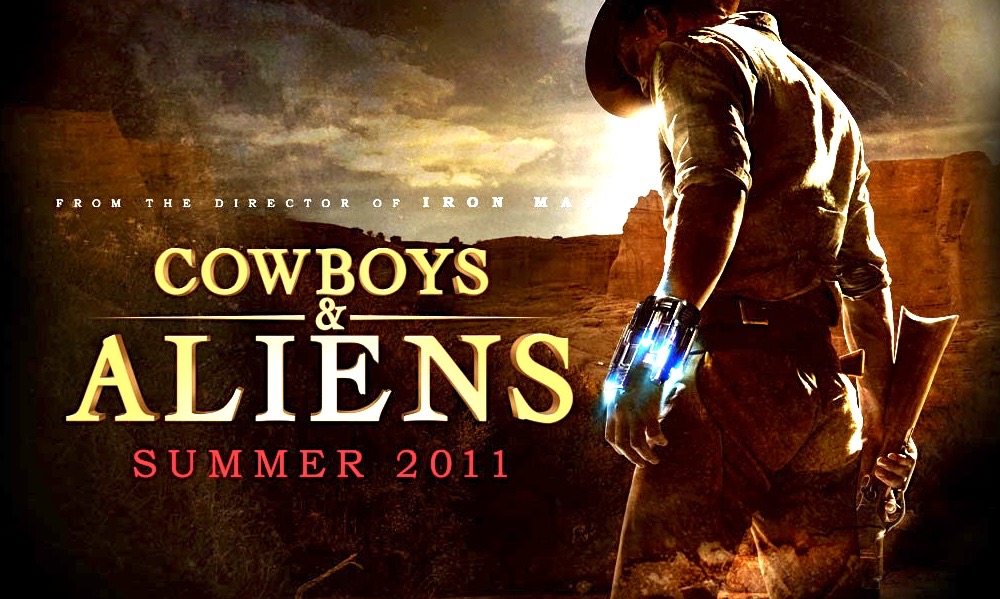 As soon as I heard the title of this production, my imagination raced with the possibilities and potential of how great a film with that name could be.

The reality, however, turned out to be a movie that was less thrilling to a lot of critics than the title might imply. When I revisited it recently, I saw a film whose ‘B’  movie narrative was composed of a lot of western tropes juxtapositioned with a lot of science fiction tropes. In fact, it was wall-to-wall tropes everywhere I looked. Cowboys & Aliens is not the first time I have seen a film that seemed as if it was patched together entirely out of well-used tropes or cliches, and that doesn’t necessarily doom it to be a terrible film. After all, what are cliches? They are classic caricatures or situations that are well-worn for a reason; they are well-used because they work, and it’s up to the writers, actors, and or director to make them feel fresh, and not used up and stale.

I contend that Cowboys & Aliens succeed in doing this. I found the film, for the most part, to be a pleasant ride that coasts along at a good pace on, what is admittedly, sometimes a bumpy ride. I’m not saying its perfect, but few genre films are. What I am saying is, for the most part, this is an enjoyable, entertaining film.

Cowboys & Aliens is a 2011 American science fiction/western film directed by Jon Favreau and starring Daniel Craig, Harrison Ford, Clancy Brown, Olivia Wilde, Keith Carradine and more. Based on the 2006 graphic novel of the same name created by Scott Mitchell Rosenberg. The plot revolves around an amnesiac outlaw (Craig), a wealthy cattleman (Ford), and a mysterious traveler (Wilde) who must ally to save a group of townspeople abducted by aliens.

The film mostly succeeds in pulling off its goal of being an entertaining, action-packed adventure/mystery with some unique, memorable moments such as Craig’s ‘showdown’ with the alien airship. In fact, Craig as the super macho amnesiac Jake Lonergan is instrumental in making this film as enjoyable as it is, as well as Harrison Ford’s turn as the wealthy landowner that has been a staple of westerns pretty much since they began. There’s nothing extraordinary about Ford’s portrayal, but it doesn’t stink out loud.

Olivia Wilde for her part fills the role of the mysterious, sexy, strong, and brave female/damsel in distress, who also has a secret that turns out to be the movie’s big plot twist.

The film also boasts other western tropes, (in for a penny, in for a pound seems to be the thinking here) and also includes the requisite pissed off Apache Native Americans, and even a Mexican bandit or two after all, what’s a western without them?

Beyond that, all the parts are in place, and production quality is excellent across the board. The aliens are suitably creepy and formidable, and their technology is suitably futuristic and alien with interesting takes on the ships they fly and the damage they can inflict when they choose to use it. The special effects are above standard for this sort of film.

Cowboys & Aliens does an excellent job at bringing it source material to the screen, and even though it becomes apparent at times its based on an average comic book that could have been better, it’s still an enjoyable film. Maybe its time to watch it again.