Ant-Man (2015): This Small Addition To The MCU Is Still One Of Their Best 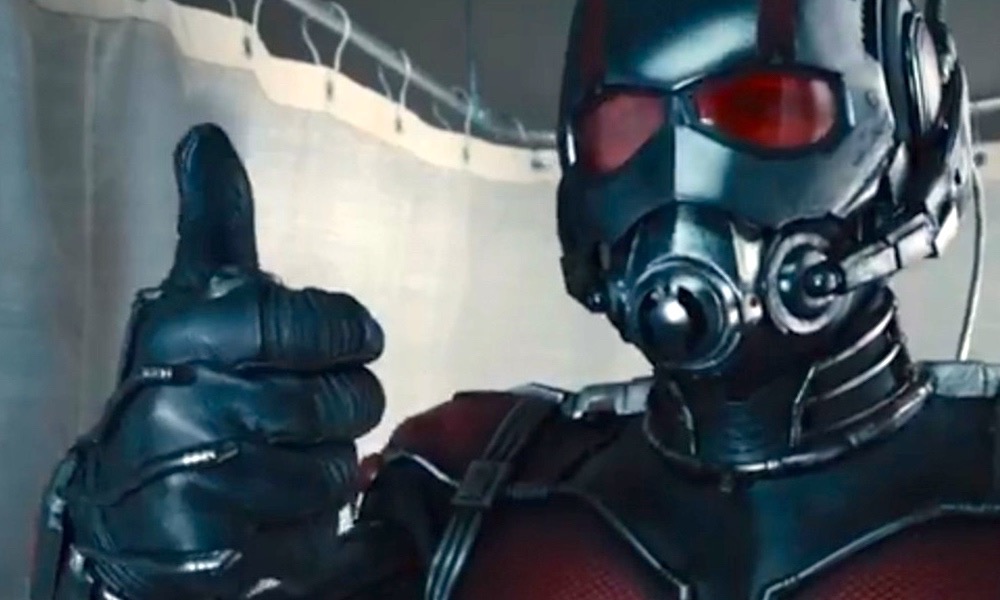 Although it didn’t make my top five genre movies of 2015, (the competition was fierce that year) Ant-Man remains one of my favorites out of a plethora of recent comic book films.

When thinking about comics based movies these days, it becomes apparent there’s a clearly defined schism between the films (and the stories they tell) in the DC hierarchy of heroes and villains and those films portraying the Marvel Universe’s counterparts. A schism that can be summed up regarding which are fun and which aren’t. While the DCU seems to be taking itself very seriously, the MCU left room to laugh and integrated it as being okay to find the humor inherent in the absurdity of the material it depicts.  A choice that was an insightful and important one, after all, what is the human condition if not laughable?

In case you’ve been living under a rock or some other location that excludes most of what’s going on in the world. Ant-Man is a 2015 American superhero film based on the Marvel Comics characters of the same name: Scott Lang and Hank Pym. Produced by Marvel Studios and distributed by Walt Disney Studios Motion Pictures, it is the twelfth film of the Marvel Cinematic Universe (MCU). The film was directed by Peyton Reed, with a screenplay by Edgar Wright & Joe Cornish and Adam McKay & Paul Rudd, and stars Rudd, Evangeline Lilly, Corey Stoll, Bobby Cannavale, Michael Peña, Tip “T.I.” Harris, Anthony Mackie, Wood Harris, Judy Greer, David Dastmalchian, and Michael Douglas. In Ant-Man, Lang must help defend Pym’s Ant-Man shrinking technology and plot a heist with worldwide ramifications.

This film is marvelously enjoyable and a remarkable blend of humor, high adventure and science fiction with room left over to tell a touching tale about a father who only wants to be the hero for his young daughter and maybe prove a few things to himself.

The film hangs on a plot that is a reworking reminiscent of the great heist movies of the ’60s and ’70s with a lot of more amusing moments added which serves to give the film more humanity and makes it just plain fun. It involves the fantastic notion of shrinking to the size of an ant, being able to communicate with the ubiquitous insects and harnessing their minuscule industriousness to achieve great things, a sort of David vs. Goliath metaphor that fits in well with the zeitgeist of today’s corporate reality.

One of the things that make this film so enjoyable for me was its cast. I am a long time fan of Paul Rudd and have always mostly found his movies enjoyable. He is suitable for the role of the down-on-his-luck-loser who has the good fortune to stumble on a second chance to turn his world around, achieve redemption, and become a part of his daughter’s life in the process. The crew he works with were also a big part of what made it enjoyable for me. Michael Peña as Luis, Tip “T.I.” Harris as Dave, and David Dastmalchian as Kurt were all thoroughly enjoyable and amusing in their roles as a surrogate modern-day Three Stooges.

Admittedly I was perplexed as to how the veteran actor and former leading man Michael Douglas would fit into the mix who I first heard about casting for the film. It soon became apparent when watching the movie he still has his chops, and he did a marvelous job as the reclusive and bitter Hank Pym. He and Evangeline Lilly had great chemistry with each other and Rudd as well.

What would a comic based movie be without a villain? Corey Stoll as Darren Cross/Yellowjacket was suitably menacing and evil as another edition of what has become a modern movie trope of the sociopathic, power-crazed, and ruthless corporate shithead who wants to spoil the fun and steal Pym’s ideas to sell them to the highest bidder. He made an excellent bad guy for the film.

A sequel, Ant-Man, and The Wasp will arrive in theaters next year, 2018. Production of the film has already commenced

All in all, I give this movie very high marks for a great story, a great cast and is plain fun to watch over and over again. I think I have seen it four times already, but I am a touch OCD. Happy viewing.

One thought on “Ant-Man (2015): This Small Addition To The MCU Is Still One Of Their Best”