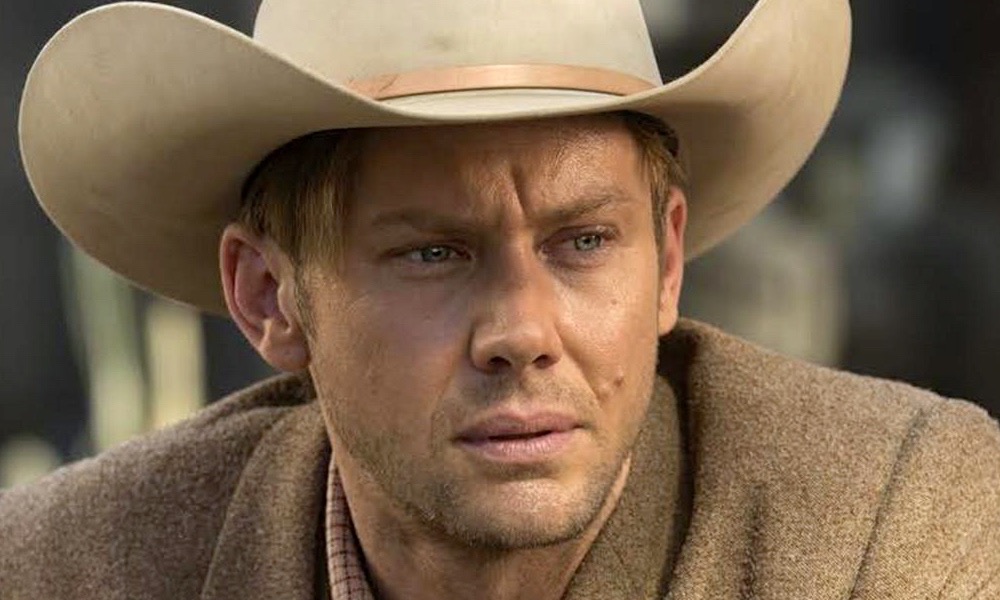 This week’s episode of the surreal science fiction series was an eventful one, with a few revelations regarding the myriad of mysteries in its narrative.

Since this series began it has established itself as being a thinking person’s brand of science fiction, its a challenging blend of mystery, western motif, and sudden violence  deeply ingrained with elements of surrealistic uncertainty as to what is real and what isn’t. Its not of everyone’s taste, and its not meant  to be but it is quite good stuff.

This weeks episode was no exception to the rule, or rather lack of rules, that seem to guide its narrative. The story continues to center mostly around Delores Abernathy (Evan Rachel Wood) and the odyssey she has embarked upon towards a conclusion that remains, strictly speaking, unclear, but seems to be about her becoming the world’s first truly autonomous artificial intelligence. Delores plays a dual role in this odyssey as both seeker and guide, which can, at times, be a little confusing.

This episode had a few surprises and a lot happened to the main characters in its compass. There were even a few revelations regarding the many mysteries in this story, that barely put a dent  in the myriad of mysteries the show has presented as part of its narrative

The mysteries, for me, have provided a lot of the show’ appeal, and chief among them is the slowly emerging question of Arnold, Ford’s partner that died nearly 35 years earlier. What exactly happened to Arnold and what caused the split between the co-creators of the park? What is the Maze and how does it relate to the rest of the story? Is it real and relevant, or a red herring of a McGuffin? Time will tell. I suppose since its the goal of Delores’ journey, and also that of the Man in Black. There’s much, much more I could go into, for example what exactly is going with Ford (Anthony Hopkins) and his somewhat cryptic relationship with the park? But I feel like I need to draw the line somewhere.

The episode begins with Delores in graveyard surrounded by markers tombstones and crudely fashioned crosses, she, along with William (Jimmi Simpson), Logan (Ben Barnes), and the Ne’re-do-well adopted by Logan, Slim Miller (James Landry Hébert) have arrived in the lawless town of Pariah far from the safer parts of the park like Sweetwater. The town is  bustle of activity, some of it scandalous like people having sex in public.It seems to be the sort of place that attracts the dregs of humanity.

We are transported elsewhere to location where the MIB and Lawrence (Clifton Collins Jr),. are continuing their journey, It turns out they rescued Teddy where they found him tied to a tree, and brought him along. He is near death, Athis point they are approached by the same mysterious  boy encountered by Ford when he was on a walk who asks them  they are lost. The MIB asks about water, and asks the boy to go get them some.

While the boy is gone the MIB suddenly kills Lawrence, slitting his throat without explanation and using the rope Lawrence has had around his neck since they met, he uses it to hang him from a tree by his feet. I think I figured out the boy is a host that appears when guests wander off and may require help, and nothing more that  a safety feature of the park.

Back in Pariah the group is introduced to a local crime boss named Alonzo who is the exact duplicate of Lawrence , and   acts as reminder that these androids are not human and may have more than one version of the same model. I think this was meant to be an ooh! moment, but ti wasn’t.Any way after introductions  Alonzo want to hire the group to rob a wagon crying nitro for some confederate soldiers and they  take the job. Logan is  especially happy, this is the sort of action he has been waiting for and it helps define him as the unimaginative douche that he is.

They pull off the job, but ti goes sideways because of Logan and Slim gets killed, They return to town and a celebration is called for, the nature of which is announced by the appearance of three naked women painted gold, this is followed by a parade celebrating the Dia De Los Muertos and suddenly Delores eyes her self  passing by in the procession and she gets disoriented and faints.

Everyone seems to be having a great time except William and Delores who seem less than thrilled, Delores wanders off while William and Logan are arguing and as he passes lot of nooks where there’s various sex acts going on, until she wanders into a room where there’s woman reading tarot cards. Delores draws a card and is a picture of the maze, she asked what it means and suddenly the woman is transformed into her and she starts to  hallucinate  again. The episode is another where zdelores is hearing voices and seeing things (like usual). Delores can’t seem to shake off the dreamlike quality of her existence, and most of the surreal nature of the series is directly related to her. She’s a spooky dame.

There’s a flashback of an interview being conducted by ford on Delores mostly concerning her memories of Arnold, who it turns out created her, She tells Ford Arnold told her she could maybe help him,and when he sacks help him do what, she replies to destroy this place (the park). After he leaves she speaks to the empty room and says “He knows nothing, I didn’t tell him anything”

The scene in Pariah is interrupted by several visits behind the scenes of the park including couple of lists with the technicians we met before and the asian one has been experimenting on bird tying t store it to life, and he succeeds bu ti doesn’t work right and bites his partner.

Another list is with Elsie Hughes (Shannon Woodward), who is trying to fine tune a host to function properly when she spots the body of the host that nearly killed with the rock and she examines it after coercing permission for another staff member who had ben video taped having sex with a “dead’ host. After examine the host she discovers he has hardware in him that shouldn’t be there, an uplink to a  satellite to transfer data to an unknown receiver. She reports it to Lowe (Jefferey Wright), Add another mystery to the pile.

While everyone is celebrating Alonzo is stealing the nitro, putting it into dead bodies in coffins, and replacing it with tequila. Delores spies what he’s up to, and seeks out William and urges him to leave with her kissing him and telling him she needs him to go with her on her journey. s they goto leave the Rebels have discovered the nitro has been replaced with booze and they are not happy about it.

They begin to beat Logan,  raising questions about the safety features that prevent the hosts from harming guests, because they are harming Logan pretty thoroughly. William spots whats going on and when Logan pleas for help William does nothing but continues to leave with Delores.

As they go to leave they are confronted by the rebel leader and some of his men who make it clear they intend to kill them  William gets off one shot before they rush him and disarm him. Thing look grim as he tells Delores to run. Suddenly shots ring out, Its Deelores who has succeeded in shooting all of thethreastening men. William asks  how she did it,a she say she just decided to write rewrite her own story where she is no longer a damsel in distress.

They run and catch the train that leaving town that she somehow knows is the only way out. Once on board the train they encounter Alonzo and the coffins wit the nitro-filled bodies and they come to peaceful standoff where he surrenders.

The episode ends with one final list behind the scenes where the asian technician is fooling around wit the red bird once again. he brings it back to life once more  and this time he gets it righting it begins flying around the room. Maeve (Thandie Newton) is there also, lying naked on a table in dead mode.. As he watches the bird fly around, he suddenly turns to find her awake with the bird perched on her finger. She adresses him and says its time they had a chat.

Another great episode form this cerebral series  that had nice blend of the elements that make this show interesting and engaging. the usual dose of sudden violence was less in evidence this time round replaced by heathy does of nudity and implied sex. It was an entertaining chapter in the series that may be the most sophisticated genre show on tv. Happy viewing.