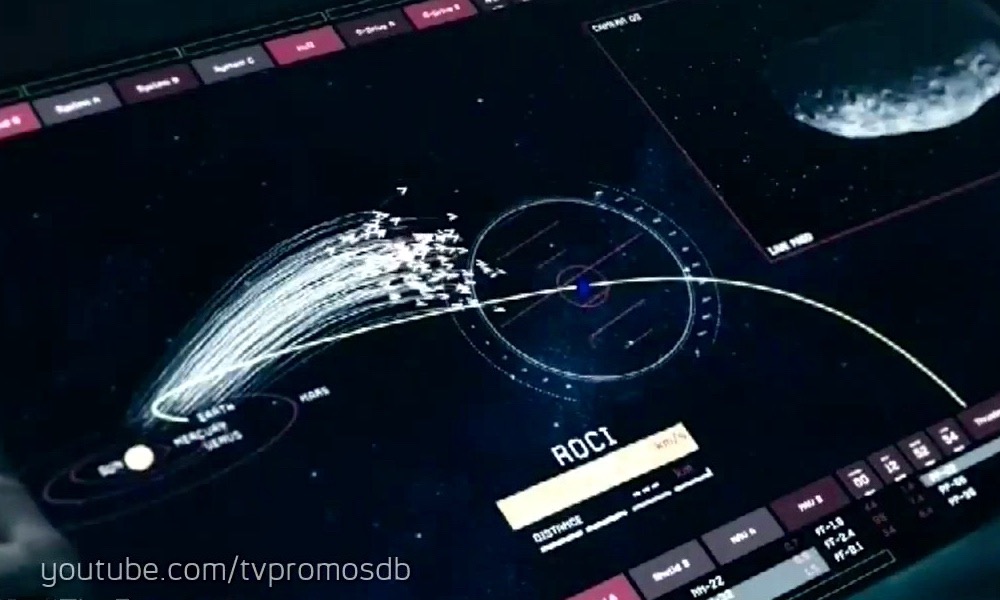 Suspense was the name of the game in the series most recent episode while the lives of millions, along with Miller, hang in the balance.

Home was a study in suspense, one of the most classroom examples I can think of in recent memory, and beyond. It built tension to the point of being almost unbearable, and not knowing if the episode would leave us hanging at its conclusion without letting us know how things turned out, which it kind of did, only made it worse.

Like the rest of the series the episode split its allotted time between various locations as it told its story. This time that meant between Earth, Tycho Station, and Eros and the Roci. The events this time around picked up immediately following the events of last week’s episode and it was almost as if things proceeded in real time as its developments were revealed. It was a terrific episode that kept me on the edge of my seat, and if I felt a little manipulated, I was okay with that because it was done so well. After all that’s what good writing does. Like a good lover, it manipulates you emotionally until its done messing with you and then leaves you wanting more. That is if its done well, and this week’s epsiode was.

Here’s a recap, laced with some comments. (*warning, spoilers follow*)

As  the episode begins we find ourselves back on Eros right after the events of last week’s show, with Miller (Thomas  Jane), sitting on the catwalk outside the station, periodically pushing the button to prevent the bomb he’s holding from going ka-boom. He, along with the crew of the Roci, are still coming  to grips with the idea the immense ship Nauvoo missed Eros entirely. (and oddly there’s hardly any mention  of the ship apparently on a one way journey into deep space or  the mobs of pissed off Mormons that must be raising hell about it)

As the news is absorbed back on Tycho and Earth that Eros has no only somehow avoided getting hit by somehow changing course on its own, in another development its also speeding up and has changed course directly for Earth. The asteroid has essentially transformed itself into a spaceship and put itself on a course that could kill millions. The Roci is in pursuit, not because it can do anything, outside of maybe figuring out a way to delay the bomb exploding and rescue Miller from certain death.

Back on earth they are freaking out at the prospect of the asteroid shrinking the planet and even with the previous mindset that was seemingly inevitably  going to lead to war the security council comes to its senses, and makes a decision to launch half of Earth’s nuclear missiles to try and take the wayward asteroid out and destroy it before it gets too close.

However Eros, or whatever is controlling it seems to have an answer for anything humanity can think of and suddenly makes itself invisible to radar and  basically becomes a gigantic stealth ship in space. The idea is proposed to have the Roci paint the target with its lasers making it visible o the missiles again, but once again Eros out maneuvers humankind by accelerating faster than the Roci can keep up with, rendering the massive missile launch worthless.

This plays out as Miller makes his way inside the station  with the plan of maybe killing whatever  is controlling the asteroid  with the bomb he has, the bomb which constantly reminds him he has to push the button or it will explode. The bomb and its buzzing reminder to push the button is an excellent tension creating device which worked well  in unison with everything else the show was doing towards that end.

Carrying, and dragging the bomb behind him Miller  is remarkably calm under the circumstances that would sure test the patience of most people. It sure annoyed the hell out of me and I was only watching it being done. Doing it I would have blown my top more than once and would be swearing my head off.  As he gets closer to the core of the place, it begins to look a little  like a scene from Avatar because as he progresses Miller is increasingly surrounded by bioluminescence and swirling clusters of floating spots of light. It give his surroundings a ghostly appearance and some of the places he passes seem familiar as places we  saw on his earlier visit to the station.

There are large strands of light fibers that blend and form nodes not unlike animated versions of the inside of  a human brain I have seen in the past and its a pretty impressive display of FX on this show that seems to do that stuff consistently well.

Miller begins to hear voices and seeing things like a version of the small bird he saw on Ceres which he begins to follow, and it eventually leads him back to the hotel where they found Julie Mao on the first trip there when hew as searching for her.

This time he finds her again, except she has been changed intoafigure of light that seems to be reeling on a lounge of root-like extensions growing out of the floor. He doesn’t seem surprised to see this proto-Julie (Florence Faivre) , he  was surmising on his way through the station that maybe it was a two-way street, that not only did the protomolecule infect Julie Mao, maybe she infected it too, and that seems to be the case.

TheProto-Julie complains about being left alone.  and expresses a strong desire to go home, meaning Earth. Miler speaks  to her in calming tones and he makes it his mission to let her know she’s not alone and whatever she goes through he will be there to go through it with her. It becomes obvious that he has been in love with her all along. Miller explains to her that she cannot return to Earth because it will kill a lot of people and he suggests that she go to Venus instead. He removes his  head gear and  they kiss . Its  a moment of pure love and they both  seem to be at peace.

There’s a brief pause that shows Eros continuing on its way and than suddenly its shown crashing into a planet with the resulting flare of an explosion and a mushroom cloud. The planet Venus.

The show’s creators were kind enough to not leave us hanging regarding Eros, but we are still  left with a load of questions, what was the fate of Miller? Is he dead or did something occur that protected him? and what about the protomolecule? have we seen the last of that mysterious stuff. or will it make a return. What about the war and the rest of the problems in the solar system?

This was a terrific episode, but it sure left me hungry for more. Until next week, I wish you happy viewing.