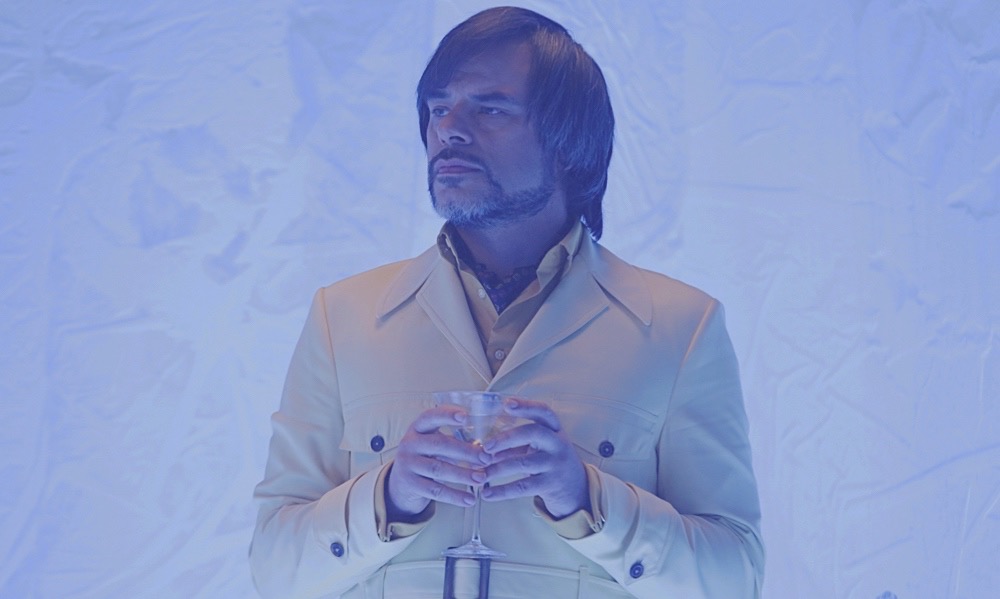 The show’s creators saw fit to eschew episode titles, but if it had one, this episode might be called ‘The Shadow King’, or ‘Oliver To The Rescue’

If you missed this week’s episode of our favorite new show, It’s an oversight you should remedy at the earliest convenience. It’s the episode the entire season has been building up to, it wrapped up every element of the narrative so far and nearly came close to going us answers to all of the mysteries surrounding the series as well.

Chapter 7 was the usual smorgasbord of imagery we have become accustomed to replete with attempts at nightmarish images highly reminiscent of those ads you see on tv prior to Halloween advertising Great America’s Haunted Houses for mainstream thrill seekers.

It also resolved a lot of story threads we have been introduced to during our casual acquaintance with the show in its rookie season. It was a reminder of just how engaging this show has been in so short a time. The relief and emotional response I felt at how things were resolved made me realize just how invested in this series I have become in seven short weeks of watching it. Amazing. A testimony to the power of storytelling done well, and this show has certainly done that – in spades.

Early on in this edition, Cary (Bill Irwin) rescues Syd (Rachel Keller) from her sleeping beauty like spell, and he goes to explain the situation to her, but she already knows and understands full well what is going on. “I’ve been paying attention,” she says, and I had to smile because that’s really all that’s been required to enjoy the show’s narrative. Syd has no questions about what’s real and what isn’t, and if you have been confused then you haven’t been paying attention like Syd, or me.

The reason I would title this episode ‘Oliver To The Rescue’ is that he was pretty much responsible for saving the day and rescuing everyone from their special little hell. Oliver (Jemaine Clement), by watching what has been going on from outside the situation has realized that the Demon has a weakness, it has most of its focus on David, making it possible to do things without drawing its attention. He begins with Cary (Bill Irwin) and together the two old friends begin the process of unraveling everything the monster has put in place to keep everyone preoccupied with their own personal nightmare.

I find Oliver very amusing as a character in his 70’s attire and hair style and his oblivious outlook on life. the conversation between him and Cary is most amusing.

Cary, looking gruesomely beaten, battered, and bruised makes a contribution in the form of making forays outside Oliver’s ice cube shelter wearing the diving suit Oliver refers to as Jules Verne, to help set things in motion, and also with a piece of technology he has devised to help David block out the Demon’s influence once it’s placed on his head in real life. Cary supplies Syd with some tools to help her rescue the others, glasses that allow you to see what’s real and what isn’t  (we could all use a pair of those)

Melanie (Jean Smart) has been rescued too, and she is remarkably patient when Oliver doesn’t seem to remember her, she helps rescue Rudy (Brad Mann) and bring him back from near death. Syd helps Kerry, by giving her a pair of Cary’s special glasses. She is finally temporarily freed of the unwanted advances of the Eye who is still hounding her. Ptonomy (Jeremie Harris) remains neutralized in a trance while all this is going on.

As far as David goes, he finally comes to his own rescue by interacting with the part of the mind that manifests as a copy of him he begins to have a conversation with. It calls itself the rational David, and amusingly speaks with a slight British accent. Rational David helps him reason his way out of the glass-topped coffin he’s trapped in by focusing on the facts. We learn a lot about his past in more specific detail by way of a simple line drawing animation that works well as an entertaining visual aid.

This brings us to the other title I might I might have used and the really big deal of the episode, we learn the identity of the Demon/Lenny.Angry Boy, It’s all revealed when Cary recalls what he knows about him from prior knowledge of his existence, combined with what David can figure out about his past. he is known as the Shadow King.

It begins when Cary is rescued by Oliver in the Astral Plane, and during the course of their conversation, Oliver revealed that the “monster” is Amahl Farouk, which he learned from reading David’s mind when he was trapped in the Astral Plane. Cary responds by saying he should have picked up on this because Farouk disguised himself in David’s memories as his childhood dog King, which never existed. The name “King” refers to Farouk’s other name, the Shadow King.

So who is the Shadow King and what’s his/her deal? This is actually the first major piece of comics lore that Legion has embraced, as the Shadow King’s comics story is very similar to the one David lays out. The character is a telepathic mutant named Amahl Farouk who made his Marvel Comics debut in 1979’s Uncanny X-Men. His comics backstory involves some psychic hijacking in the 1930s as he worked for two of Adolf Hitler’s special agents, but his Legion relevancy comes into play in his biography from the 1970s.

In the comics chronology of 1971, Farouk became a crime lord in Egypt, crossing paths with Charles Xavier who, in the comics and very likely in the show, is David’s father. Farouk unsuccessfully tries to persuade Xavier to join him in his criminal activities, and the two eventually engage in battle on the Astral Plane where Xavier defeats Farouk with a fatal psionic attack—just as David posits in the show.

Lenny (Aubrey Plaza) looks extremely scary, evil and menacing at this point. It’s remarkable just how unattractive they can make an attractive woman look in this series. It’s amazing that an actress would be interested in having herself portrayed in such an unflattering light as Plaza has done in this show, and since it looks like Lenny won’t be with us anymore it’s sad to think she won’t be appearing on the show anymore after doing such an amazing job on it.

So several things come together that result in the gang and David being liberated from their mental prisons. Just as he is about to have his way with Kerry, Lenny decides he has become bored with the Eye and kills him in a most gruesome manner, it seemed as if he was folded in on himself  on what appeared to a be an excruciatingly painful manner. This was accompanied by shots of him with lots of blood pouring down his face. As the band is placed on David’s head, his sister Amy (Katie Aselton) and the others that are still in a trance suddenly awake.

While all this is going on Cary and Melanie are attempting to move David and Syd from the path of oncoming bullets that were being fired at them by a member of Division 3 when reality was frozen when this all began. When they are unsuccessful at moving the pair, Oliver offers to try to help and he begins to try something that involves hand movements on his part in the air accompanied by a nice modernized version of Ravel’s Bolero. It like he ‘s composing the piece in the air in front of him and around the bullets, until Lenny gestures and he falls unconscious.

Lenny also decides she’s going to kill Syd and Kerry when she is interrupted by David emerging from his prison and arriving back in reality. As Lenny is about to kill Syd and Kerry  Rudy suddenly jumps her from behind and hold her pinned in his arms helpless This I accompanied by Cary placing his piece of tech on David’s head at the same moment, which seems to be the missing piece of the puzzle, because the monster is suddenly gone and trapped in the same prison that held David.

The problem of the oncoming bullets is suddenly neutralized by David turning Syd out of harm’s way and apparently taking the bullets in his back, but contrary to appearances he pulls what looks like a magic trick worthy of Houdini, and open his hand revealing that it holds all the bullets.

So it looks like everything is going to be okay with the demon parasite locked away in some sort of prison and unable to do any more harm. It not clear just how permanent or escape proof the situation is, because David does catch a glimpse of the angry boy as they are about to leave, and Cary warns him to keep the electronic band on his head.

Just as it looks like everything is going to be okay, as they arrive back at Summerhill they find themselves surrounded by Division 3 forces, led by the interrogator (Hamish Linklater) who addresses David and tell his men it okay to kill everyone else. Next week episode is the season finale.