Genre TV: Legend of The Seeker – Leather, Ladies, And Lots Of Magical Fun 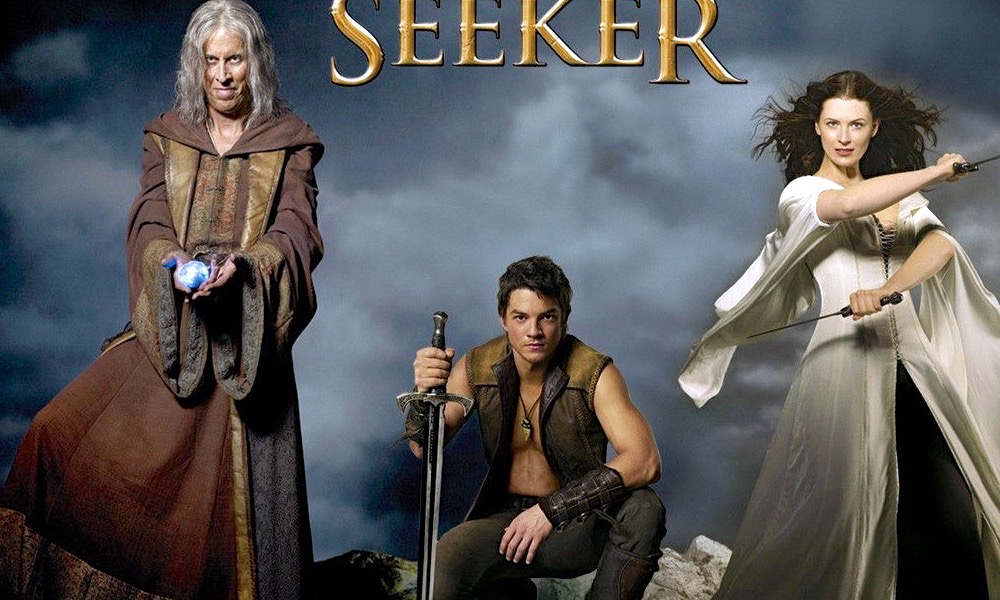 Legend of the Seeker was a pleasant surprise; what at first appeared to be another forgettable sword and sorcery series turned out to be much better than I ever expected; this is a solid, action-packed adventure series.

Legend of the Seeker is a television series based on novels in a series of books titled “The Sword of Truth” by Terry Goodkind. Distributed in the U.S. by Disney-ABC Domestic Television, ABC Studios produced the series for the first-run syndication with Sam Raimi, Robert Tapert, Joshua Donen, Ned Nalle, and Kenneth Biller serving as executive producers. The show premiered on November 1, 2008, and ran for two seasons before its cancellation in 2010.

The series follows the journeys of a long-foretold “Seeker of Truth” named Richard Cypher (Craig Horner), a Confessor named Kahlan Amnell (Bridget Regan), a wizard named Zeddicus Zu’l Zorander (Bruce Spence), and a Mord-Sith named Cara Mason (Tabrett Bethell) as they defend the people of their realm against tyranny and destruction. The story depicted in the television series was changed from that as portrayed in the written series to fit the different format.

It was the name of Sam Raimi associated with the series that first encouraged me to give it a chance, because this sort of series is not usually the sort of show that attracts my attention, and if I remember correctly, there was not much going on in genre TV at the time, so there was little to choose from. The series turned out to be a pleasant surprise however because it didn’t waste a lot of time in getting down to the business of telling its story, along with the appeal of its cast.

The melodrama the series depicted was not as cheesy as I expected and the show’s villain Darken Rahl (Craig Parker) for some reason was one whose over-the-top drama queen and flamboyant approach was a portrayal I enjoyed from the beginning. He was an enjoyable and fun villain I related to in some undefined manner. The occasional appearances of Bruce Spence as Zeddicus Zu’l Zorander also provided a delightful aspect to the series. It was almost as if the two were having a ham-off from week to week.

Likewise, Craig Horner as Richard Cypher, the unwilling hero of the story, won me over fairly quickly also, but it was the ladies and all that leather that kept me coming back every week to see what turn the long term catfight was going to take next. The ladies in question, the remarkably gorgeous Bridget Regan as Kahlan Amnel and the scorching hot bad girl Tabrett Bethell as Cara Mason the Mord Sith soon became the highlight of the show. ( The show’s creators were fully aware, the skin-tight leather outfits added to the show’s appeal) The two female characters were TV’s two most attractive ladies at the time, and the show made the most of putting their obvious contrasts and appealed to maximum use. The show’s creators were fully aware that highlighting the good-girl, bad-girl distinctions and difference in styles between the two characters was worth working for all it was worth, and eventually, this contrast became the subtext of the series.

The show was never meant to get taken entirely seriously; it was all very tongue in cheek without getting silly and laughable with the requisite amount of overacting by everyone involved which added to its enjoyment, because when a show of this sort takes itself too seriously what fun is that? The story takes place in the world created by author Terry Goodkind in his fantasy novel series, The Sword of Truth. The three central provinces are Westland, the Midlands, and D’Hara. Westland is separated from the Midlands by a magical boundary, which was created to prevent any magic from entering Westland. On the other side of the Midlands is D’Hara, which is ruled by Darken Rahl. Seekers get accompanied by a Wizard of The First Order and Confessors, an ancient order of women, who oversee the welfare of the people of the Midlands and the Seeker.

It was a shocking and seriously surprising development when the series depicted the hero defeating the villain at the end of season one abruptly bringing the story to close, or so I thought. Still, it was a refreshing change for a series to get down to the real business at hand instead of milking the narrative for season after season. Unheard of in TV land up until then. It was a good season of television that had a satisfying payoff at the end. The second season never quite grabbed me like the first, but I kept watching the show in its second season anyway but eventually began to lose interest. Still though, overall an enjoyable series.