Gotham Review: How The Riddler Got His Name 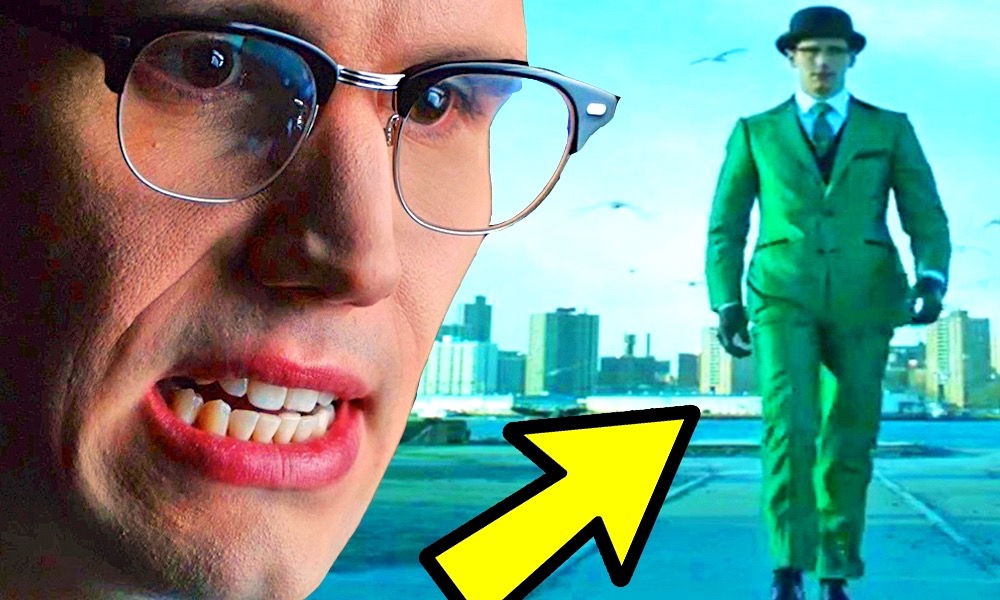 The moment finally arrives, and for a number of reasons, is a little underwhelming in an otherwise great episode.

Its been awhile since a new episode of one of my favorite genre shows has aired a new episode, since the end of January to be exact, and I was excited to visit the dark city again. Imagine my surprise when I came away a little disappointed after seeing it. Okay, admittedly Gotham is not perfect, like any other show it has its flaws, but sometimes it’s brilliant and a whole lot of fun.

As indicated by the episode’s title the main focus this time around was Ed Nygma and his transformation into the iconic villain Riddler, and as promised he finally emerged in his new alter-ego, but that’s the thing, he pretty much already did that months ago, and making it official, with what I am sure was intended as a flourish, ended up being somewhat underwhelming.

The rest of the episode was quite good with some nice developments that portend the future of the series and a bit of the requisite action and mystery of course, along with a big surprise at the end. It was a great episode except the big deal announced by the title failed to live up to its promise.

The episode begins with Nygma (Cory Michael Smith) visiting a scientist in his modern designer looking lab, who he is tormenting with his usual not-very-clever brand of puzzling riddles which his captive fails to answer correctly. This, of course, gets Ed all upset. He methodically goes about preparing the place to explode due to the volatile gas he is releasing, as he continues to talk, while his prisoner pleads for his life. I would hope, under similar circumstances, I would have the courage to shrug my shoulders and tell Ed to STFU.

It turns out Ed has been killing a number of notable intellects around town recently, a fact that Lucious Fox (Chris Chalk) is aware of, and attempting to draw the attention of Harvey Bullock (Donal Logue) to without success. They mention Jim being away with his uncle and at that moment a messenger gaudily dressed up as a bunch of grapes arrives with a message for Gordon (Ben McKenzie). Bullock takes the message which turns out to be a clue in the classic style of the Riddler which Fox figures out, in short order.

Meanwhile, Nygma is shown taking some sort of drug that apparently gives him a pretty good rush and is helping to fuel his psychosis. he is hallucinating conversations with a drowned and soggy version of the  Penguin (Robin Lord Taylor), and even arguing with him while consciously edging his towards his transformation into something new. His visions are obviously driven by the guilt he feels after killing his former best friend and companion, and he suffering and mourning in his own way. A distinctly crazy way, ironically even after killing him Ed is still dependent on Oswald’s for advice. Penguin even appears dressed up in a top hat and tails briefly while singing a song during one of their conversations.

That was one thing about this episode I appreciated, sine his arrival in Gotham Lucius has been little more than a glorified IT guy with tidbits technical knowledge that helps the show’so the characters out when needed, but in this edition he is finally fleshed out little and emerges as the smartest guy in the room. I have to admit that in the past i have been somewhat surprised by the rest of the cast’s inability to keep up with Nygma, making him basically the smartest guy in Gotham, but he meets his match in Lucius who is at least just as smart maybe smarter. This is what Nygma wants, to meet an intellect that can match his own so they can match wits, and that’s what this episode portrays to a small degree. A game of cat and mouse ensues.

I don’t know for sure why, but this time around I wasn’t feeling the craziness dripping from Ed like I have in the past. He has been more convincing for me in other episodes. Maybe it was the lighting or the direction, or he just wasn’t feeling it that day, but Smith’s portrayal of Nygma in this episode seemed less authentic, and the moment Ed dons the green outfit complete with a bowler, what should be a downright dramatic moment, seems anticlimactic. He announces his new identity with the same results.

Meanwhile, we pay a visit to Bruce (David Mazouz), and Alfred (Sean Pertwee), who are engaged in Bruce’s training and Alfred notices his mind is not focused on what it should be. Poor Bruce is distracted thinking about Selina who has his head all messed up by her mixed signals which she delights in tormenting him with. She’s still pissed about the way things ended after her mom’s visit and attempted con job. She took exception to some comments he made. Bruce still hasn’t learned that sometimes it’s best to keep your mouth shut.

Elsewhere we see Bruce’s doppelgänger being brainwashed by  Kathryn (Leslie Handrix) at one of the Court Of Owls elegant locations and it’s apparent they have spent a lot of time preparing him to replace the real Bruce.

In response to a note he thinks she left, Bruce goes looking for her in the streets she calls home and runs into her and some trouble too. She tells him its over and to not come looking for her again, leaving him to deal with some street punks who know who he is, and have a mind to rob him. They get in a few good shots, knocking him to the ground, but he gets up and kicks some ass showing a toughness, and fighting ability not previously demonstrated, apparently his training has gotten some results. He takes out four opponents with little effort, They grow up so fast.

Walking down an alley after his encounter he is surprised by his double who manages to inject him with some sort of knockout drug and he gets sprinted away, only to wake up to find himself locked in a cell, location unknown. When he looks out the window he sees snow covered mountains in the distance. At least they provided him with a window.

Elsewhere Jim is at some rustic rural lodge with his long missing-recently returned uncle Frank (James Remar), who promises to tell him all about his father and their relationship with the Court Of Owls, and he actually delivers on that promise but puts a spin on it showing the shadowy organization in a flattering light. Jim is suspicious but it’s not clear if he suspects what’s really going on that he is recruited to do their bidding.

Back at Wayne mansion, then Bruce’s double shows up in his place, and it’s not clear if Alfred suspects that the real Bruce has been replaced. (Of course, he does, it’s Alfred)

Meanwhile, in a surprising development we see a plant-filled room and figure concealed under some blankets emerges to reveal itself as none other than Oswald who apparently survived his latest dive into the waters off Gotham again. (Of course, we all knew he wasn’t really dead) It turns out he’s been in the care of Ivy Pepper (Maggie Geha) who says she found him floating in the river. I have to wonder if this means we can expect to see a team up of the two in the future of the series. Penguin smiles after regaining his composure and memory and says just remembered he has someone to kill. Looks like its back to business as usual for the ex-mayor.