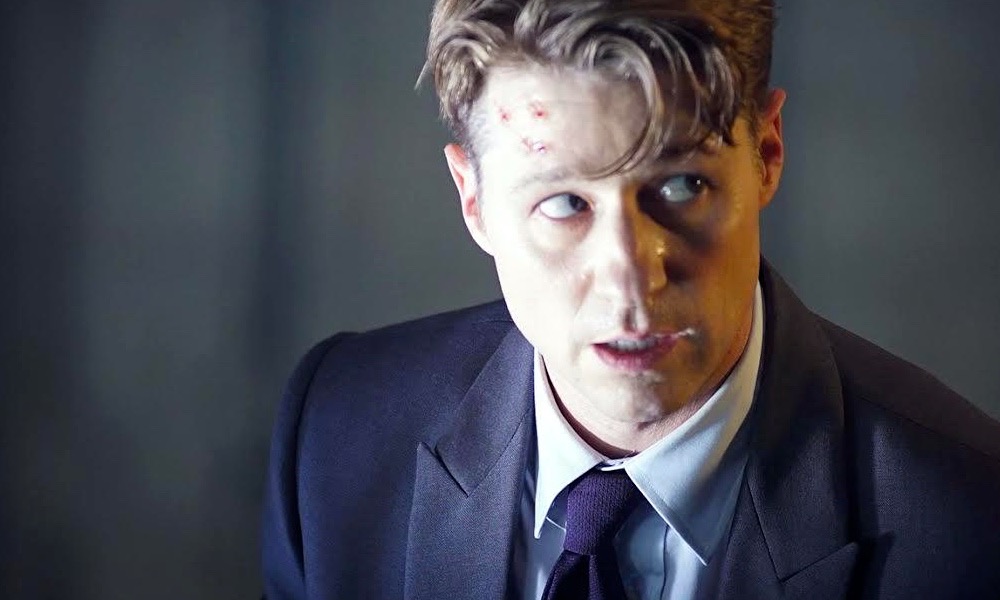 Mad City: Beware The Green Eyed Monster was one of those episodes so dense with developments and full of storylines I am convinced it will prove to be the episode that everything that follows will hinge upon, not just for the rest of the season, but for the series going forward.

It was an excellent example of just how good this show can be, juggling and incorporating almost everything that has served as parts of its narrative since the season began.

Of course that still doesn’t account for all the stuff and characters from the previous two seasons that the show seems determined to keep in cold storage for now. I can’t wait to see the day they decide to unleash it all in a full blown frenzy of the show’s theater macabre, or even if they decide to let it trickle out a little at a time it should be remarkable good fun.

Here’s a recap with some comments (*warning, spoilers follow*)

Deceit plays a big role in this week’s episode and manipulation of the truth is something that is part of business as usual in Gotham, and Jim Gordon makes such a tempting target to manipulate, he always responds with a damn the torpedoes attitude and charges in fists swinging and guns blazing.

This time around the Alice Tetch blood infected Mario (James Carpinello), vows to make Lee (Morena Baccarin), hate Jim (Ben McKenzie) by making it look like Gordon has gone off the rails, and Jim makes it so easy to do.

The episode begins with a look at the lab where they are working on a cure for the effects of poor Alice’s blood, and the lab tech that’s working on a sample of the toxic fluid. In a bar after work the tech is approached by Mario who starts out innocently enough asking a few question related to the stuff but soon goes all batshit crazy on the guy and crushes his skull with his bare hands in a frenzy of blood induced rage.

This, of course leads to Bullock (Donal Logue) and Jim at the crime scene because murder. Its interesting to me how much Bullock has evolved since the series began, he went from dirty cop to being a good cop and has been elevated to become an enduring symbol of  true and loyal friendship. He’s a nice change of pace from the usual diet of creeps, freaks and unpleasant felons in the show.

Next we are shown a meeting between Barb (Erin Richards) and Ed (Cory Michael Smith) who is finally convinced that Butch and Tabitha are innocent. He swears he will eventually find who is responsible, and Barbara in a very amusing moment fake coughs Penguin, but he is not convinced, but she persists in telling him, and why. Jealousy, They set up a test and Penguin (Robin Lord Taylor) fails to pass it, gushing his love for Ed when he is mislead into thinking Ed feels the same way.

At this point we are whisked away to a rooftop where Alfred (Sean Pertwee), Bruce (David Mazouz) and the remaining thief brother, along with Selina (Camren Bicondova) are planning the heist of the mysterious object that could bring down the Court of Owls. Time is of the essence and they decide it must done that very day.  Mazouz is finally starting look less like an awkward skinny little kid and more like a young man at this point making him seem more suitable for the part of Young Bruce Wayne.

Bruce and Selina still have the awkward boyfriend girlfriend thing going on and he seems to be getting  a grip on the situation and actually teases her about it by asking her if she is his girlfriend  several times, because he knows it annoys her.

Meanwhile the muder case has Jim bringing in Mario for a blood test after another incident at the lab where the murdered tech guy worked, and mario is always one step ahead of Jim  he has found a way to disguise the infection in his blood and keeps leaving clues that lead to him, while making it look like Jim is doing it out of jealousy.

Jim visits Tetch in Arkham and actually outwits him by getting Tetch to play in a rhyming game with him and involuntarily revealing what he knows. Jim now knows Mario is the killer and that he was right and that Lee is in danger.

Jim confronts Mario but Mario has another trick up his sleeve he has Victor Zsasz (Anthony Carrigan) handy to keep Jim hostage until its too late and the wedding is over. Jim manages to get to he church on time, and desperate, he confesses his love for Lee, who is convinced now that Jim is just plain crazy with jealousy, and the wedding goes on as planned.

Meanwhile, Ed now knows Barb was right, and he shows up at Sirens where Butch and Tabitha are planning his unpleasant demise, but Barb calms them long enough so Ed can vow his determination to not just kill Penguin but destroy everything he cares about. Ed is pissed off. It looks like an uneasy alliance between Barb Butch, Tabitha and Ed is in the works going forward targeting Penguin.

Talon is shown killing the last of the thief brothers  in his hideout, slitting his throat with the retractable blades hidden in his sleeves. Alfred, Selina, and Bruce go forward wit their planned heist of the Owls safe and while they are going about robbing the place we catch glimpses of Talon creeping around unseen.

Bruce and Selina approach the safe room like a couple of old pros shooting a rope for Selina  to cross the room on a tightrope so she doesn’t trip an alarm, she opens the safe without much trouble but Talon shows up and trips the alarm just as she is taking the safe’s contents.

A knockdown drag out fight ensues between the three of them and Talon, and remarkabley they give him  a difficult time of it in a good fight that was well choreographed and made an exciting scene. It looks several times like Talon has gotten the upper hand and will win until Alfred buries a knife in his throat killing him. Of course that’s not the end of it, only the beginning, because the Court Of Owls will not just let what they have done go unpunished.

Meanwhile Jim is convinced that Mario is infected and Lee is in danger. he convinces Carmine to tell him where they have gone and arrives just as Mario, who sure enough has gone batshit crazy, is sneaking up behind Lee to kill her with a chef’s knife. Jim shoots him just in time to save her life, but she has no idea Mario was getting ready to kill her. She looks at Jim as if he crazy and that’s how it ends.

Like I said, an eventful episode full of the stuff that makes this series great. It was lot of fun to watch and may be the best episode of the season so far. I liked it lot, enough to give it a five star rating. The pace of this episode was relentless as it hopscotched around the different parts of the narrative building the tension in each until reaching the episode’s climax at the end.