SCI-FI NERD – Lair Of The White Worm (1988): Ken Russel Plays With Another Gem From Bram Stoker 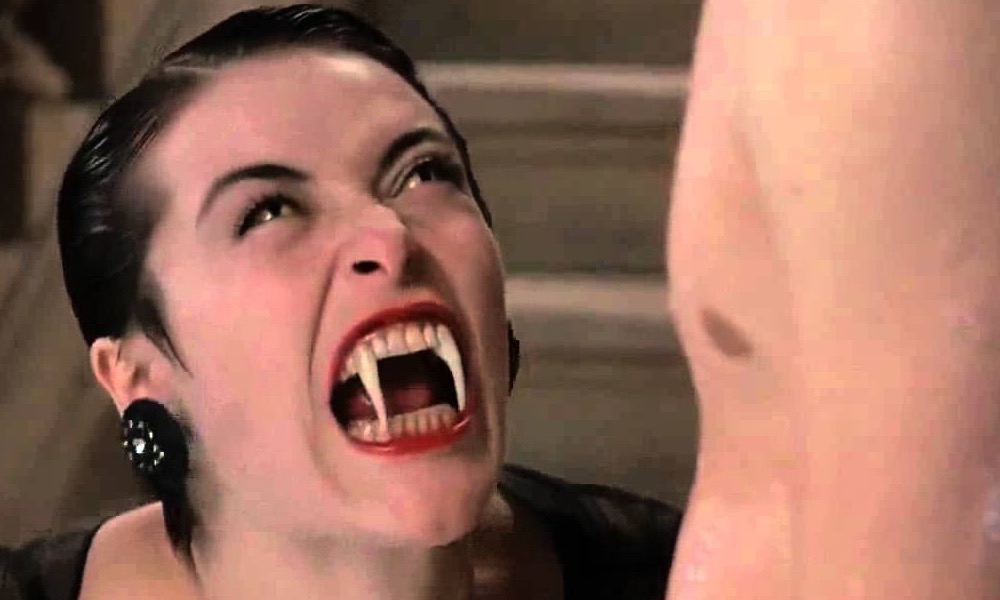 Things get strange when an archeologist digs up an unusual artifact belonging to an ancient pagan cult.

The Lair of the White Worm is a comedic 1988 British horror film based loosely on the Bram Stoker novel of the same name and drawing upon the English legend of the Lambton Worm. The film was written and directed by Ken Russell, whose career as a filmmaker only achieved moderate success, and stars Amanda Donohoe, Peter Capaldi, Catherine Oxenberg, Sammi Davis, and Hugh Grant. Full of visual, and verbal gags, the film is fascinating because it shows Capaldi and Grant at such a young age and the early stages of their careers.

The Lair Of The White Worm is a silly movie that makes no pretense at being a serious film. The production quality is mediocre for the most part, and the film seems to be just an excuse for Russel to toy with his favorite obsessions. The story is similar in some ways to Stoker’s well-known classic about Dracula, but it differs in other details that make it unique. It is a memorable example of the films of Russel who often incorporated his obsessions with sexuality and religion. Themes he often wove into his movies along with a humorous, and irreverent slant as well. The film is rated “R” for nudity, scenes depicting sexuality, and some graphic violence.

The story is a simple one, and it wastes no time in presenting its narrative about an ancient pagan cult suddenly reappearing in a small rural community in Britain. Angus Flint (Peter Capaldi), a Scottish archaeology student excavating the site of a convent at the Derbyshire bed and breakfast run by the Trent sisters, Mary (Sammi Davis) and Eve (Catherine Oxenberg), unearths an unusual skull which appears to be that of a giant snake. His discovery sets off a series of events that rapidly turn strange, and lead to an extraordinary adventure. His discovery has a connection to the local legend of the d’Ampton “worm,” a mythical snake slain in Stonerich Cavern by John d’Ampton, the ancestor of current Lord of the Manor, James d’Ampton (Hugh Grant).

The story quickly escalates into a tale of the resurgence of the ancient pagan cult reestablishing its influence on the local population. The primary person of interest in this series of events is Lady Sylvia Marsh (Amanda Donohoe), who returns after a long absence to her estate that is nearby. The story also involves the disappearance of people a year earlier under mysterious circumstances, and it soon becomes apparent they were the victims of foul play being carried out by someone in the area.

When a pocket-watch that belonged to the father of the Trent girls in the vicinity of some nearby caverns turns up, James and Angus have a theory there’s connection with the old legends and the cave. Lady Marsh is now revealed as the immortal high priestess of the snake cult, visits the B&B of the Trent sisters and absconds with the recently discovered skull. She suddenly sprouts fangs and spits venom when she comes face to face with a crucifix hanging in the inn.

Later when Eve Trent comes into contact with the venom, she is knocked unconscious and has vivid hallucinations of the ancient convent overrun by Roman soldiers who are portrayed raping, killing, and pillaging the place without mercy. Witnessing this event in the dream is a female figure painted blue who seems to be delighted by what is occurring. Also in the dream are visions of a gigantic white snake wrapped around a character hanging on a cross

Lady Marsh continues to display unusual behavior and is soon portrayed picking up a hiking teenaged boy scout during a rainstorm who she convinces to return with her to her home, where she is shown seducing the lad with promises of a hot meal and shelter. She is depicted lounging in an outfit composed of very skimpy underwear and high-heeled boots, as she offers her young visitor a warm bath. Her intentions soon become clear when she suddenly sprouts fangs again using them to bite the unfortunate young man in the area of his groin. The bite has the effect of paralyzing the youth, and she pushes his head down into the water of the bath he is in, submerging his face and head.

Things continue to escalate when the local constable (Paul Brooke) also falls victim to Marsh’s hospitality, making him one of her minions. Later the missing mother of the Trent girls is discovered in the home of Lady Marsh watching tv in a scene strongly reminiscent of David Lynch’s Twin Peaks. She bites her daughter Mary in the neck with fangs just like Marsh’s, but Angus acts quickly and sucks out the venom before it can take effect.

The story is amusing in its portrayal of the how the victims respond to music in their proximity; they react like snakes mesmerized and charmed by its rhythms. They comically writhe about in a serpentine manner. The victims become a sort of enslaved vampires under the spell of Lady Marsh’s bite

James sets a trap designed to attract victims of the snake bites by establishing a stereo system, the music from which is intended to lure the victims of the snake bites. This scheme nearly backfires and comes close to causing him to become a victim himself, but in one of the movie’s more graphic scenes, he uses his ancestor’s broadsword to cleave his intended attacker in half. Meanwhile, Angus has gotten a local hospital to create an antidote to the serpent’s venom to help prevent more people from falling victim to the bites, including himself.

The film’s climax comes when the group returns to the caverns where Lady Marsh has captured both Mary, and taken Eve, who she has kidnapped and prepared as a virgin sacrifice for the gigantic serpent that still lives deep inside the caverns. She is shown nearly naked, painted blue and acting out a ritual before carrying out her intention of plunging her victim into the mouth of the waiting worm. Angus manages to free himself just in time to rescue Eve and send Lady Marsh falling into the serpent’s waiting mouth instead.

After all, the commotion of the film’s events have ended, and everyone now seems safe and sound, the film concludes with the revelation that Angus received the wrong substance. Meaning he is still being affected by the venom, making him the last remaining victim of the serpent’s bite, implying James who he is riding in his car with might fall victim to his bite, and that maybe the story isn’t over yet.

The Lair Of The White Worm is not a great movie, but under the right circumstances, it can be good silly fun. It unapologetically makes use of the usual vampire movie tropes, and others from the horror genre as well, in its depiction of a rather silly film that still manages to be considered a cult classic to this day. If you are a fan of Russel’s other films, you might enjoy this one as well.