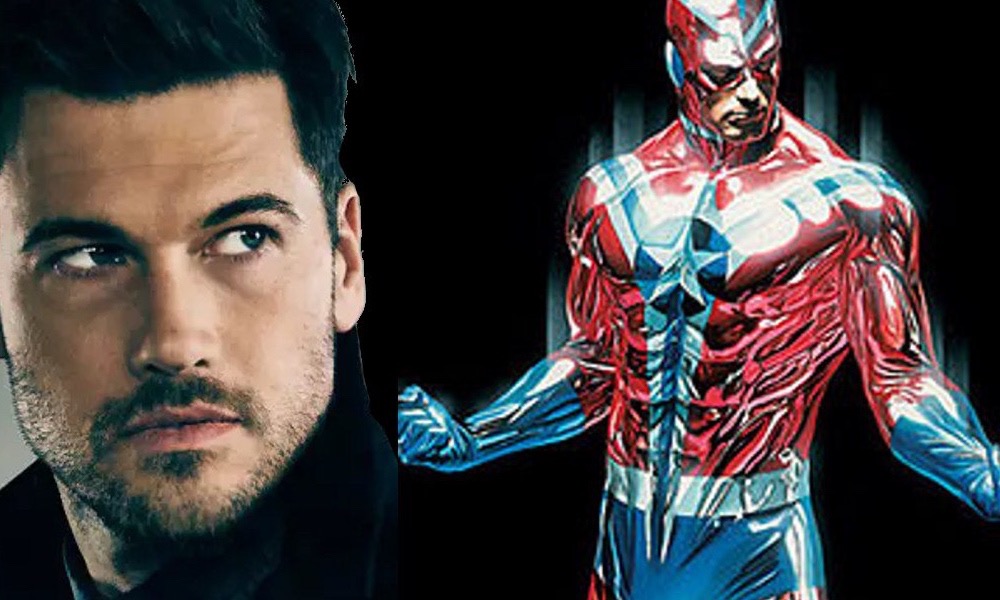 A bit of tomfoolery lands the gang in 17th century Japan where they find romance, adventure, and trouble.

This is a show with an identity problem, it can’t seem to decide whether it wants to be a comedic parody of a superhero series, or a straightforward action, adventure series.

Each of the DC comics based series on the CW has its own particular flavor and approach to what it does. Supergirl, what I have seen of it, seems determined to mine the sorts of soap opera personal drama meant to appeal to a female audience, while Arrow is busy trying to be the dark, brooding cousin of a surrogate Batman series portraying itself as a serious crime drama.

Meanwhile, The Flash, which is emerging as my favorite of the four seems to be the only one that remembers a big part of the appeal of these types of shows are narratives that feature super powered villains vs super powered heroes, and is adhering to that approach and doing it in a more or less lighthearted fashion, that can still be taken seriously enough to fill the desire to see that sort of tv interpretation.

Last of all we have DC’s Legends of Tomorrow that can’t seem to make up its mind, it interjects enough silly stuff into its narratives and how the characters are depicted, to make me wonder if its trying to be perceived as a comedy series. The show has gotten rid of Rip Hunter (Arthur Darvill), for now at least, who was always super dramatic and serious about his responsibilities as captain of the Waverider and Time Master, and I have to admit I don’t miss him or his somewhat condescending accent and attitude.

In his place they promoted Sara Lance / White Canary (Caity Lotz) to team leader and captain of the time ship and it seems to be an improvement. Lotz is one of the most appealing things about this series, she’s hot and looks great in whatever costume they decide to put her in, has great presence on screen, and she has the abitlity to pull off the physical demands of the role seemingly without any problem.

The story the series tells in this edition is a good example of what I have been talking about, its the mix of action, adventure and silly comedy that actually succeeds  only a few times to be actually amusing. Moments that could be dramatic and  even dark are somewhat nullified by the show’s constant attempts at humor. The crew ends up in medieval Japan, and I can’t help but wonder how the other shows I mentioned earlier would have treated the same material.

The episode begins with Vixen, who has stowed away on board going around the ship and knocking everyone out, because she has misinterpreted Rex”s last words to mean one of the crew were responsible for killing him, when in fact it was the Reverse Flash who did the evil deed. She is caught and locked up long enough to reason with her and convince the her of the truth.

She is caught and stopped by Nate Heywood (Nick Zano) who suddenly has the ability to transform his body into a shiny metallic surface. Enter Citizen Steel. It turns out the Nazi super soldier formula that Ray gave him to save his life has resulted in giving his this new ability. Ray did change the formula in hopes of removing the unpleasant monster parts and making himself faster and stronger.

So any way, in the process of testing out his new ability, Ray dons his suit and the two men get carried away and acidenttly knock open a hatchway to the outside. The time ship experiences sudden decompression and Nate gets sucked out and Ray follows to rescue him. They both crash land in the countryside of what turns out to be 17th century Japan. Ray gets captured immediately by the men of the local warlord who steals his suit and claims it for himself

Nate gets found in the crater he creates by a local woman who takes care of him and gives him a bath for reasons that were not made clear. This raises questions about the environment outside the Waverider while the ship is traveling through time, There didn’t appear to be any problems with lack of breathable air or apparently falling from whatever great height the ship was presumably traveling at. What the heck is that murky stuff they are always shown traveling through anyway?

The plot thickens when it turns out Nate has landed in the home of a woman, Masako Yamashiro (Mei Melançon) who is has been promised to become the bride of the local Shogun (Stephen Oyoung), who apparently has no name but is only referred to as Shogun. he’s not a nice guy, and hates foreigners. On top of that she doesn’t wish to marry him, and to make matters worse she falling for Nate.

When the Shogun’s men show up looking to see if Ray had any friends that arrived with him, Nate foolishly challenges them  and suffers because he can’t control his new power and it fails to protect him. When the others arrive to help out he explains the situation and Sara sums it up as having a performance problem. Following this thinly veiled reference to the problems men sometimes experience, the show actually sinks to the level of attempting to be amusing by making jokes in reference to ED, and failing.

So the Shogun figures out how to use Ray’s suit and begins to try it out on the gang and decides to kill all the villagers  because he want to teach them a lesson. So of course a fight breaks out featuring mostly Sara and Vixen, who of course kick ass. Mick spends the whole episode talking about ninjas and Vixen keeps telling him they don’t exist, so naturally a bunch of them show up. After all if you’re going to get silly why not go all the way?

There’s also a subplot regarding the Waverider and the discovery by Stein and Jax of  a secret compartment where they receive secret message from Barry Allen in a future when he’s apparently much older. The pair decide to keep the message a secret from the others, which is always a good idea, because trust. This is, of course, all part of the build up  to the big four way crossover the CW has planned for the DC based shows later in the season. They have been telegraphing it on every series since the season of all the shows began.

I can’t really give this episode high marks for being great tv, it was  just kind of silly and sad because f all the failed attempts at humor. It did have some fun moments but not as many as they tried for. Vixen as the newest member of the crew provided some good moments when using her powers. The CGI used to make Zano look metallic were okay, but not great. I have to say in the final analysis this show is till suffering from the same problem that plagued this series last season – poor writing. It has all the elements in place to make this a really great show but fails make it achieve its potential as such. Until next week, happy viewing.