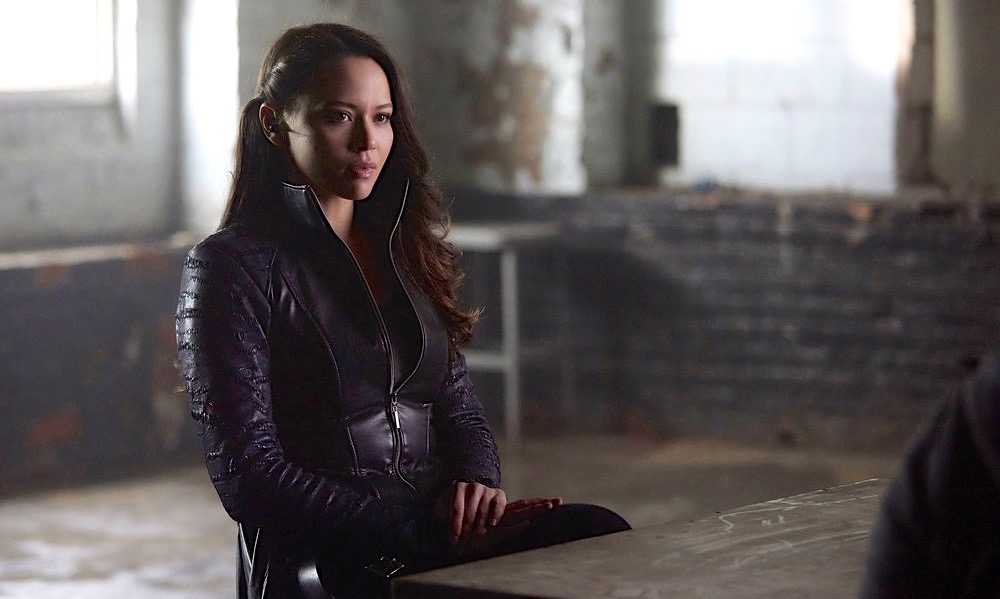 This week’s episode applied one of science fiction’s most popular tropes, a visit to a parallel universe, and yes, it was a darker and more  cruel version of reality.

Most science fiction fans are familiar with the Mirror, Mirror (season 2, episode 4) episode of Star Trek TOS, in which parts of the crew of the Enterprise visit an alternate reality that parallels their own with just few fundamental changes. I doubt the writers of this episode were aware they were creating a classic trope at the time, but here we are decades later, and its still being kicked around.

In the classic version the inhabitants of the alternate reality are viscous and cruel versions of the original crew, lacking in compassion, and only out to serve their own self interests. they were also part of an authoritarian and somewhat sociopathic society seemingly without any sort of moral compass.

This time around, on this week’s episode of the show, the universe the crew visits is lacking in the authoritarian political system, but has some additional changes and a few surprises to make things inconvenient and unpleasant for the Raza’s crew. Surprises that included some added personnel as part of the crew, personnel that are characters the crew had encountered in the past.

The episode also includes some nice shots of the Raza engaged in a battle with some other spaceships. This Raza has a Blink Drive that works, and is portrayed as a formidable ship indeed, a nice reminder what a cool ship it is, and that the ship is one of the characters on the show too, and one that should not be overlooked.

The show has been including more exterior shots of the ship lately, as if to remind us, yes, this stuff happens in outer space. The outside shots of the Raza, and the Marauder are nicely done. I, for one, am happy to see this development, not only because its fun to see, but because it makes for a nice change of pace from all the interior shots that make up the majority of the show.

First and foremost I would just like to say I love the title of this week’s episode. Stuff To Steal, People To Kill starts out right where last week’s episode left off, we find out the test of the Blink Drive didn’t go exactly as planned, and after the discomfort the crew experienced, it seems as if  it might not have even worked. Ann reports they have only travelled about a mile and a quarter from where they started. Right after that, she also reports they are receiving a distress signal, emanating from Regulus 12, the space station they just left. Oddly its the only transmission coming from the place and seems to be automated.

They head back for Devon and Nyx, but when they arrive, the place is dark and wrecked with lots of bits and pieces of space station parts drifting near its location.  Its obvious it has suffered a serious attack. They are trying to figure out what happened and how they can board it when Ann reports activity not far away.

Its three ships belonging to the Nikei corporation, engaged in battle with what appears to be the Raza, and the Raza is kicking ass, speedy and nimble, its flying circles around the other ships, and in addition it seems to have a Blink Drive that works, because it keeps popping in and out of sight while inflicting damage on the other ships, giving us an example of the advantage it would provide.

Soon after they are fired on by what turns out to be another Nikei battle ship. Two makes contact to ask why they are being fired on because they always had an understanding with them, and their Commander Truffaut (Torri Higginson of Stargate Atlantis). When Two tries to explain her confusion to the attacking ship, it turns out to be commended by the very same Commander Truffaut they have met before.

They surrender and hand over the Blink Drive, because it got destroyed in the test anyway, and no longer works. the Commander tells them they are being fired on because they are responsible for multiple attacks on Nikei assets doing considerable damage, and that they are war. They try to explain they had nothing to do with it, but the commander is skeptical, and does not believe them until she gets reports about the Raza being involved in another  attack 300 light years away while they are talking.

The crew finally realizes what must have happened, and determines the only way to get back where they belong is to steal the Blink Drive from the other Raza, and the episode gets back to familiar territory as they devise a plan for the heist. They get the cooperation of Truffaut who makes a deal, and promises they won’t be harmed until she turns them over  to corporate headquarters.

They  use Three who impersonates himself, because in this universe he’s the emperor of his system, to lure the Raza in, setting up a trap for a couple of crew members from the other ship and take their places. Its Boone and Two who trade places with their evil counterparts who turn out to be exactly as expected, cruel and heartless felons with a lust for profit.

There a few surprise in this universe, for example Six discovers he’s dead at the hands of two, and on board the other ship,  the real Jace Corso (Marc Bendavid), is there, and along with him are a couple of the hijackers, Tash (Jessica Sipos) and Wexler (Ennis Esmer) they ran into earlier in the series that tried to kill them and threw Two out of an airlock.

They go to steal the Blink drive, but before they can, the ship engages it engines and the ship leaves for another  job, trapping them on board for the trip.

Before they switch places, the other Boone and Two are shown being in an intimate relationship. Once on board, after the switch, Boone has girl  trouble when it appears he also has something going on with Tash, when she makes moves on him too, in a violent manner of expressing her passion and desire to get busy. Apparently she likes it rough, and enjoys dealing out the rough stuff herself.

When they go planet side, on a mission to deal wth some miners, in a replay of  one of the season one episodes, and when Two tries to change things for a more peaceful way of resolving the dispute, Wexler kills the miners they are meeting with in cold blood, and she has to knock him out to enforce her approach to things. She finds out they are planning on nuking the settlement, and orders Corso to stand down, he ignores her orders, and launches the nuke anyway in an attempt to kill her, which she fails to prevent, but escapes.

The episode gives us a glimpse of the real Corso, in place of the one we are familiar with, and he’s a real psycho with homicidal tendencies he likes to indulge.

Back on the ship Boone dispatches Corso, knocking him out, and Two has a big fight with Tash, who gets the upper hand when Two’s nanites start acting up again. She comes close to dying when Tash moves in for the kill until the Android intervenes, saving her life by stunning Tash with a blaster. The android explains its part of her job to save the crew from coming to harm, even if its from another member of the crew, It seems to be a situation she has dealt with before.

Boone and Two steal the Blink drive, and start to return to their ship,  and it seems as if everything will be okay, until Truffaut betrays their deal and  threatens to start killing the other members of the crew unless they turn over the Blink drive, but Two out maneuvers her and attacks her battleship, damaging it so it is vulnerable to being destroyed by another attack, which she uses to turn the tables on Truffaut, and  they come to a deal for the return of  her crew, and the Raza.

When they return to their ship, and release their evil counterparts, the androids from both ships meet, and during their brief encounter, its revealed by the other android she feels indebted to Two, because she says she made her what she is.

This, of course, refers to the android’s software glitch, that makes her different. The alternate universe android is just the same as the original before her upgrade happened and she began exhibiting her recent  change. Looks like what really happened to her, and why, will be slowly revealed down the line.

Thye install the Blink drive, and use it to get back to their  own reality only to find that someone from the alternate universe hitched a ride in the other Raza’s Marauder, attached to their hull, which escapes before they realize what’s going on. Another mystery to add to the show’s ample supply.

This was a very enjoyable take on one of science fiction’s most popular, and favorite tropes in a straight forward, action packed episode that did  a good job in also moving the series narrative forward. The mystery of Two’s ailment is getting more urgent, she is shown collapsing at the end of the episode, and obviously will require some sort of treatment soon, giving this edition a cliffhanger of an ending that acts as a hook to make us want to watch next week. As if we needed one. Good stuff, once again, from a consistantly good series. Happy viewing, see you next time.