Batman: Evolution Of The Bat – A Brief History of Batman In Film 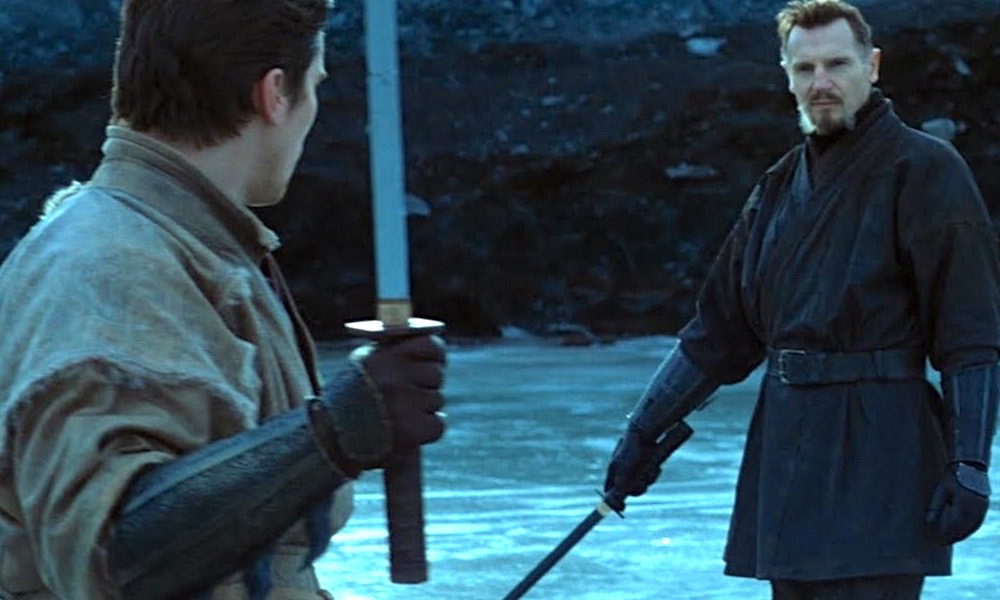 Call him what you will, Batman, The Dark Knight, The World’s Greatest Detective, The Caped Crusader, or just plain Bats, Batman is one of the world’s most beloved genre creations.

Revisiting Batman Begins (2005) the other night, I fell in love with the movie all over again, but it occurred to me there’s also a lot I like about Tim Burton’s 1989 reinvention of the iconic character which led me to do some more research on the history of Batman in film. It seems to me there has been a sort of ‘dumbing down’ of Batman since he first appeared in in “Detective Comics #27” (May 1939) with more emphasis put on his physical abilities as opposed to his intellect and ability to solve puzzling crimes. Originally named the “Bat-Man,” the character is also referred to by such epithets as the Caped Crusader, the Dark Knight, and the World’s Greatest Detective.

Originally he was presented as a scientist and detective who used his knowledge to solve crimes and fight evil. His mind was his greatest weapon in his crusade against criminal activity in the grim setting of Gotham City. As time progressed he has slowly evolved, for better or worse, into a sort of ninja-like entity who uses his physical prowess to hunt, capture or otherwise put an end to the careers of the criminals he pursues. Like Superman, he has become more about his physical abilities than anything else. Although with Batman, some elements of his mental abilities remain intact. He is still known as an unsurpassed master of strategy and tactical thinking.

Batman became popular soon after his introduction in 1939 and gained a comic book title, Batman, the following year. As the decades went on, differing interpretations of the character emerged. An American cultural icon, Batman has been licensed and adapted into a variety of media, from radio to television and film, and appears on various merchandise sold all over the world, such as toys and video games.

The history of the Bat in film goes back all the way to the matinee movie serials designed to separate children from their nickels and get them out of their parent’s hair on weekend afternoons. He first appeared in film in a 1943 black-and-white 15-chapter theatrical serial from Columbia Pictures, produced by Rudolph C. Flothow and directed by Lambert Hillyer. The serial starred Lewis Wilson as Batman and Douglas Croft as Robin. J. Carrol Naish played the villain, an original character named Dr. Daka, a secret agent of the Japanese Imperial government. Rounding out the cast were Shirley Patterson as Linda Page, Bruce Wayne’s love interest, and William Austin as Alfred the butler. There was also another series in 1949 titled Batman and Robin, a 15-chapter serial starring Robert Lowery as Batman and Johnny Duncan as Robin.

About twenty years later, the debut of the still widely acclaimed Batman television series in 1966 featured Adam West as Batman, Burt Ward as Robin, Alan Napier as Alfred and also featured appearances by Yvonne Craig as Batgirl, had a profound influence on the character. The success of the series increased sales throughout the comic book industry, and Batman reached a circulation of close to 900,000 copies. Elements such as the character of Batgirl and the show’s campy nature segued into the comics; the series also initiated the return of Alfred. Although both the comics and TV show were successful for a time, the camp approach eventually wore thin, and 1968 saw the show’s cancellation.

Batman reached another milestone in the character’s existence with the creation of the still highly regarded Tim Burton films Batman (1989), and Batman Returns (1992). Both films were directed by Tim Burton and employed his unique style and approach in appearance, and though they still retained some remnants of the earlier camp influence of the tv series, they were a much more grounded approach to portraying the character and his universe. The films featured Michael Keaton as Batman, Jack Nicholson as the Joker, and Kim Basinger as Vicki Vale while the second film featured Michelle Pfeiffer as Catwoman in a stand out performance, Danny DeVito as the Penguin, and Christopher Walken as Max Shreck.

Next came a dark period in the history of Batman in film with a pair of offerings from director Joel Schumacher who nearly destroyed the franchise with his macabre pop-art take on the franchise. These films included Batman Forever (1995) featuring Val Kilmer as the Caped Crusader, and Batman and Robin (1997) featuring George Clooney as Batman, Chris O’Donnell as Robin, Alicia Silverstone as Batgirl, Arnold Schwarzenegger as Mr. Freeze, Uma Thurman as Poison Ivy and Robert Swenson as Bane.

Another vision of the character came in animated form and continues to be one of my favorite versions of the caped crusader. Batman: The Animated Series is an American animated television series based on the DC Comics superhero Batman. Developed by Bruce Timm and Eric Radomski and produced by Warner Bros. Animation It originally aired on Fox Kids from September 5, 1992, to September 15, 1995, with a total of 86 episodes. During its second season, the series was given the on-screen title The Adventures of Batman & Robin.

This series segued into Justice League Unlimited, another excellent example of the Bat in action. Justice League Unlimited (JLU) is an American animated television series that was produced by Warner Bros. Animation and aired on Cartoon Network. Featuring a wide array of superheroes from the DC Comics universe, and specifically based on the Justice League superhero team, it is a direct sequel to the previous Justice League animated series. JLU debuted on July 31, 2004, on Toonami and ended with the episode aired May 13, 2006. It was also the final series set in the long-running DC animated universe, which started with Batman: The Animated Series in 1992, and Batman continued to be a central figure in its episodes.

Finally (for now anyway) we come to Christopher Nolan’s  more modern, and grounded take on the character in film. Nolan virtually reinvented the character, going all the way back to the well-known origin story, and making it his own. He slightly readjusted the character and reinvented him in small but crucial ways that brought his story into the 21st century and made it more realistic than it had ever been done before, with success.

There is little doubt that Batman Begins (2005), The Dark Knight (2008), and The Dark Knight Rises (2012), are the final word on the Batman franchise up to this point. Dark and brooding yet smart, action-packed, and entertaining these films are pretty much everything any fan of the Bat could ask for and more. Of the three, Batman Begins remains my favorite, partially because it represents the fresh and reinvigorated shift in the approach to the character best, and gets extra points for introducing the new Batmobile and the new more realistic world the story takes place in more grounded in reality. I am fond of the other two Nolan entries also; who could not love Heath Ledger’s bizarre and disquieting outing as the Joker in The Dark Knight?

The question now, of course, is where does the Bat go from here? Will Ben Affleck find a way to keep the franchise rising in quality and find favor with fans like me or will he do a Joel Schumacher and sh*t the bed? Since leaving the role of writer for the film, Affleck’s role in the project has been in a state of flux, with some sources claiming he will not be playing Batman in the movie. Only time will answer these questions all we can do is hope for the best.

I did like Ben as Bats in Batman v Superman, but that role did not afford a good look at his take on the character beyond the physical. It would take a lot to put me off Batman, I have been a fan for what seems like forever and will be until I die. If things don’t go well with this next outing, we’ll always have Batman Begins. Happy viewing.