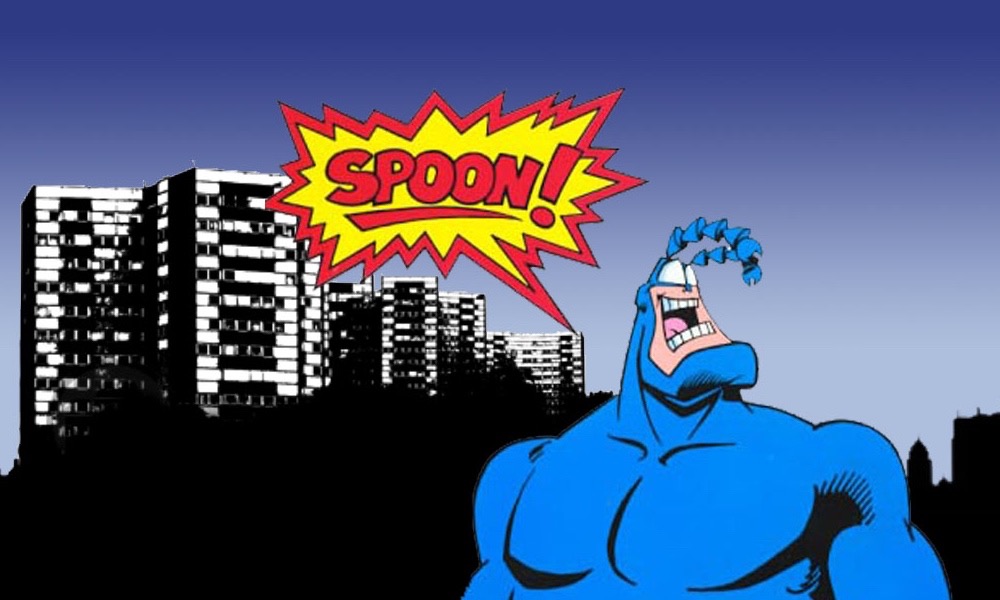 With a collection of absurd, satirical characters involved in equally absurd plots, The Tick is a singular experience, and an oddly satisfying, and amusing series, that represents a unique approach to the superhero genre.

The Tick did not have an easy time making to tv, and becoming the cult classic it is today.After a long, twisted road in development, the series aired for three seasons from 1994 to 1996 on the Fox network’s Fox Kids block, which introduced the character to a mainstream audience. While still in college, Tick creator Ben Edlund was producing his independent comic book series based on the character.

Rather than being an asylum escapee, as portrayed in the Tick comic book series, the animated version of The Tick crashes a superhero convention to win the “protectorship” of The City. With its emphasis on superhero parody, The Tick became a Saturday morning staple during the Fox Kids block. Its title character was voiced by Townsend Coleman and his sidekick, Arthur, by Micky Dolenz for Season 1. Rob Paulsen took over the latter role for Seasons 2 and 3.

The Tick featured an array of characters unlike any ever seen previous to its arrival on tv, or anywhere else for that matter. The series also features Die Fledermaus as a shallow, self-absorbed Batman parody; Sewer Urchin, an Aquaman parody who resembles Dustin Hoffman’s character in Rain Man; and American Maid, a more noble superheroine featuring aspects of Wonder Woman and Captain America.

The Tick himself is long on strength, and short on brains, he is nearly invulnerable, which is a good thing, because his low IQ often leads to him suffering unneeded exposure to situations that would cause extensive damage to anyone else

This is a very silly show, that’s a lot of fun. The absurdity of the characters, and the absurd situations they find themselves in, are the source of much of the series most amusing moments, and why it is so enjoyable. the villains are as equally absurd as the heroes of the series.

A typical episode plot would have The Tick battling a villain until Arthur devises a solution that saves the day. The Tick then declares an absurd moral regarding the previous conflict before the story comes to a close. Although the series was initially aimed primarily at children, it features an absurdist style that appeals to an older audience as well.

After three seasons, The Tick’s final episode aired November 24, 1996. The following year, FOX began talks with Sunbow Entertainment about producing a prime time Tick special, but this never came to fruition. Comedy Central syndicated The Tick during this time and subsequently helped make it a cult hit with adults. In May 2000, the pilot episode for a live action series of The Tick was completed. FOX attempted to capitalize on the growing adult fan base by introducing this new incarnation in November 2001, but the series couldn’t match the success of its animated predecessor.

The series represents a unique moment in the history of animated series and is still considered and admired as a cult classic by a core of dedicated fans. Spoon!

It has been revealed a new live action edition of “The Tick” is returning to television with a reboot at Amazon Prime, and comic book creator Ben Edlund — who wrote and drew “The Tick” series through the ’80s and ’90s — is along for the ride to shape the character for the small screen once again. He recently opened up about the reboot’s take on the property, which he says maintains its comedic slant, but presents itself in a “darker” and “more grounded” manner.

Leave a Reply to best cafes in amsterdam Cancel reply