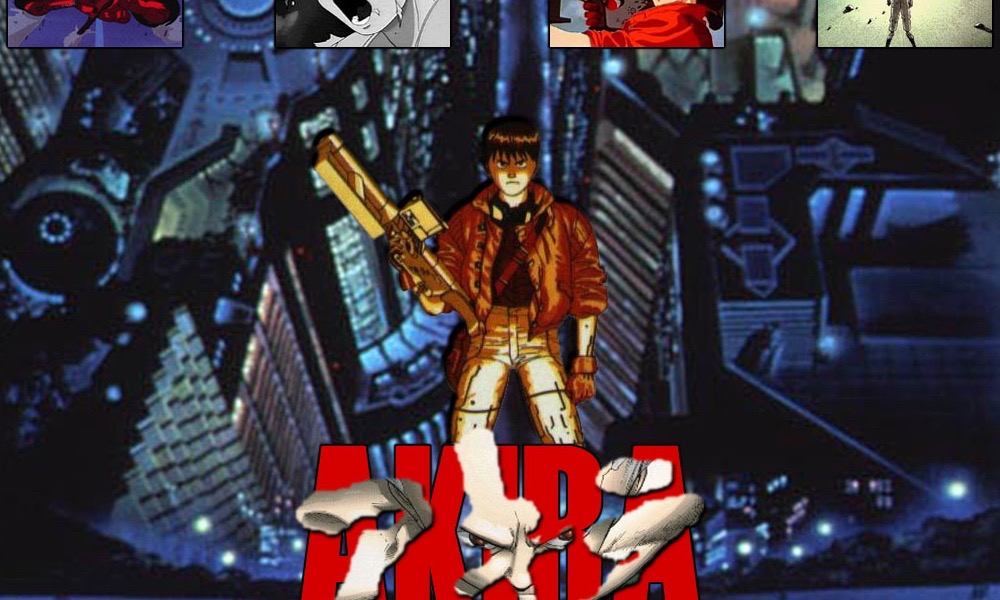 Friendship still matters when psychic powers go out of control in the grim dystopian Neo-Tokyo of the future.

Akira is a singular science fiction animated film directed by Katsuhiro Otomo. It was written by Otomo and Izo Hashimoto and based on Otomo’s manga of the same name. It is considered by many to be the best of its kind as far as science fiction animated films go, but I would have to disagree. My vote for the film most deserving of that honor goes to Ghost In The Shell (1995), with Akira being a close second.

It is no secret that Japanese animators are light years ahead of their western counterparts. I think this is due to the fact that animation in Japan is a far more highly regarded art form by a wider spectrum of their society encompassing all age groups, whereas in the west it is still often considered a medium just for kids.

That is not to say there are no examples of western animation that are worthy of admiration, just that Japan’s are mostly better, at an art form at which it excels, and the love their work is made with is all too apparent. From the background art to details  in character portrayals, the care taken to create these films escalates them into works of art that transcend the norm of most commercial animated films produced elsewhere. Akira represents a shift in style from animated films that precede it, another of which occurred in 1995 with the creation of Ghost In The Shell, when Japanese artists once again raised the bar for excellence in animated films.

The story depicts a world similar to a war zone populated by gangs of angry youth running around pretty much unchecked in their criminal activities by a militarized police force that is woefully outnumbered by them, and a group of people intent on overthrowing the government. The film is reminiscent in ways of  both The Warriors (1979) and A Clockwork Orange(1971) in its depiction of a turbulent dystopian future riddled with gangs expressing their hormonally driven impulses in violent ways. Revisiting the film i was also reminded of The animated series Batman Beyond (1999-2001), whose creators, i suspect, were largely influenced by this film. In this case the gangs give themselves group names to label their tribal allegiances, in a culture centered around motorcycles to express their teenage zeitgeist.

Before Neo-Tokyo, there was Tokyo, which was destroyed by a single psychic bomb created by one individual, the titular Akira, and the film begins with a depiction of this occurrence portrayed as being very much like an explosion caused by an atomic bomb. The atomic explosion is a recurring theme seen often in Japanese animation. This seismic event in their history is often expressed in the art of the country, forever burned into the  DNA of the culture and its memory.

The story mainly concerns itself with this event, and the possibility that one of the film’s main characters, Tetsuo Shima may have psychic powers equivalent to those of Akira, who was locked away and buried in a cryogenic chamber after he caused the destruction of the lost city and the resulting war that followed.

The plot concerns efforts by a faction representing the government. They are joined by Tetsuo’s friend and leader of the Tetsuo’s gang, the Capsules, Kaneda. Most of the other characters in the film, are attempting in different ways, to control Tetsuo’s abilities and prevent him freeing the now frozen eponymous character. They are all motivated by an effort to prevent another major event similar to what happened before.

This film is a visual masterpiece filled with surreal imagery. A top-notch artistic vision of  a desperate dystopian future patched together on top of its ruined past. It is filled with graphically portrayed violence and nightmarish sequences that artfully express its story of a grim future that may await us all, lucky, or unlucky enough to survive. It represents a milestone in the evolution of animation and its history. Akira deserves a place of honor in films of this type and should be a mandatory part of any genre fan’s must-see list and/or collection.

A live-action remake of Akira has been in the works for years now, but has been mired with dozens of false-starts. The latest attempt is in development with Marco J. Ramirez, who previously wrote for Sons Of Anarchy and was recently hired to run the second season of Marvel and Netflix’s Daredevil. He has been hired to finally try and produce a script that will bring Akira to the big screen.