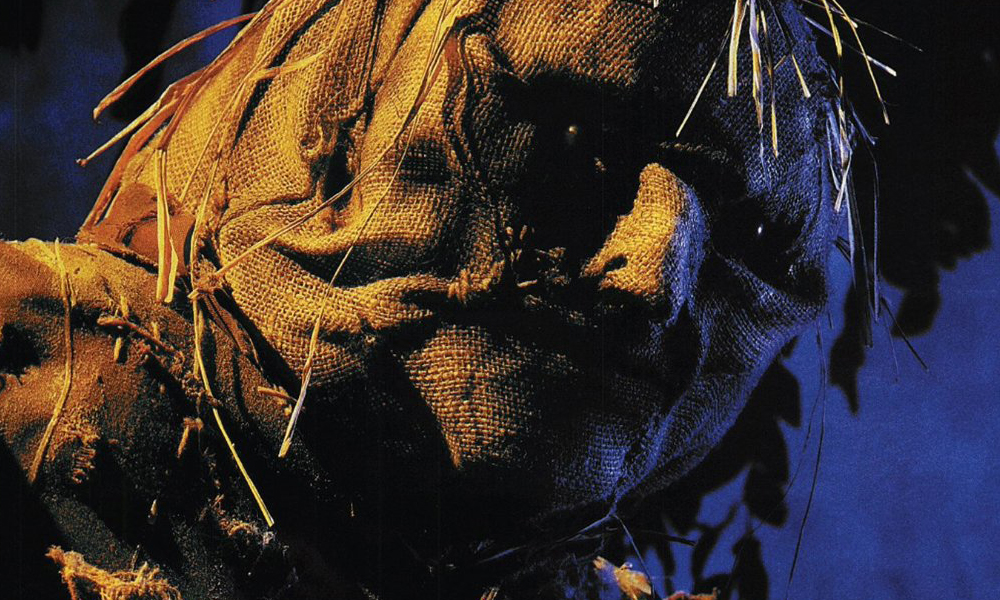 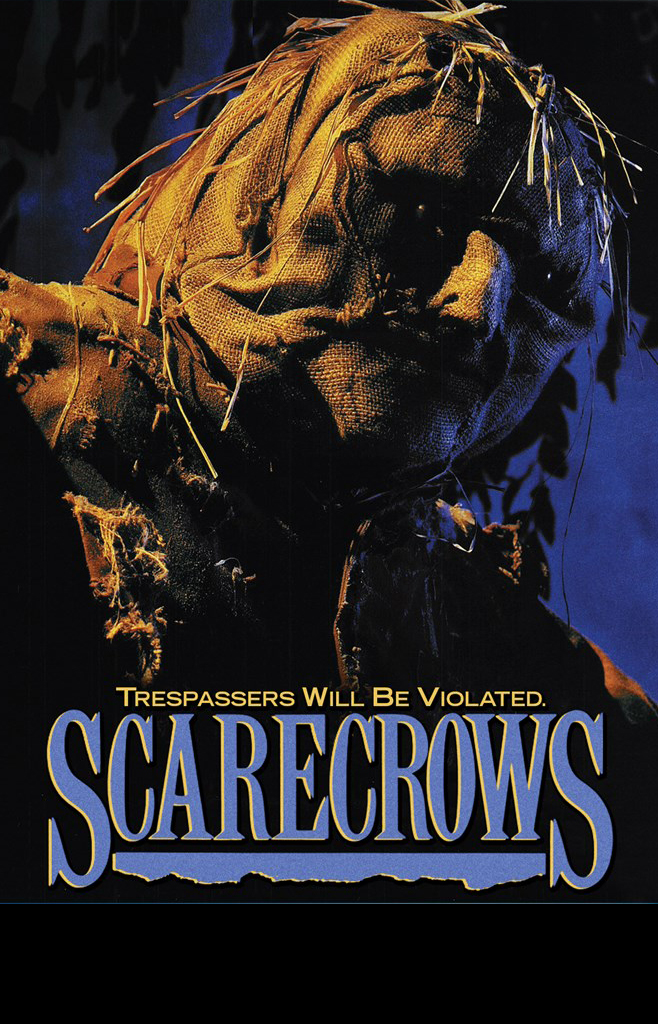 Horror films today are recycled and unimaginative. If one does come along, with a new concept, Hollywood slices off another sequel while the original’s corpse is still warm. From time to time, I will look back to find something different. My expectations aren’t as high and the curiosity of why I haven’t seen a particular title usually gets the better of me. Enter the 1988 horror film, Scarecrows, a title that as former video store clerk, I completely ignored. Scream Factory has given it their royal treatment and that alone was enough to watch.

The title gives away the creature/ monster for this feature. Sadly, it has become refreshing to watch something that does not feature zombies or vampires. Our story begins with the robbery of a government facility. Our thieves have stolen three million dollars and have hijacked an airplane to get away. Their only captivities are the pilot and his teenage daughter.

One of the thieves, Bert (B.J. Turner), double crosses everyone by pushing the money out of the plane, tosses a grenade, and then parachutes away. Bert lands near an old farm and in his search for the money and transportation, he comes across some scarecrows. Clearly, Bert’s plans to screw everyone were not very well thought out. He is neither prepared for getting away, nor for the horror he has just stumbled upon. There are hints of a supernatural presence at the old farm as well as a history of three men who may have worked the land. That is where the brilliance of Scarecrows lies; the non-explanation of history before Bert landed.

The other members of Bert’s crew arrive and stumble across the farmland as well. In tow is their young female captive, Kellie (Victoria Christian). In the horror genre, Kellie’s role could lead to several different outcomes. Is she a toy for the sleaziest of the thieves to taunt and play with? Will she become the savior of the thieves? Will she be the true innocent and thus impervious to the scarecrows’ evil plans? It’s actually none of these scenarios. Again, completely refreshing, just like the other members of this band of cut-throats. At one point you actually root for one to get away from what will be certain death.

So why haven’t you heard of Scarecrows before? Sadly, it is because of the acting. If you look at the cast list above, you won’t recognize a single name. In the horror genre, that is pretty rare. The film also suffers from budgetary constraints and it shows. William Wesley did his best, but when you see the same shot over again and over again, you expect it to have some meaning. One shot in particular kept me guessing that something was going to happen and nothing ever did. Frustrating your audience and bad acting can make a film a one-time experience and ultimately forgettable.

Despite the film’s flaws, there are still a few surprises. The outcome for the dog (another horror cliché) was unexpected and fun. There are some truly different and unique shocks included in this direct-to-video film from the late eighties. Speaking of which, the film actually looked incredible on Blu-ray. Again, Scream Factory has given another horror film a Criterion Collection restoration, complete with special features.

One thought on “Scarecrows Blu-ray Review”