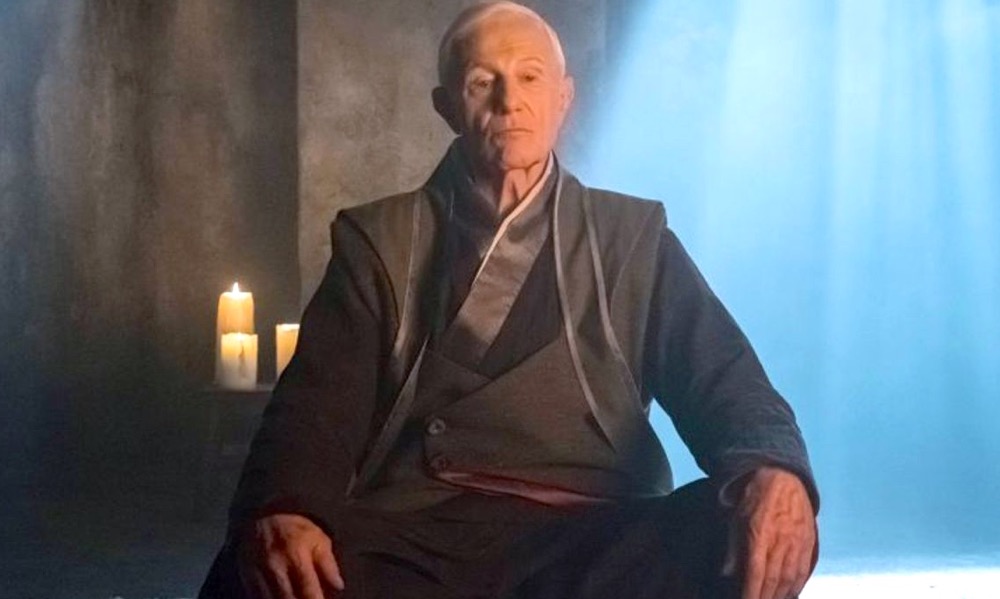 The season continues to build towards a dramatic finish as all the parts fall into place and as fortunes rise and fall.

I missed Gotham during what seemed like an endless hiatus this year. It has its own take on what it means to be a comics-based series. Despite not literally originating in a comic book of its own, it’s hard to mistake the style and flavor of the melodrama served up by Gotham as anything else. It almost never fails to get a chuckle out of me.

It has such a tongue in cheek approach implicit in its narratives, events, and dialogue that it’s hard to take it too seriously. It never drifts into territory that could brand it as outright parody, or camp, but always manages to tiptoe along that line just short of going too far. It does it better than any other comics-based series currently on tv. It’s a reliable commodity, and whether you are in the mood for it or not, that unmistakable quality is always there ready to be consumed on a weekly basis.

This week saw an eventful edition blatantly in service to the season finale which looms ever nearer. The threads of the story are coming together in what I am sure will be a doozy of a climax Penguin has a new ally in Ivy, and The Court Of Owls continues to grow more menacing, as a new thread of mysticism enters the stage, and the GCPD continues to do their best impression of the keystone cops stumbling over each other firmly one step behind the bad guys.

Gotham’s Court-Of-Owls centric march continues this week beginning with another meeting of the secret conclave, which we learned recently includes Jim Gordon’s (Ben Mckenzie) Uncle Frank (James Remar) who up until now is still not clearly on one side or the other, the Courts or Jim’s.

Bruce is still their prisoner in a secret, mysterious location, while his doppelgänger has taken his place back in Gotham. Surprisingly Bruce’s (David Mazouz) cell suddenly swings open teasing freedom and he responds by requesting to speak with whoever is in charge. A white-haired man in long flowing garments responds that it is him. This enigmatic figure is known as the Shaman (Raymond J Barry), appears to have mystical powers that allow him to do things simply by thinking them. He claims he has a lot to teach Bruce and his goal is to prepare him to be Gotham’s protector. This is pretty heavy stuff, given what we know about Bruce’s future.

Bruce feigns cooperation with a mind to escape as soon as it’s possible, but his attempts to leave the place prove futile and seems to confirm his current circumstances are inescapable because every attempt at flight ends him right back where he begins. The Shaman produces some acupuncture needles that also appear to have a mystical nature and when the Shaman applies one to the center of Bruce’s forehead it conjures super vivid replays of the fateful night his parents were killed, which, of course, is very upsetting for Bruce. The Shaman keeps saying he has so much to teach him but that is as far as the lesson seems to go, for now, and he leaves.

Meanwhile, we find Penguin (Robin Lord Taylor) still alive and kicking in Ivy’s (Maggie Geha) care. Penguin only wants to leave and his manners fall far short of being grateful or thankful for her care. In fact, he’s downright hostile and rude. He ignores everything she has to say even though she’s making sense for the most part, he responds to her advice with ridicule and sarcasm.

Penguin decides he has to raise an army so he can reclaim his former glory and empire and against Ivy’s advice he contacts one of his former lieutenants Gabe (Alex Corrado) to help him accomplish that. Gabe arrives and promptly betrays Oswald as part of a plan to auction him off to the highest bidder. Whoever wants to kill him the most. Ivy’s perfume comes into play as she uses its influence to compel any man who smells it to do her bidding and also affording her the ability to become a human lie detector. Geha’s portrayal of Ivy as a kid in a woman’s body is pretty good and makes for some amusing moments and dialogue for her.

All the bad guys that show up intending to sell Penguin off end up dead at the hands of one of their own, and when Gabs gets a little too honest about how everyone feels towards Penguin he makes Oswald so angry he goes crazy and gets all stabby-slashy again and kills him. So long Gabe, we hardly got to know you.

In another location we find Uncle Frank and Jim meeting in a graveyard, a suitable setting, considering and Frank is providing some info about a weapon the Owls are bringing into town designed to doom Gotham’s unworthy citizenry and purify it for another try at being a town the Owls approve of. Frank gives Jim a location, a dock number, where the weapon is supposed to arrive and Jim calls Barbara Kean (Erin Richards) for a favor to obtain more information about the Owl’s weapon.

Afterward, Jim finds out his father was murdered and evidence points at Carmen Falcone (John Doman), but after confronting Falcone Jim discovers it was the Owls behind the muder and the order was given by Uncle Frank, serving to make it more unclear just whose side he is on.

Why Jim calls Barbara, who obviously hates him, instead of Harvey (Donal Logue) and the GCPD is beyond my understanding.

We find Barbara holding court and accepting payments from the other criminals present when she gets the call. Barbara seems to be quite comfortable as a crime boss with Tabitha (Jessica Lucas) by her side as an enforcer. Butch Gilzean (Drew Powell) is nowhere to be seen

After the call we find Barbara and Tabitha tormenting a dock worker for more information in a warehouse about the Owl’s mysterious delivery with a group of her men armed to the teeth, There is an unusual sound which turns out be an uninvited intruder in the form of another Talon The Owls have apparently found a replacement for their other enforcer, and wielding a sword, in a sudden burst of action, he makes short work of the heavily armed men while Barbara and Tabitha make an escape. It’s over as suddenly as it begins. Talon also kills the worker who was being questioned in a gruesome manner.

Failing to get Jim’s cooperation the Owls order his death, and they assign Frank to do it. He arranges for Jim to meet him alone at his home and making a short speech about how much he cared for his father and how proud he would be of Jim he abruptly kills himself finally proving he really was on Jim’s side, and repentant all along since his return.

The episode ends with Penguin getting rid of the bodies that resulted from his ill-fated plan to recruit an army from his old associates, and Ivey suggests using some of the freaks from Indian Hill for the job. I was under the impression that Fish Mooney (Jada Pinkett Smith had already sewn up that option, but maybe I was mistaken.

The episode ends on that note leaving us to wonder about several other threads left untouched this time around like has Alfred discovered that Bruce has been replaced by his clone, and where is Butch Gilzean?

There has been no sign of Mr. Freeze or Firefly or the myriad of other characters that played major roles last season either. I suspect they are being held in storage until its convenient for them to reemerge.

What’s the deal with the Shaman? Does he really possess mystical powers and what exactly are his plans for young Bruce, and what is his real connection to the Owls? Explanations may be forthcoming nest week, but I wouldn’t bet on it.