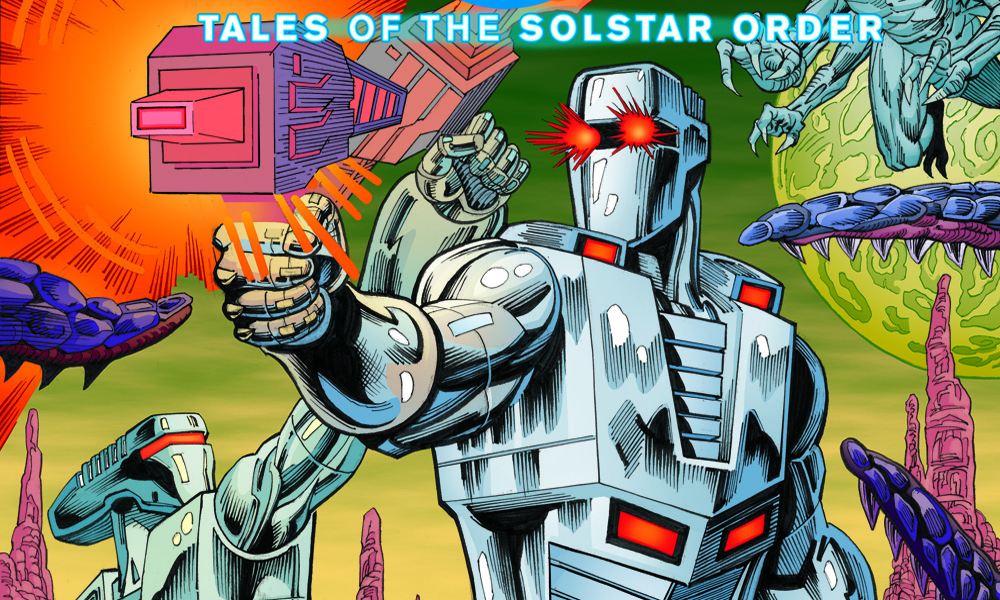 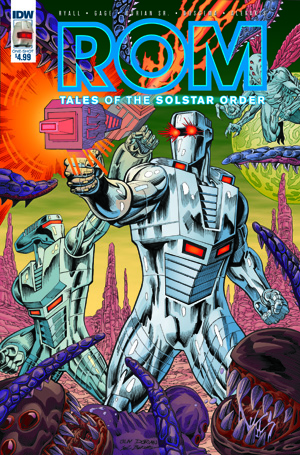 ic co-creator Sal Buscema’s storied return to the character… along with bonus art, an interview… and other cool extras”, this one-shot rather beautifully collects the “series of back-up strips” initially printed in Issue Eleven of “Rom” into a single “special” edition. As a result, regular readers of the Spaceknight’s ongoing monthly title probably won’t take much more from Christos Gage & Chris Ryall collaborative writing, except perhaps all the additional material, such as pencilled panels, crammed into the back of the book. But for those bibliophiles unfamiliar with the San Diego-based company’s currently licensed series, this eighteen-page long narrative contains an entertaining look at the Wraithslayer’s “third wheel”, Fy-Laa, and their genuinely sorrowful “last mission together”.

Indeed, for many of this comic’s readers, the one-time Velovian living on Elonia is arguably the star of this tale, ill-advisedly trying to live up to his best friend’s expectations one minute by unwisely ‘bulking-up’ his crystalline armour so as to look “more menacing”, and then nobly sacrificing himself at the adventure’s end when he realises he has been ‘fatally’ contaminated by “the strange planet of Verdulun-5” and its Dire Wraith desire for universal domination. Admittedly, the “assimilated” member of the Solstar Order does spend the vast majority of “Battle Scars” trying to kill the titular character, or at least damage Rom’s protective panoply so as to allow the planet-wide collective through his defences. Yet even amidst such despicable treachery, Fy-Laa is still, in his addled mind at any rate, simply trying to bring “a peace that, together, with our ability to fly unaided through space we will carry to every living being in existence”, rather than maliciously betraying his old chum from the Elonia University of Arts and Sciences.

Of course, this marvellous magazine’s greatest asset is its rich-looking illustrations, which prove a joy to behold, especially to those long enough in the tooth to remember Sal Buscema’s original “ten-year run as artist of The Incredible Hulk” and “Marvel Comics” 1979 Galadorian incarnation of the Spaceknight. Impressively pencilled by Guy Dorian Senior, this narrative’s leading cast really impress in every single panel within which they appear, whilst the New York-born inker’s finishing is magnificently ‘highlighted’ throughout the book’s printing process to the point where one can debatably see every single embellishment the eighty-two year-old has made over the original artwork.

Be Sure to check out Simon’s blog: https://thebrownbagaeccb.blogspot.co.uk/